By Politrickss (self meida writer) | 25 days

Former Kiambu Governor, Honorable William Kabogo has finally opened up about the ongoing debate and commotion over the just released by election results which were held yesterday in different parts of the country. 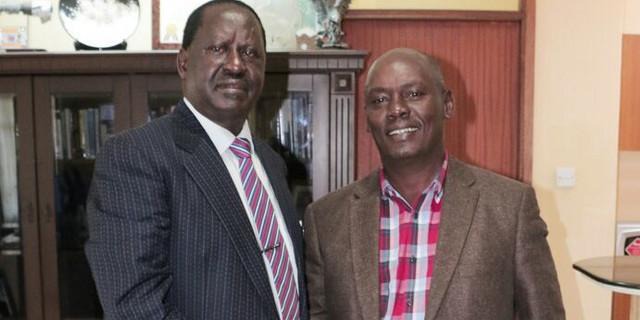 While reacting to the outcome of Juja by elections where the United Democratic Alliance Candidate, Honorable George Koimburi who took the seat after beating all the other candidates, William Kabogo urged all politicians who had been vying for different political seats to make sure they accept they have been defeated and in instead of complaining work together with the just elected members.

According to the reports given by the former governor, he said that on behalf of the people of Juja and speaking with the authority as one of the longest serving governor of the area, all of the politician who have just lost their seats or failed to get what they wanted to now make sure they stop putting in moves that might separate residents and make sure they now build a way to unify both party members.

He went ahead and called upon one of the most determined Candidate, Honorable Susan Njeri who they had given to go against the United Democratic Alliance to now work together with Honorable George Koimburi in order for the both of them to make their regions a good place. 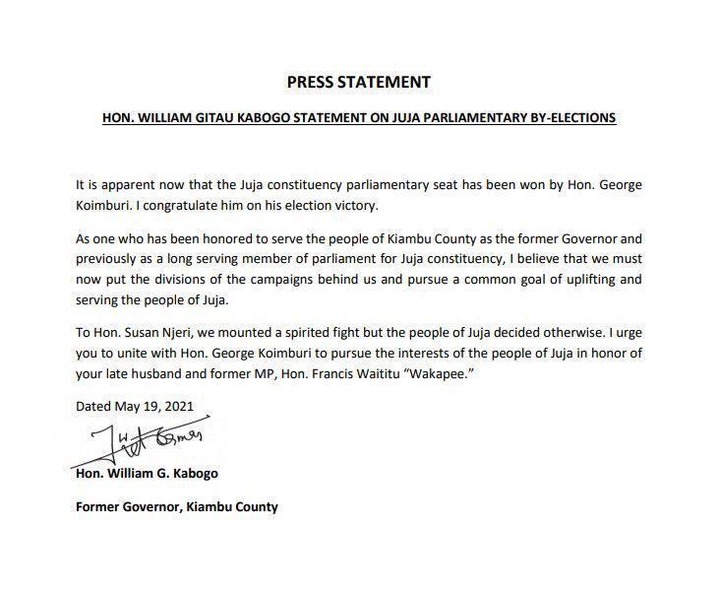 His remarks has however sparked alot of reactions from Kenyans who seemed to have different opinions and suggestions on the matter and on how this kinds of things should be handled.

With a section of Kenyans calling him out for allegedly giving in so easily despite the fact that Honorable Susan Njeri revealed that there were multiple election irregularities, others went ahead and congratulated him for leading by a good example by accepting thzt their candidate had lost. 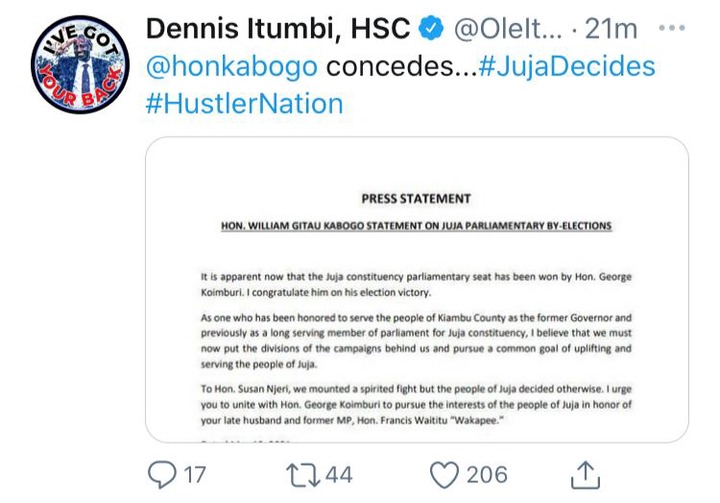