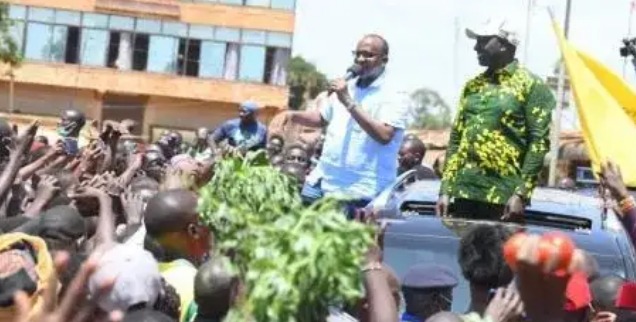 The Deputy President, who is in Busia to popularise his 2022 presidential bid, did not shy away from addressing the issue, accusing his political rivals of orchestrating and using young people to cause chaos.

The DP shamed the politicians for paying youth to cause the violence and warned that his government will not allow bureaucrats to use young people, but rather he will create job opportunities for them. 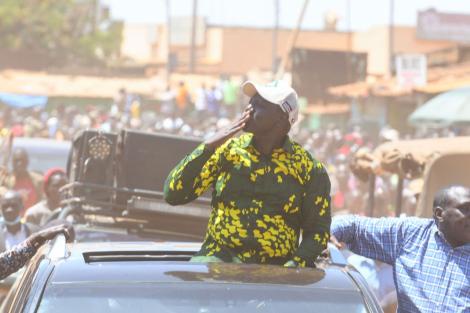 He also urged the youth to avoid being used by politicians for their own gain and promised them that he will change the country if he is elected President in 2022.

Reports indicated that following the chaos in Busia, the DP scaled down his political engagements in the area.

During the chaos, several vehicles were reportedly destroyed.

Reports indicated that the anti-riot police intervened to pacify the situation at Korinda area along the busy Busia - Kakamega Highway.

Drivers plying the route found themselves in the middle of the chaos, with some of their vehicles becoming collateral damage.

Videos seen by Kenyans.co.ke showed Wanjigi ducking as some people in the crowd hurled stones at him.

The ODM politician, who is challenging Raila Odinga for the party presidential ticket, was forced to cut short his speech and speed out of Migori town on day two of his Nyanza tour.

NCIC called on politicians to reign in on their supporters and warned against intolerance noting that all politicians are free to campaign in any part of the country without feeling insecure.

Uhuru's Powerful Quotes, Punchlines In 2nd Last State Of The Nation Address Before He Retires