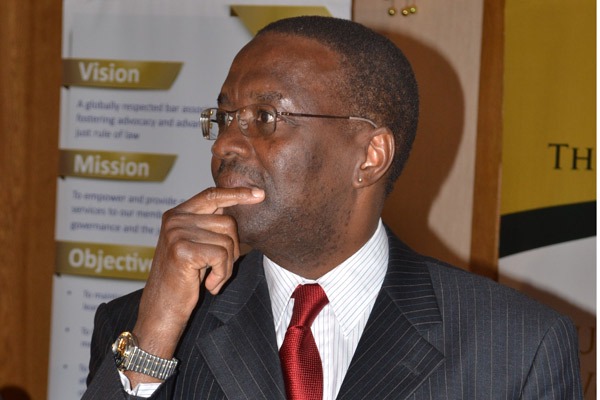 Willy Munyoki Mutunga, was born on, 16 June 1947 in Kitui District, Eastern Kenya. He has over the years risen through the heights of success, placing his name in an hitherto of untouched heights in the competitive law and education sphere. 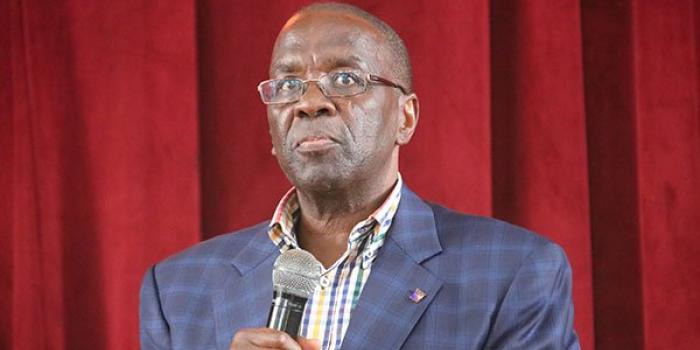 He is a renown Kenyan lawyer, intellectual, reform activist, and was the Commonwealth Special Envoy to the Maldives. He is also an active member of theJustice Leadership Group. He is the retired Chief Justice of Kenya and President of the Supreme Court of Kenya.

Gabriel Dolan, a renown Twitter blogger took to social media pages and shared a controversial headline from Nation Africa. The headline read, "Chief Injustice" and a thumbnail photo of former Kenya's Chief Justice, David Maraga was captured under the headline. 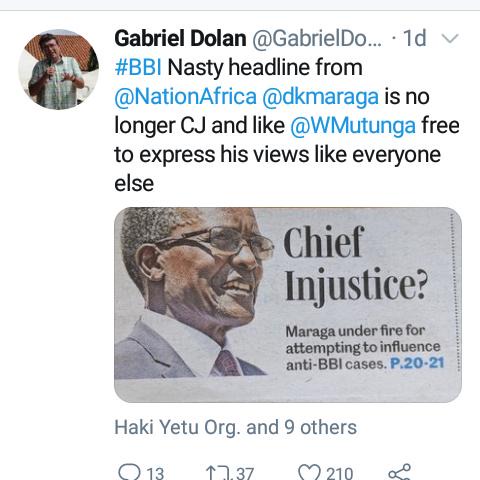 A brief introductory sentence captured under the photo articulated, "Maraga under fire for attempting to influence anti-BBI cases."

Willy Mutunga was unimpressed by the headline and in response brought to the public limelight the shocking news of what happened to him back in the year 2013.

He stated, "I was called exactly that by CORD followers in 2013. This abuse of CJ Maraga this time round is from the NASA-JUBILEE DICTATORSHIP. Abuse from abusers and purveyors of injustice boomerangs upon them."

The former CJ post drew mixed reactions from netizens with many terming the CJ's claims unfounded and unjustified. Some of the reactions include: 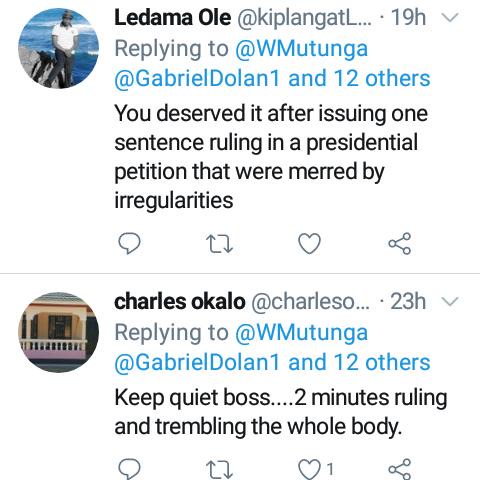 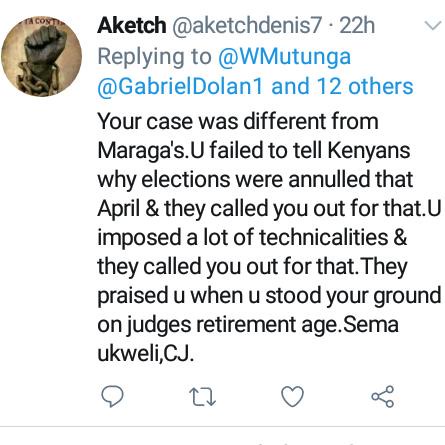 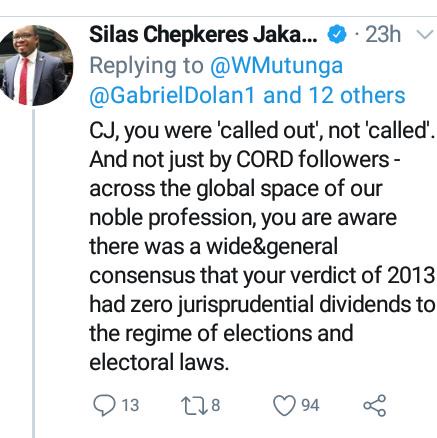 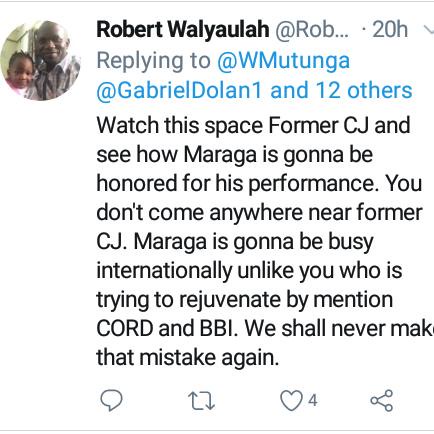 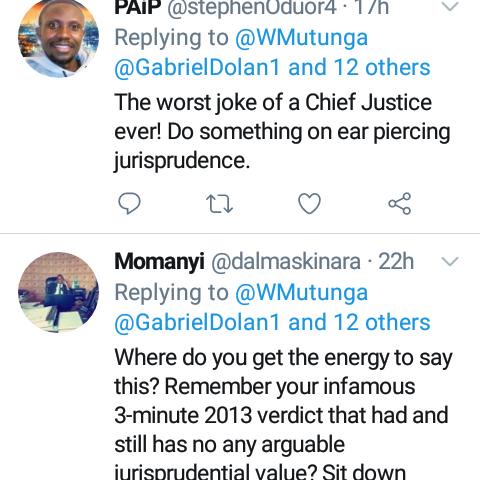 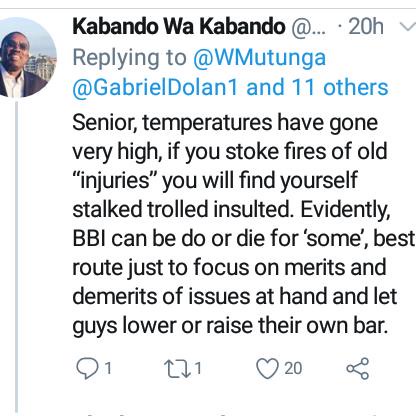 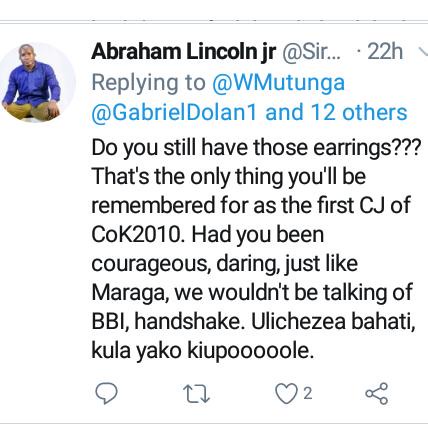 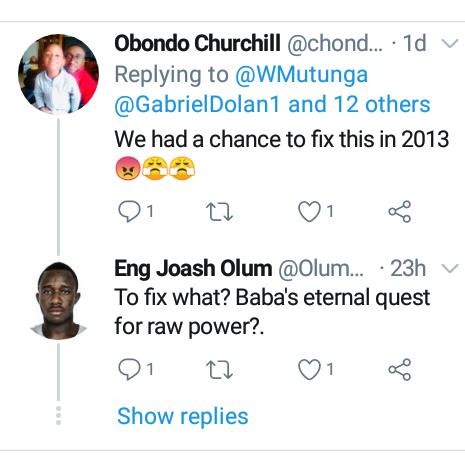