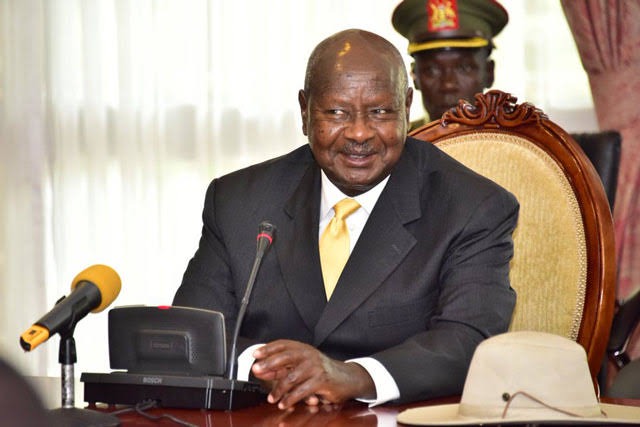 Uganda President Yoweri Kaguta Museveni has been dealt a blow after More than 50 people who have been campaigning for him online were banned from using Facebook, three days before the General Elections on Thursday, this week.

Supporters of the ruling National Resistance Movement (NRM), over the weekend, claimed that their Facebook accounts they were using to attack President Museveni's opponents were closed in a state of shock. 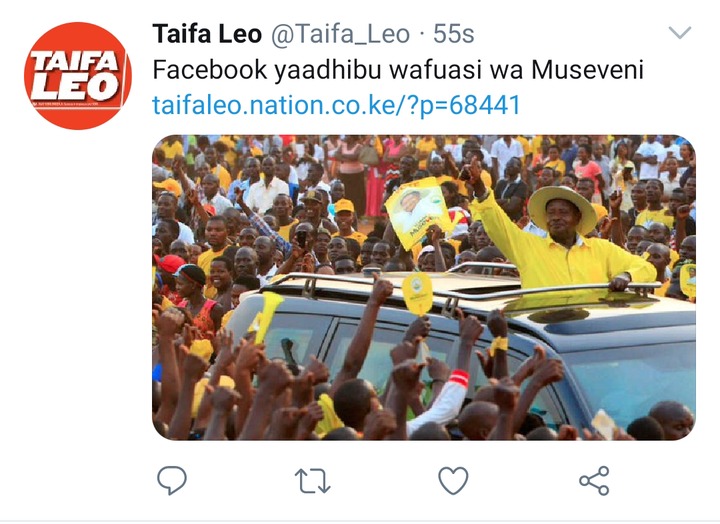 "It is a shame for Western nations who think they can force Ugandans a leader who is their puppet. Even if they close the Facebook accounts of NRM activists, President Kaguta Museveni will still win the next general election, ”Don Wanyama, head of the president's communications unit, told reporters at the weekend.

Wanyama claimed that foreign powers were sponsoring opposition candidates with the aim of ousting President Museveni from power.

"Facebook closed our accounts after Bobi Wine asked them to do so," claimed one of the NRM's bloggers.

The NRM activists now want President Museveni to ban the use of Facebook in Uganda during elections.

"We've had a lot of activities lately and we don't have time to get involved in dirty politics," he said.

Ugandans have now expressed concern that the internet may be shut down during the election.

During the 2016 general election, the government also shut down the internet due to allegations of trying to block the distribution of information that could have led to an outbreak of violence.

Among the people whose Facebook accounts have been shut down is that of presidential adviser Jennifer Nakangubi, popularly Full Figure.

After being barred from meeting people to avoid transmitting the corona virus, Bobi Wine has been running his campaigns on social networks such as Facebook, Twitter and Instagram.

But several times the NUP has been complaining to the ruling NRM party for trying to reduce its accounts.

If elected, Museveni, 76, will have the opportunity to lead the East African nation for a sixth term.

In addition to Bobi Wine, President Museveni is battling 10 other candidates, including one woman.

Facebook usually removes the account when a user posts things that cause violence or violence especially during elections.

Facebook has not commented on the reason for closing down NRM supporters' accounts.