Powerful Western Kingpin Who has Been Avoiding UDA Man's Up, Stamps Authority in Bungoma Event

By TheDailyOnlinePunch (self media writer) | 3 months ago 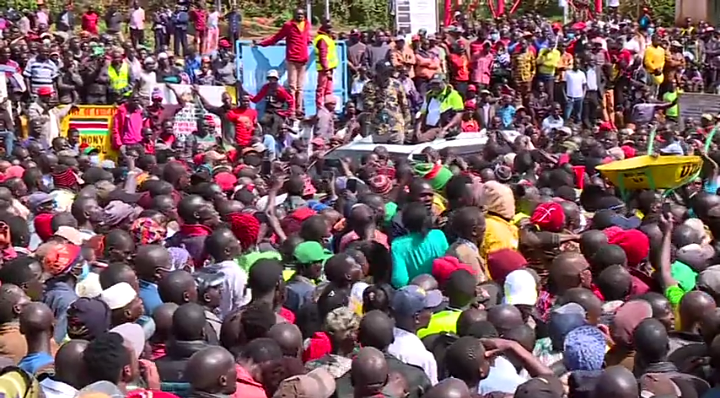 When he was tapped on by president Uhuru Kenyatta and William Ruto in 2017 to take charge of Jubilee campaigns in Bungoma county, the current speaker of the Senate Kenneth Lusaka answered the call and delivered several thousands of votes to Uhuru's basket. Since then, Lusaka has been one of president Uhuru's inner core members overseeing the success of state sponsored bills in the Senate.

All along, those who close to him knew that it was DP Ruto who netted him into Jubilee and awarded him after he lost 2017 Bungoma gubernatorial race to Wycliffe Wangamati.

Due to mix up of power between Uhuru and Ruto, Lusaka has been avoiding being associated with the DP's UDA party and his newly formed faction that includes Mudavadi and Wetangula. The avoidance has finally ended today after the kingpin manned up and declared where his heart really stands.

Speaking at Kapsokwony Market in Mount Elgon in Lusaka's absence, Wetangula made it clear that Lusaka is now a Ruto man and has been crowned the next governor of Bungoma county by team Ruto.

The DP in his side told residents that he had been sent by Lusaka to deliver greetings to them."My good friend Lusaka who is not with us here today told me to greet you on his behalf," said Ruto as the crowd cheered.

No more running, Lusaka is now a Ruto man.