Millicent Omanga Bounces Back To Defend Herself From City Girl

Tangatanga nominated senator, Millicent Omanga has come strongly to defend herself from the claims which made Beverlyne Kwamboka.

According to the nominated senator, her team was the one which delivered an Umbrella to Bevarlyne, she revealed that during that time she was outside the country and was not part of that team that delivered the products. 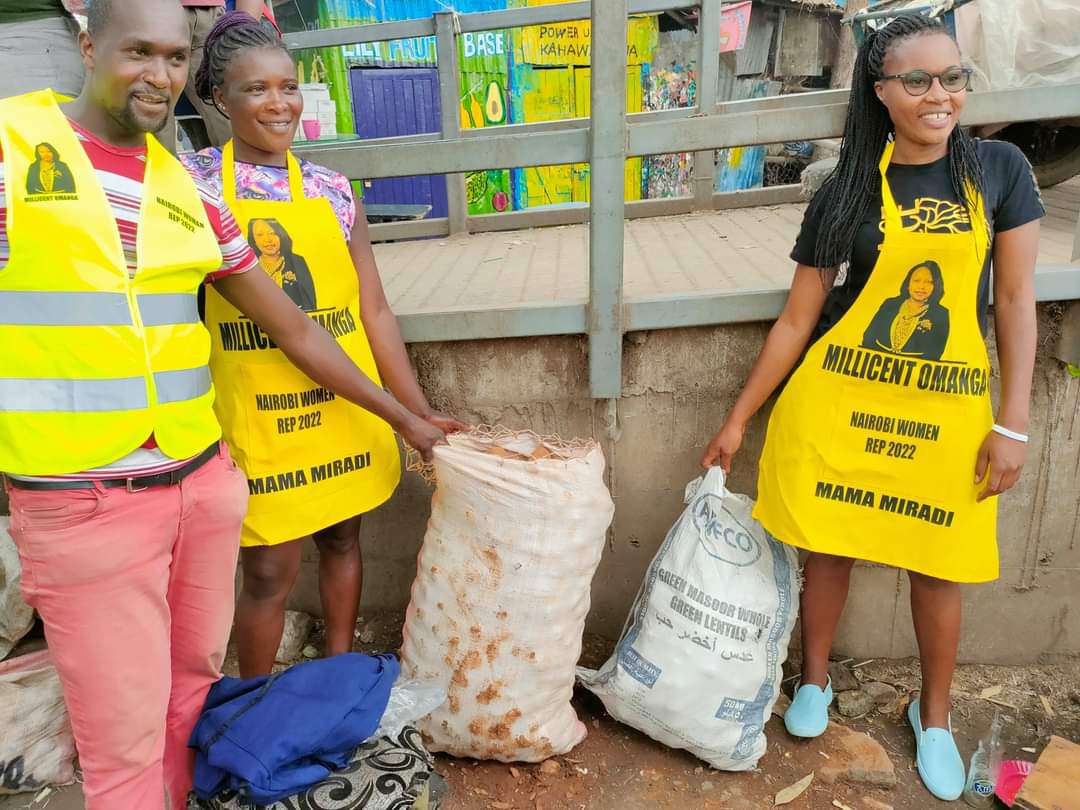 " When it was brought to my attention that Bevalyne Kwamboka had publicly requested for an umbrella to help shield her from rain and sun as she does her chips business I was out of the country but immediately dispatched my team to visit her and offer her the help she needed. " Millicent stated.

Earlier senator Millicent Omanga had alleged that Beverlyne had been issued with an Umbrella, money and stock which was going to help her boost her business. 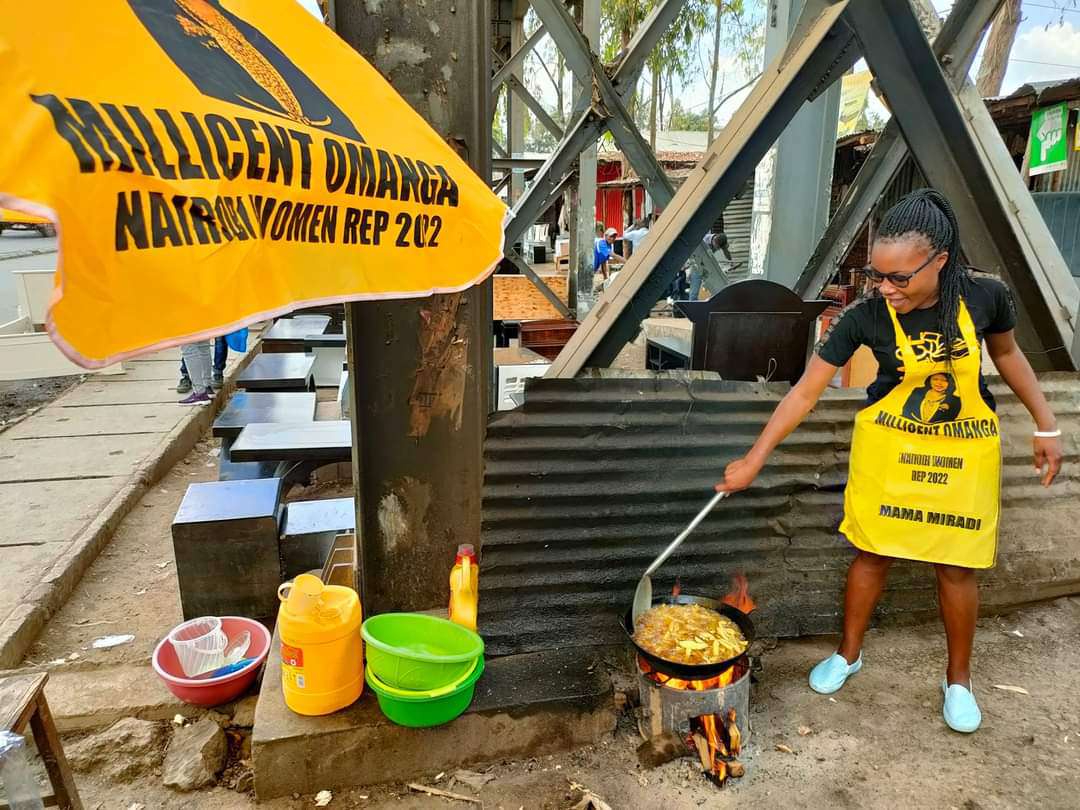 However Bevarlyne came out to strongly to refuse that she had been given cash and some other products to help in running her business. 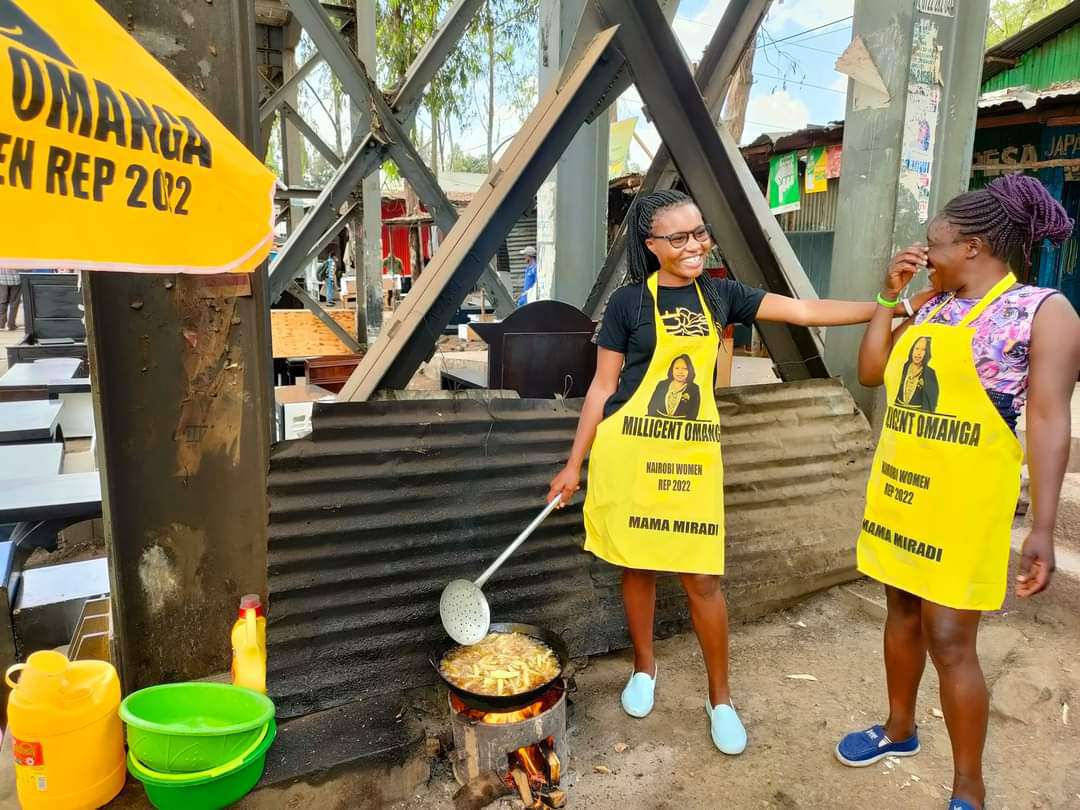 In her tweet, she alleged to have received one umbrella, 2 aprons and potatoes worth three hundred and fifty shillings and all other claims were not true. From the pictures shared by her, she stated that the Potatoes in a big suck had been purchased earlier by her so as to help in running the business. 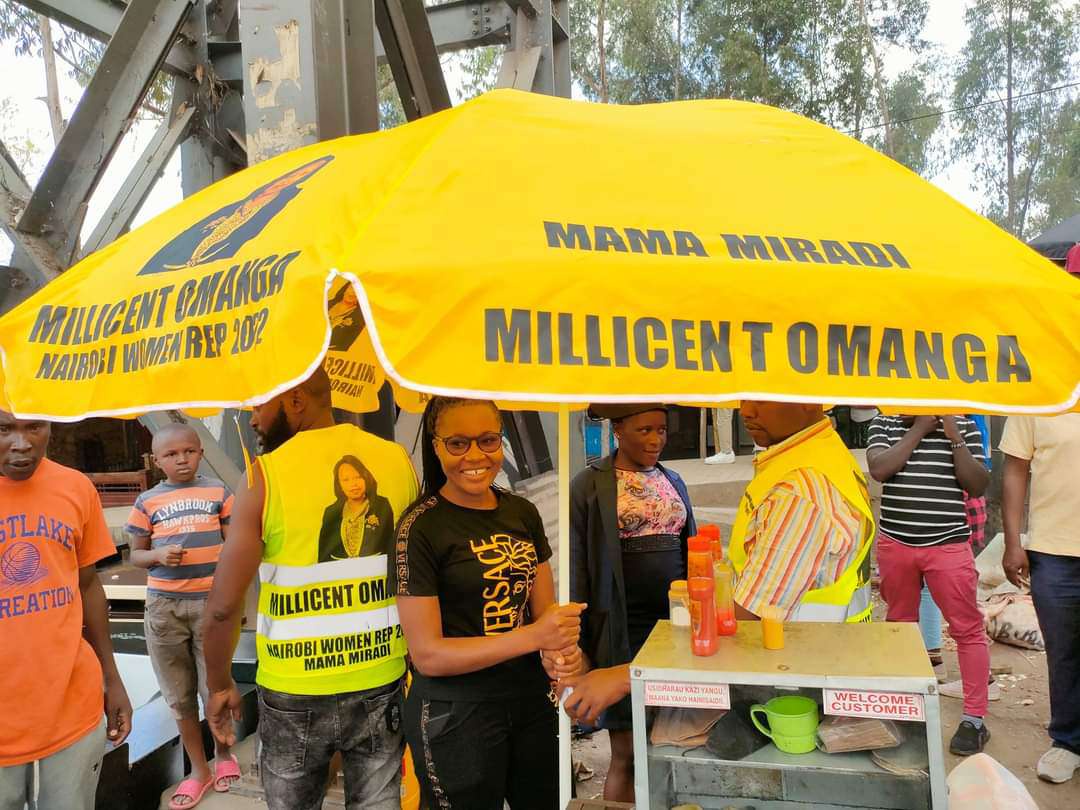 " For clarification, team Millicent Omanga only bought waru za 350 came out of the vehicle with 5 umbrellas, took photos returned them and gave out one and two aprons. Hiyo mambo ya cash haikua plus stock ni ya 350. Hizo waru gunia kubwa i had bought and started the day. ' ' Bevalyne Kwamboka stated.