By @Mzalendo1 (self meida writer) | 1 months 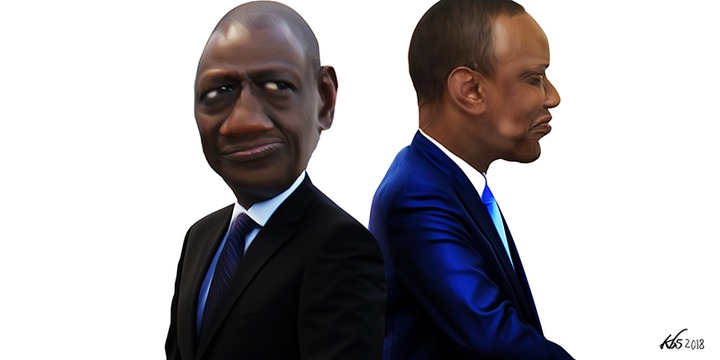 The Deputy President has intensified his Charm offensive in Kiambu County, which for a long time has been perceived to be a Jubilee stronghold. Recent turn of events, suggests that the Dr William Ruto is gaining ground, with key politicians from the region crossing over to his side, the latest being Kiambu Women representative Honourable Wamuchomba.

The win by Moses Kuria's People Empowerment Party, in the Juja by-election last month, came as an unpleasant surprise to the President, forcing him to call for a shift in strategy ahead of next month's by-election in Kiambaa constituency.

The President could perhaps borrow a leaf from the by-elections in Kabuchai and Matungu, where the Ford Kenya and ANC parties, ruthlessly outmuscled UDA in the respective constituencies.

In Kabuchai for instance, as soon as polling stations opened, all UDA agents were arrested on grounds of planning to bribe voters and influence the elections, they were then taken to Bungoma Police station where they spent the entire day and night, and were released the next morning on cash bail just as the results were being announced.

In Matungu Constituency, the ANC party took it to a whole other level, by stationing strong men at each polling station to ensure that ODM and UDA don't still any vote, it is said that the strongmen were so vigilant that even the police were afraid of them.

With UDA's soon to be party leader, Dp Ruto, personally requesting MP Moses Kuria to withdraw the PEP's candidate in the Kiambaa by-election in favour of the UDA candidate, the writing is well on the wall. The second in command is spoiling for a one on one contest with the President.

His excellency, Uhuru Kenyatta, has no choice but to go head to head with his deputy and prove to him who is boss. With that said, the Commander in Chief is relying on his strongmen to do the job and deliver the Kiambaa seat.