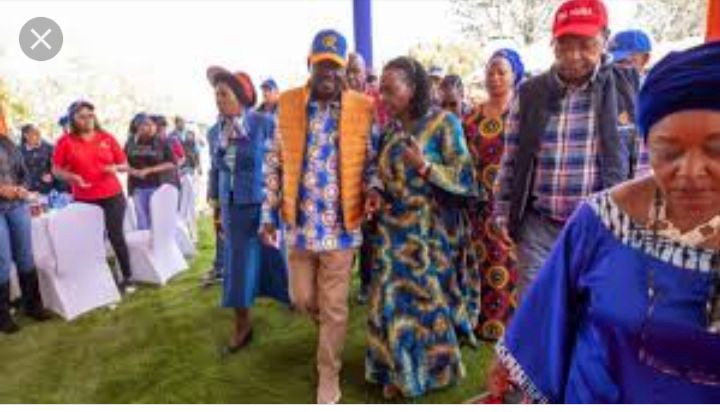 Kenyans concluded its last general elections on Tuesday ninth of August 2022. During this time, Kenyans took part in electing leaders of their choices in different elective political positions as MCAs, MPs, Senators, Women Reps, Governors and in the Presidency position.

On Tuesday thirteenth of September, Dr William Samoei Ruto was sworn in as the fifth president of the Republic of Kenya.

At the parliament, both Odinga's Azimio La Umoja-One Kenya Alliance and Ruto's Kenya Kwanza Alliance camps are seen struggling to get the Majority Leader post. Both Azimio and Kenya Kwanza waves are claiming to be the majority in the National Assembly.

In what is seen as a huge blow for Odinga's Azimio La Umoja-One Kenya Alliance, reports leaked that the ruling coalition Kenya Kwanza Alliance have dragged Azimio to court on allegations that the Azimio is quietly plotting to deregister Ruto's UDA party.

In a report by the Chairman of the Farmers Party Honorable Irungu Nyakera on Friday, Nyakera accused Azimi of conspiring to deregister Ruto's UDA party from the the list of political parties in Kenya.

Mr Nyakera argued that the registrar of political parties was being pressurized by Azimio to remove both UDA and Farmers Parties for not registering as data processors by 25June 2021, when the registration was due on 14July 2022 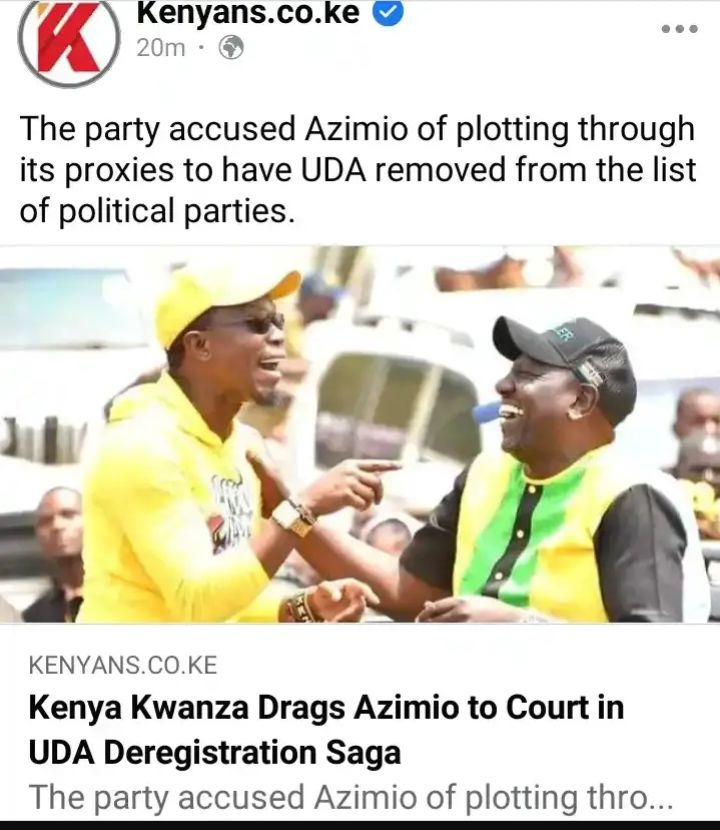 What Kenyans Told Raila As He Ends Kamukunji Azimio Rally