By Profile (self media writer) | 3 months ago 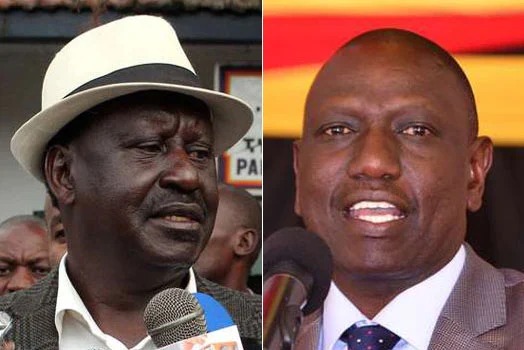 As the country prepares for the August general election, political tensions are rising. Politicians are devising strategies that will ensure their re-election in the upcoming elections.

The scientific survey took place in six counties: Siaya, Kisumu, Homa Bay, Migori, Kisii, and Nyamira. Voters over the age of 18 were invited to participate in the poll.

With 78.8 percent of the vote, ODM party leader Raila Odinga emerged as the most popular presidential candidate. Deputy President William Ruto came in second place with 17%. Musalia Mudavadi, the leader of the ANC, came in third place with 2.5 percent. 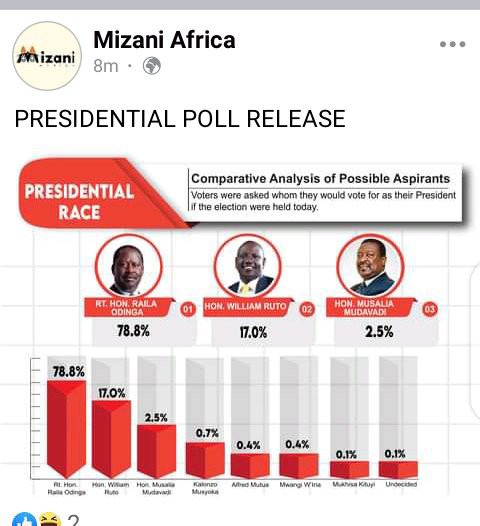 In terms of political parties, the ODM emerged as the most popular political party among the six counties, with a 75.6 percent approval rating. Ruto's UDA party came in second with 11.2 percent, while the ANC came in third with 3.2 percent. 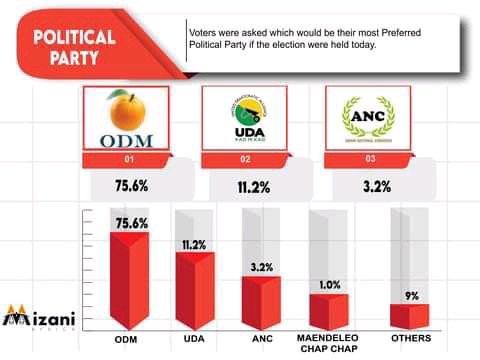 These figures have elicited strong reactions on social media, with some Kenyans agreeing and others raising concerns. Raila Odinga is from the Nyanza region, which has historically voted in his favour. Please share your thoughts.

Content created and supplied by: Profile (via Opera News )