UDA is Not a Political Party but a Cartoon - Buzeki

By ElvanisRonoh (self meida writer) | 1 months 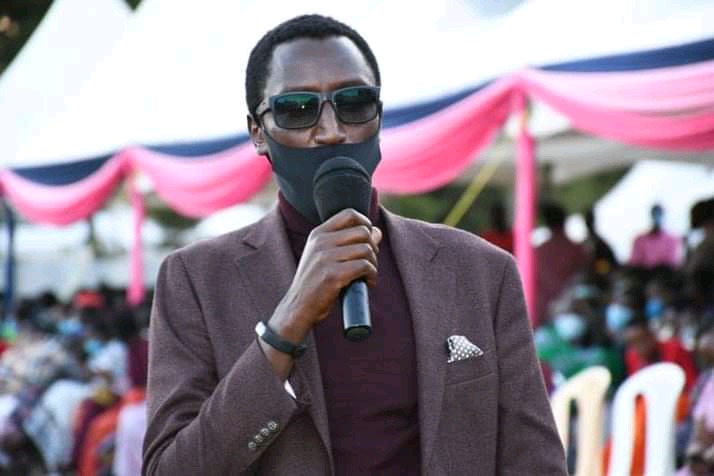 Through his official Facebook page Buzeki said the party does not command 40 percent in regions where it's not popular.

"UDA is not a political party,it is a CARTOON. For a party to propel you all the way to statehouse, it SHOULD command atleast 40% in region where it is not popular. In Machakos, the party managed to command 7%. Some people should drop unachievable political ambitions," said the former Uasin Gishu gubernatorial aspirant.

Buzeki vied for the Uasin Gishu gubernatorial seat but was defeated by the incumbent governor Jackson Mandago who is serving his final term in office. 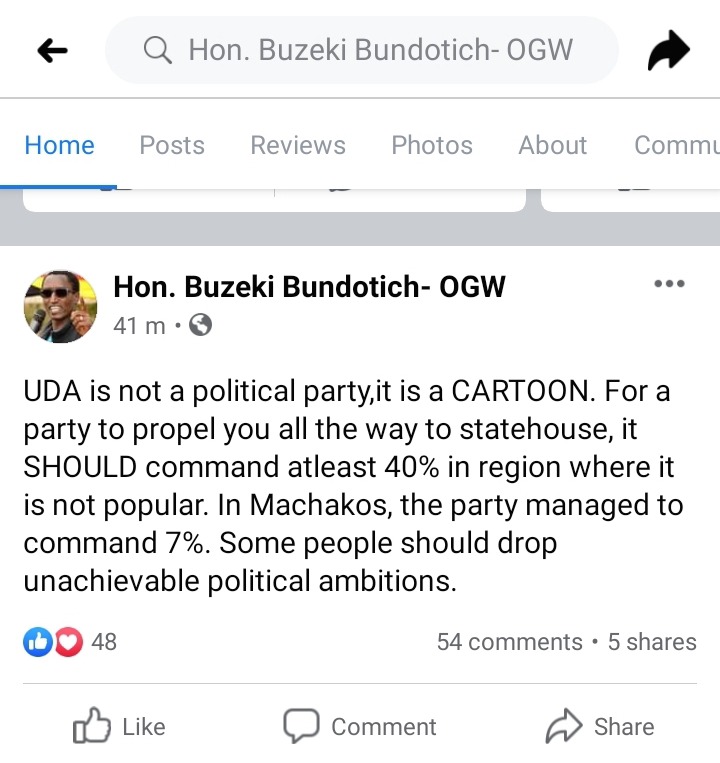 He had also declared his interest for the Uasin Gishu gubernatorial seat come 2022.

Ronald Kiplagat Morogo says "This wet dreams of you being a governor of the great county of UG isn't attainable,"

He is also a big critique of the deputy president William Ruto.

Birgen Kim says "Why should you bother and you're not a member, we've so many parties in Kenya but you only concentrate on UDA , meaning it's a wave.......peleka ujinga mbali,"

Photos: War Ravaged City of Mogadishu Roars Back to Life

Why Always Raila Kenyans Blame Raila For His Silence

"After Killing Her, I Tried to Kill Myself Three Times but The Ropes Kept on Snapping, " Catherine's Killer Confesses