By Kenyan..Blog (self media writer) | 1 year ago 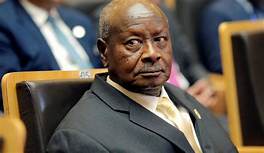 Chief Justice Owiny-Dollo is the lead judge on the 9 panel of the justices that are set to hear the petition that was filed by the NUP party on Feb 1st.

But now, the lawyer now argues that the CJ is associated and has a relationship with the president given that he was Museveni's lawyer which is not only illegal but also unacceptable has the justices may not be done on NUP's case.

Mr. Mabirizi claims that CJ Owiny-Dollo was once a lawyer representing president Museveni in the petition that was filed by the Forum for Democratic Change presidential candidate Kizza Besigye in the case that was also challenging Museveni's election results.

He also argues that the CJ was spotted at State House meeting with the president soon after the NUP party filed its petition at the Supreme Court, so, if the CJ participates in the NUP case, confidence of citizens in the entire judiciary will be eroded.

The NUP party led by Robert Kyagulanyi Ssentamu alias Bobi Wine filed a petition to challenge the results that were announced by the Electoral Commission in which President Museveni was announced as the winner with 6 million votes. Mr Kyagulanyi came second with around 35 percent of the total valid votes.

The Party wants the court to nullify the 2021 General Elections and also to ban President Museveni from participating in the future polls.