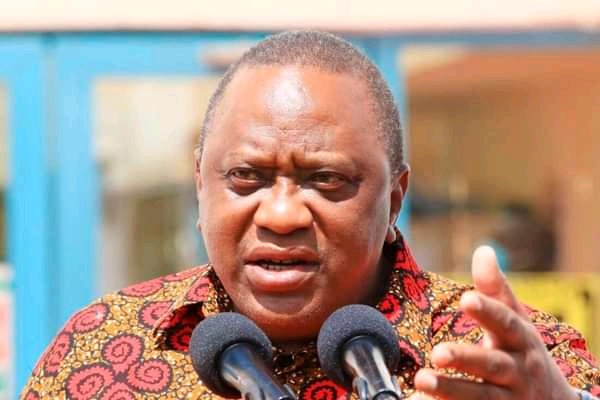 Kenyans should prepare for a UDA government after the much anticipated 2022 general elections, former Kakamega senator Boni Khalwale has said.

The new party is being led by Deputy President William Ruto, who has made clear his 2022 presidential bid, terming himself the best man to succeed Uhuru Kenyatta, who is on his way to retirement.

Khalwale, a top Ruto ally, says that judging by the latest happenings in the country, especially after the Kiambaa mini polls win by the UDA, it is clear that the party will also deliver a win in 2022.

He adds that the outcome also indicates that the said deep state is no longer there, in an apparent reference to the loss of the ruling Jubilee Party in the race, which some thought will do everything to clinch the seat.

"Lessons from Kiambaa by-election. Era of tribal/regional kingpins and ethnic voting is over. Deep state/system is a myth. In the absence of violence, IEBC can deliver free and fair elections. Election violence is a product of those who refuse to concede a loss. UDA will win in 2022," he said in a tweet, Sunday. 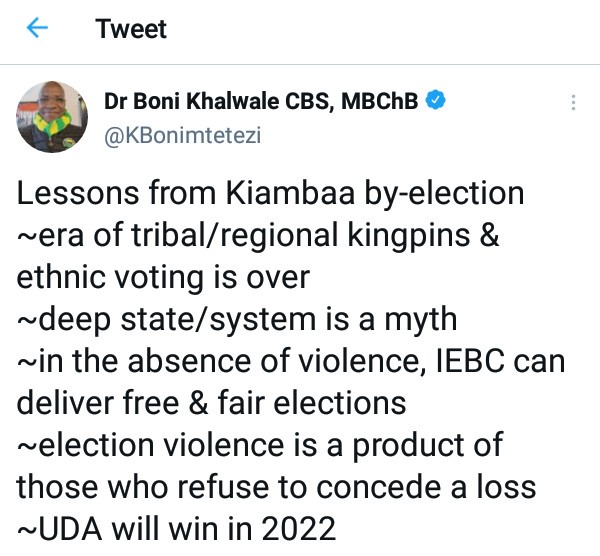 He adds that it also shows that the era of tribal voting and interference by regional kingpins has ended, considering that Ruto secured the win in a region considered not one of his strongholds.

To win, the DP will, however, have to battle and defeat among others, ODM leader Raila Odinga, who has also declared interest in the seat and is expected to take his fifth shot next year.

He is said to enjoy the support of the faceless cabal of powerful individuals, also known as the 'System', which according to recent publications, is out to ensure that Ruto is not slowed anywhere near the seat.

Uhuru has also hinted that he wouldn't like Ruto as his successor and earlier stated that it is time a different community, apart from the usual Kikuyu and Kalenjin, led Kenyans and offered a different kind of leadership.

"Kalonzo To UDA?" Speculations Rife As Khalwale Reveals What Kalonzo Told Him In Kitui