"We Demand That You Appoint Mp Washiali as Agriculture CS in Your Incoming Government," Ruto Told 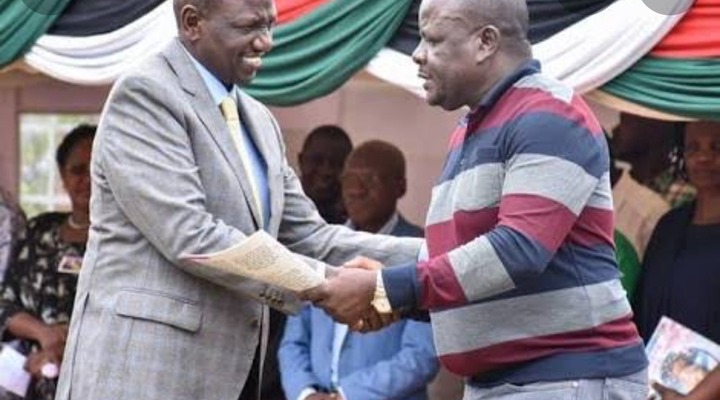 Senator Cleophas Malala has told Dp William Ruto to make Mumias East Mp Hon Benjamin Washiali the Agriculture Minister in His coming administration, if He means well for the industries in Western region, urging that they might cut ties with Him after August if He does not listen to their Cries once and for all.

The Senator claims that Washiali is a very big asset to Ruto since He is the Kingpin of the Wanga sub-tribe of Kakamega County who make the biggest population, and He can influence His people to stop supporting Him to derail the plan to get the 70% vote from the region. He added that the Dp should give make Washiali the Agriculture Minister, so that He can deal with the problems that Lughas are going through in terms of failed farming, and industrialization.

"Since Ruto has decided to beg our support, I also instruct Him to pick Washiali and make Him the Agriculture Cabinet Secretary in the UDA government if He really cares for us like He says, so that the Mp can deal with Agriculture problems that we are having in the Lugha nation. In addition, Washiali is the Kingpin of largest group of Wanga people who are part of Kakamega residents and He can tell His people not to support Ruto, and we will also break ties with Him after August if He doesn't do that. "Malala said. 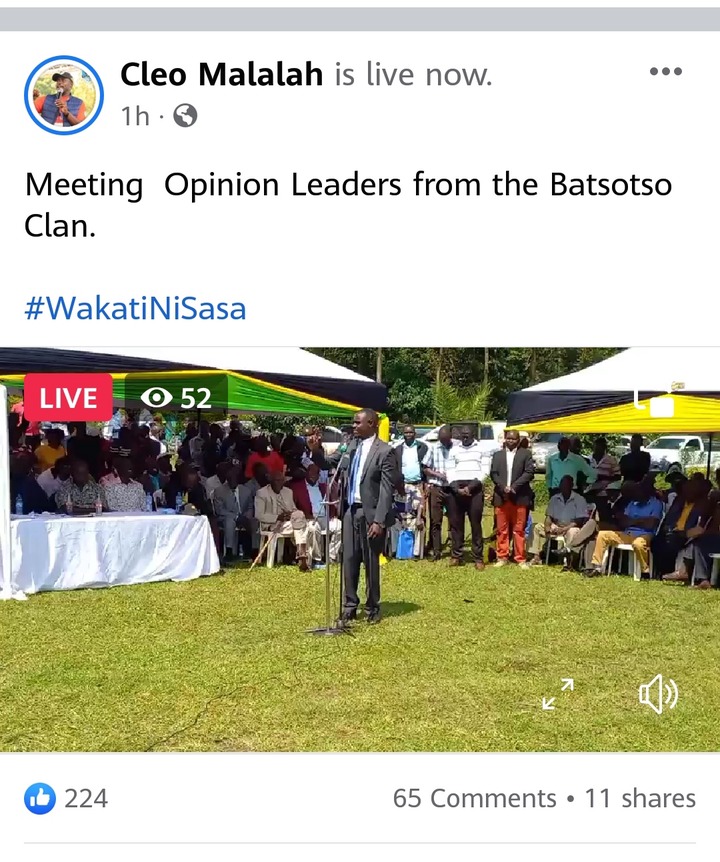 He further accused Governor Wycliffe Oparanya for allegedly being behind His Woes when He was MCA, since He was thrown to custody on several occasions because of defending the rights of His people, because the County Boss was using force and allocating county resources to private entities. Cleophas also reminded Oparanya of an Incidence where He beat Hon in public in Mumias when He linked Him to the sugar company Woes, adding that He is intolerant and people have never forgotten His behavior.

"I had a very rough time while working as an MCA because Oparanya ensured that I was arrested many times and fake cases imposed on me, since I defended our people who were suffering under His leadership. He later attacked and injured me during and event in Mumias, when I also named Him as part of the people responsible for the Sugar Milling Company problems, and Kakamega people won't forget His negligence and arrogance. This is the reason why we should not associate ourselves with Him. "The lawmaker said.

Malala spoke while meeting opinion leaders from the Butsotso clan today in Kakamega.