Renowned United Democratic Alliance party politician Honorable Kithure Kindiki has called out the 4 IEBC commissioners who allegedly rejected the election results that were announced by the IEBC Chairman Wafula Chebukati. 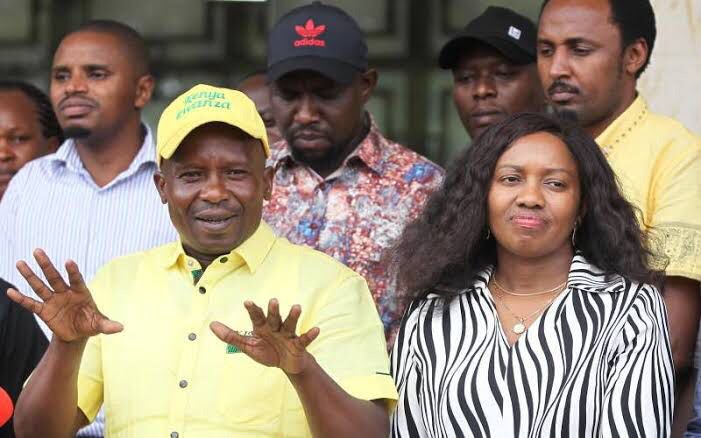 In a news report that has been shared by a reliable source of information, it has been revealed that the 4 IEBC Officials allegedly claimed that the IEBC Chairman Wafula Chebukati didn't involve them in some of the matters before announcing the deputy president of Kenya, honorable William Ruto as the winner.

Taking to his different social media accounts to express his opinion and suggestions on the matter, Kithure Kindiki has claimed that the 4 IEBC Officials don't know their job.

While reacting to this incident, kenyans who took to their different social media accounts to express their opinions and suggestions on the matter have called upon the Supreme Court To get into this in order to find out what is happening.

According to the reports given by most Kenyans, they claimed that it was so unfortunate that the government is wasting time with court cases despite the fact that Alot of people are currently suffering.

Winnie... I don't know what is happening in this country but the former prime Minister of Kenya should just go home. We are very tired of him and all of his drama i mean, what is not happening. We don't want to waste any more time here. 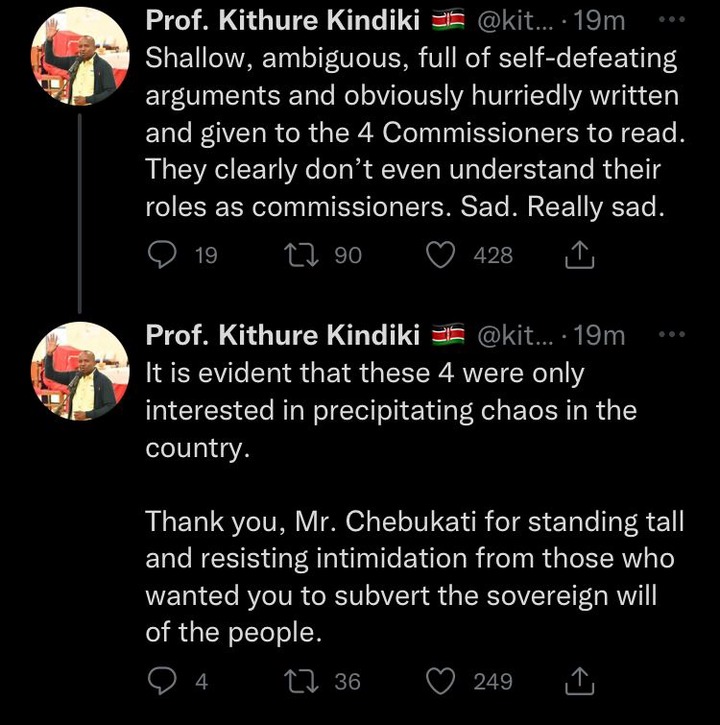 "If I Was William Ruto I Would Withdraw..." Kalonzo Advises President Ruto On How He Can Avoid Shame