Ethiopia: Why Ruto Was Treated With A Green Carpet Instead Of Red; 5 Things You Didn't Know About It 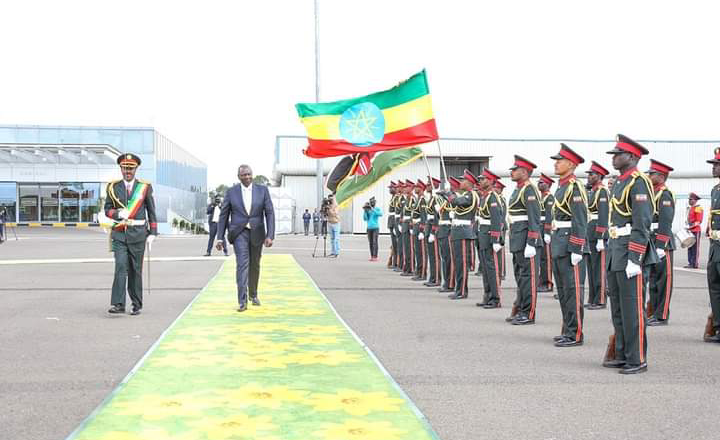 As President William Ruto made his first state visit to Ethiopia today on October 6th, one distinct thing that could be noted during his arrival in Addis Ababa was a "rare" kind of carpet that was laid out for him at the airport.

Unlike in past arrivals of Heads of State in Ethiopia or in other places where we've been used to seeing dignitaries being received on red carpets, President William Ruto was received on a different one, that's one filled with much more bright and lively colours.

In photos that were shared on the internet after his arrival, the Kenyan Head of State who had taken the Fokker 70 Presidential jet was treated with a light green carpet that had bright yellow flowers.

As seen below, the colourful carpet was laid right from stair truck at the entrance of the jet to the dias where he received a military salute and even the on the walkway he used to inspect the guard of honour that had been mounted for him. 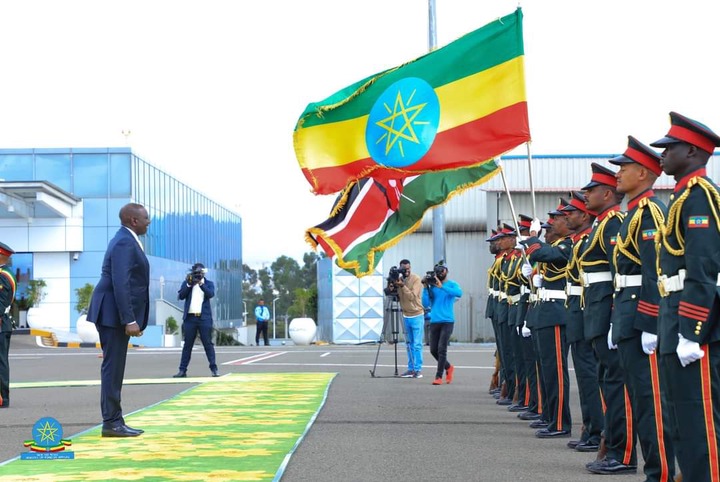 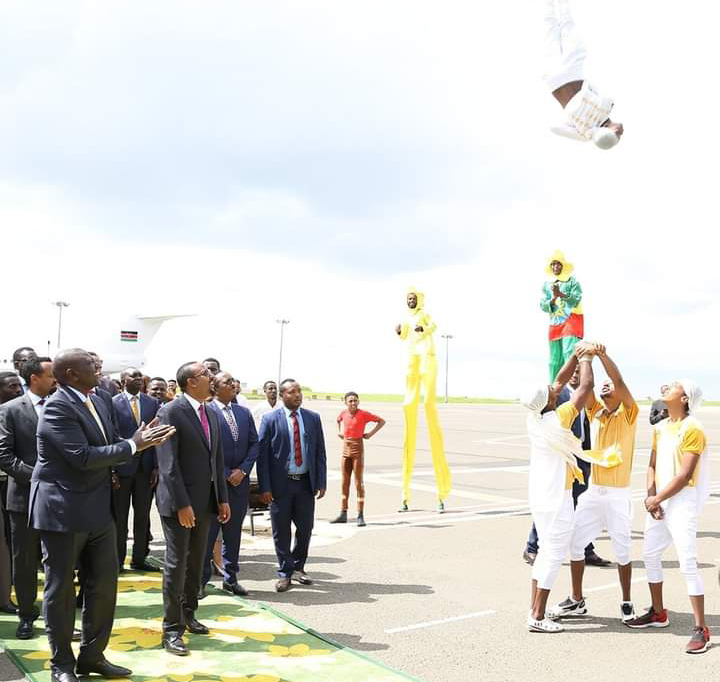 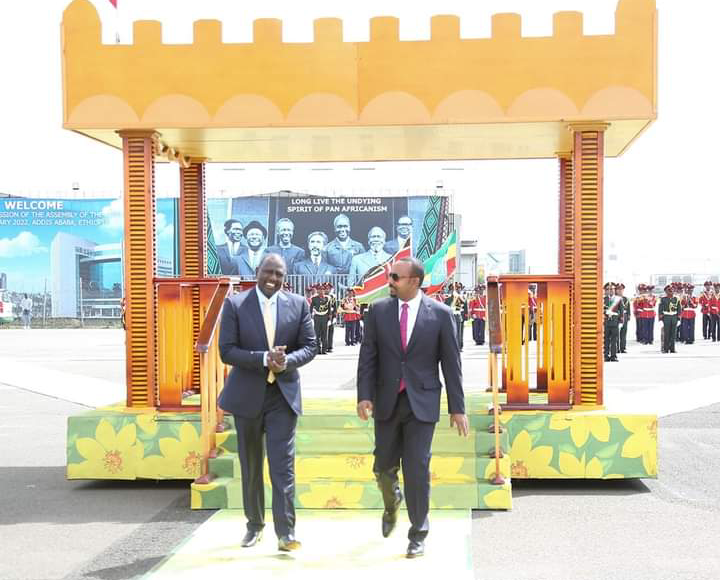 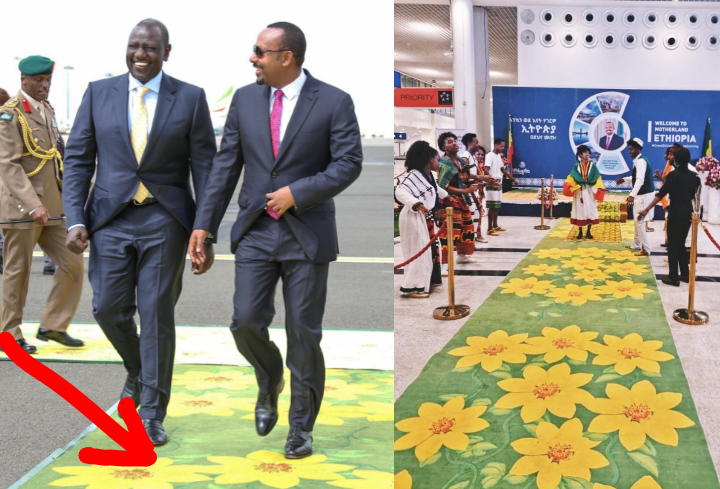 If you are among those who have been following developments in Ethiopia, I bet the green-yellow carpet didn't get you by surprise.

In Ethiopia, it seems that the days of red carpets are finally over and their place has been taken over by this colourful green carpet.

We say this because it's actually one year since this carpet was first flaunted to the world by the Ethiopians and below are five things you ought to know about the same;

1. The green-yellow carpet was first laid out to visiting Heads of States in October 2021. 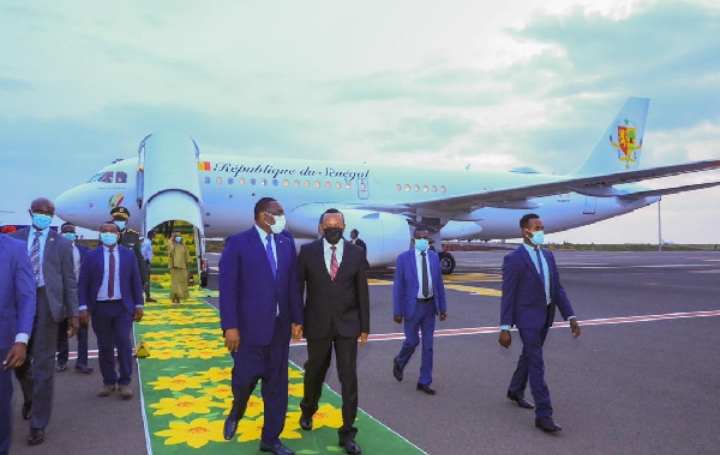 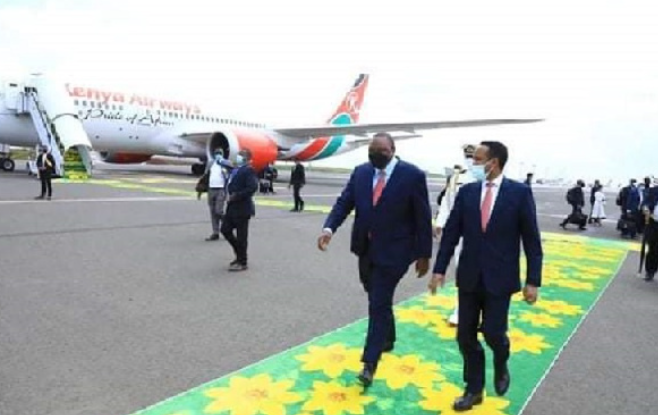 October 3rd 2021 was the day on which this new carpet was laid out for foreign leaders in Ethiopia various Heads of State converged in Addis Ababa for the inauguration of a new Government led by Abiy Ahmed.

2. The carpet was introduced to replace the red carpet. 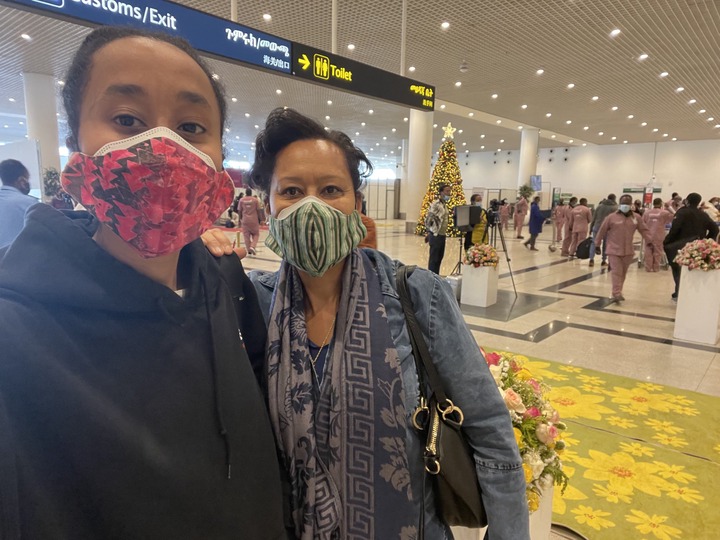 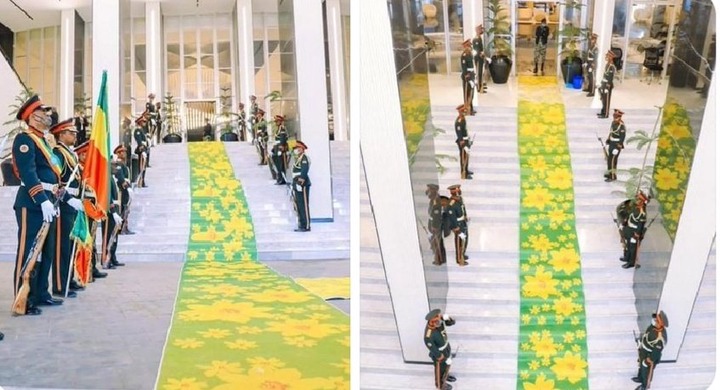 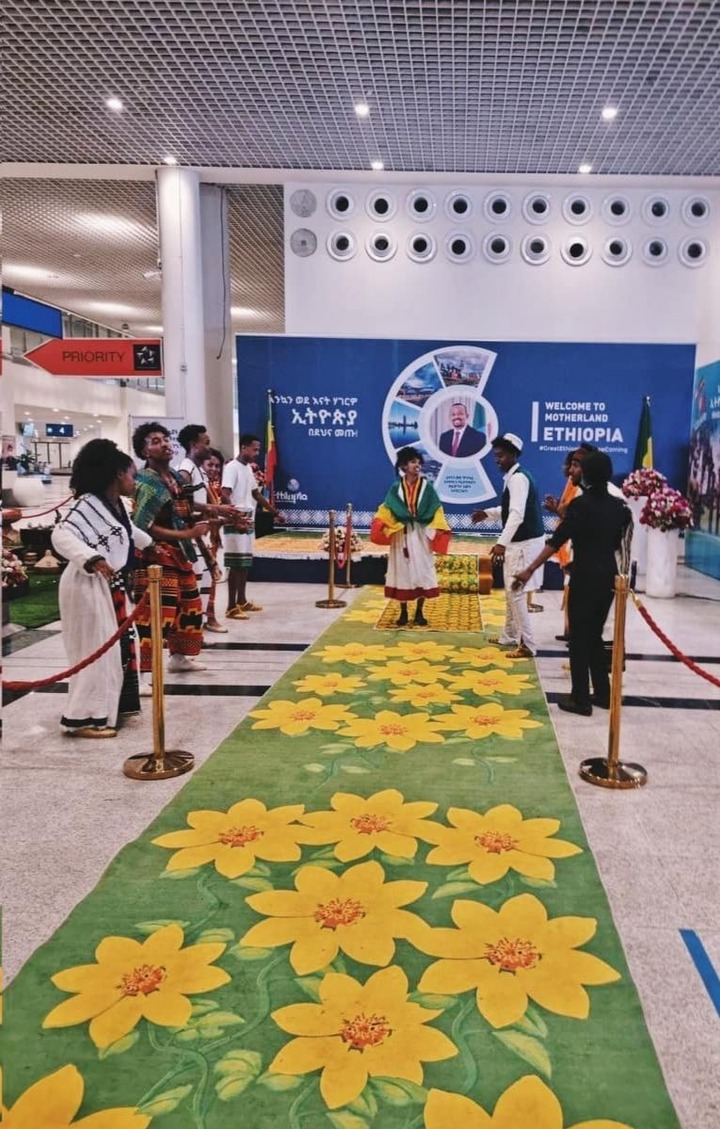 The new colourful carpet has taken all the places that the red carpet used to occupy starting from the airport, to airport lounges and even at hotel entrances, in hotel lobbies and all publicity events.

3. The green-yellow carpet is aimed at celebrating, embracing and selling Ethiopian history, culture, values and heritage to the world. 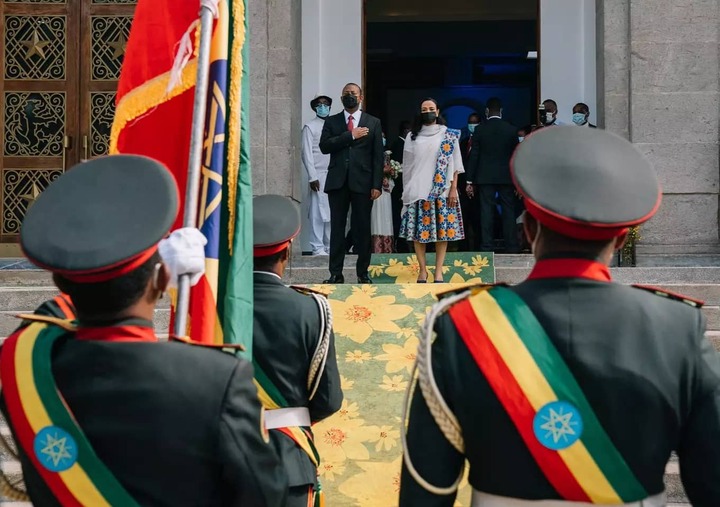 4. The carpet is a product of an Ethiopian carpets and rugs company called Aklill Company.

It's by the way called an Adey Abeba Carpet and it's been manufacturered by Aklill Company, an Ethiopian company specializing in such products. 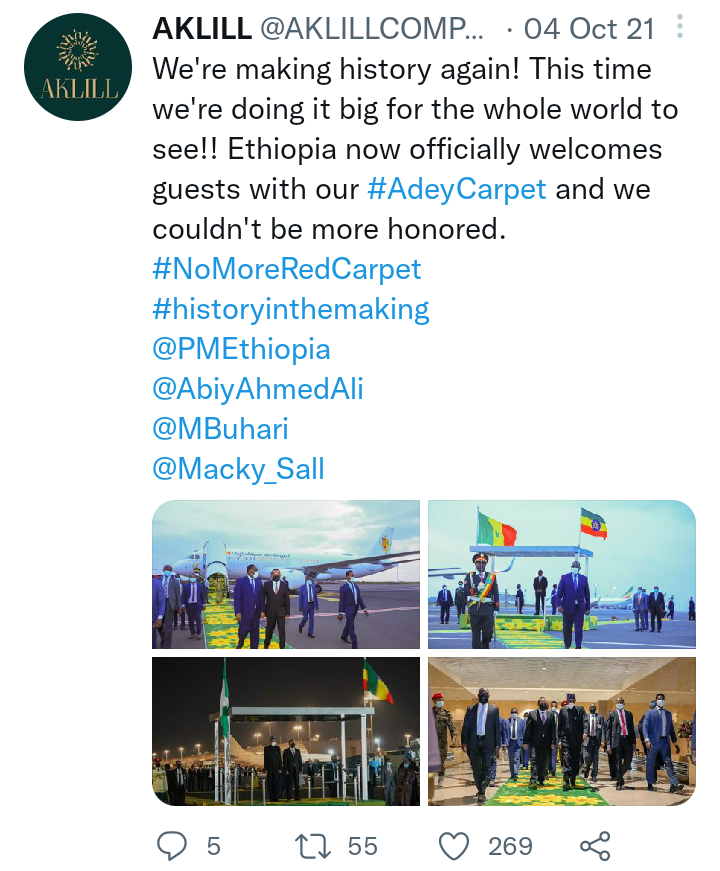 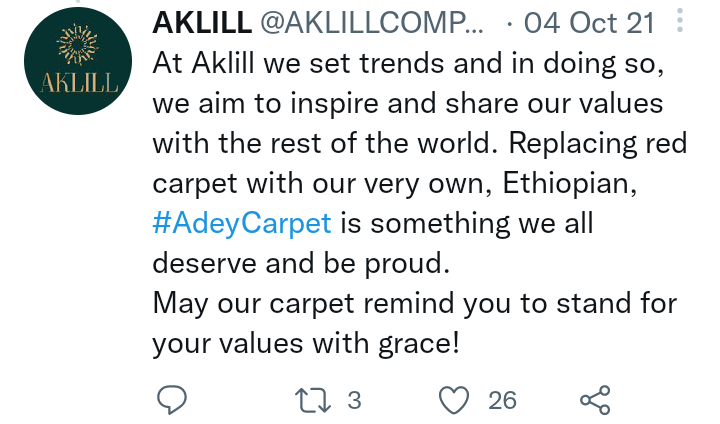 5. The carpet was proposed by Prime Minister Abiy Ahmed and was settled on after a series of 'trial and error.' 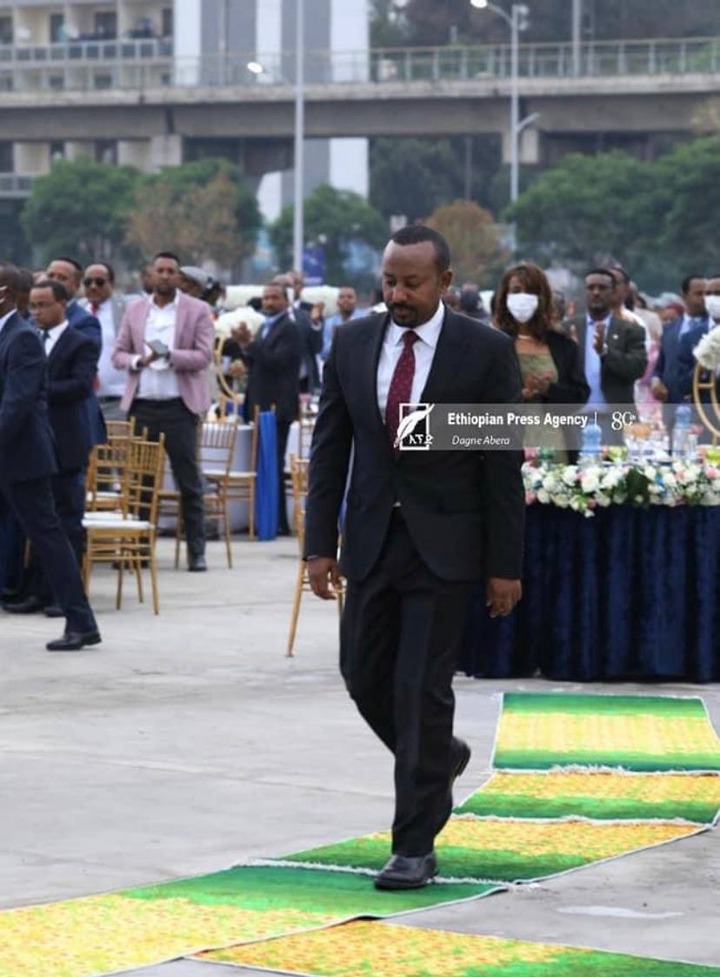 Before the Ethiopian Government decided to settle for this version of the Adey Abeba Carpet, other carpets had been produced and tested as the country sought to move away from red carpets.

As seen above, Prime Minister Abiy Ahmed was at one point in June 2021 spotted walking on one not so colourful carpet before this new one was designed and opted for. 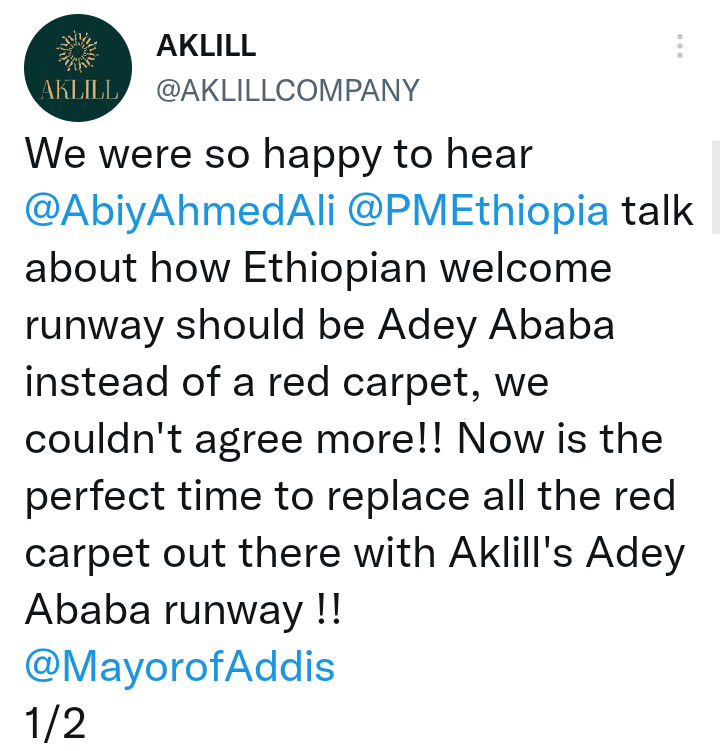 With that said, we can authoritatively say that red carpets have been phased out in Ethiopia and that's why President William Ruto couldn't be treated with the same.

In that visit, the President had been scheduled to hold bilateral talks with his host and preside over the launch of Safaricom Ethiopia.