By WrittenWisdom.com (self media writer) | 7 months ago

All along, Kakamega residents knew that the current Deputy Governor, Professor Philip Kutima was going to be the next county boss. Governor Oparanya had pledged to support and make sure that Philip Museve Kutima succeeded him. 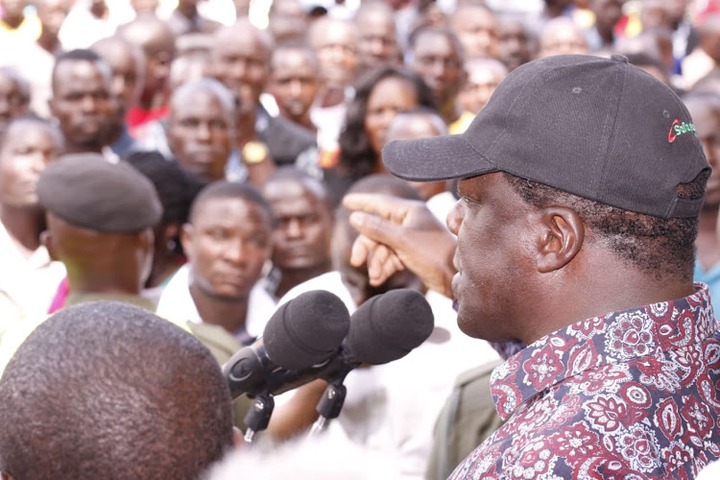 Oparanya praised Kutima as deserving hand and promised that he will not leave the office in the hands of his political enemies like Malala Cleophas and Khalwale Boni. He always acknowledged Kutima as the next governor in all his retreats and public functions.

The race seems to be taking a new shape after Information from a reliable source discovered that Oparanya seems to have suddenly changed his mind about the earlier plan. Information has it that Oparanya is now in for a fellow southerner, KETRACO CEO Fernandez Baraza.

Oparanya has allegedely changed his mind because he didn't know that there's a capable individual from his Butere side until Fernandez Baraza emerged. Fernandez is currently flooding Kutima's Northern part with development projects to try convince residents as early as now. The Malava Northern part is the most populated area with over 78,000 voters, this Kutima's home ground.

Oparanya is said to have also opted for Fernandez after it emerged that Kutima has poor oratory skills, he is a microbiology professor equipped with office skills. Kutima may have a difficult time transforming into a radical politician that Kakamega needs him to be.

Kutima's defenders said that Governor is supporting Fernandez Baraza behind Kutima's back. Regardless of who Oparanya supports, every Kakamega gubernatorial aspirant should be worried of the threat that hustler Boni Khalwale poses. The bull fighter enjoys full Support from Kakamega Central, especially women and Boda riders.

ANC on Verge of Collapsing? Details Emerge on Two Politicians Giving Mudavadi Headache Ahead of 2022