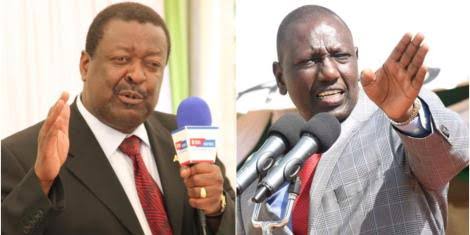 After fighting against each other for years, Musalia Mudavadi and William Ruto finally joined hands together ahead of the just concluded August general election. The good thing is that their union beared fruits as Ruto was elected the 5th President of the Nation defeating his bitter rival Raila Odinga.

Just as they agreed, President William Ruto gave Musalia Mudavadi the Prime Cabinet Secretary position, something that made many people happy and hailed Ruto for fulfilling his promises to his loyal allies but in the midst of all that, something new has been developing as many small parties in Kenya Kwanza were allegedly asked to break them and join UDA party.

That is a move that is intended to strengthen the ruling party and for sure, Moses Kuria was among the first party leaders to declare that he is ready to fold his party and join UDA but today, Musalia Mudavadi was publicly warned by James Gakuya that if does that for the benefit of President William Ruto, then that move may mark the end of his political career.

"Musalia Mudavadi has attempted many political suicides but if he folds his party and joins UDA that will be the end of his political career." Said James Gakuya. 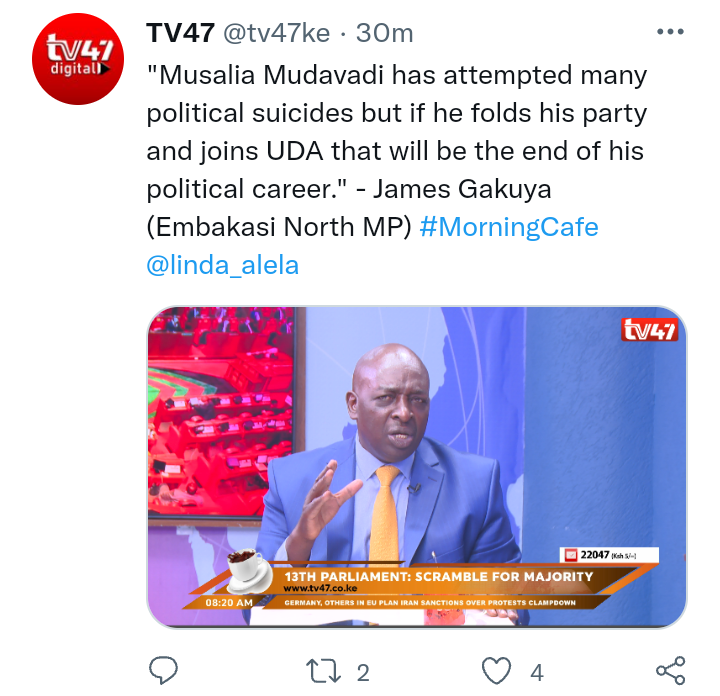 A One-Man Show? Kenyans Told of Ruto's Scheme That Will See IEBC Commissioners Favour Him in 2027