By PrincessNjeri (self media writer) | 3 months ago 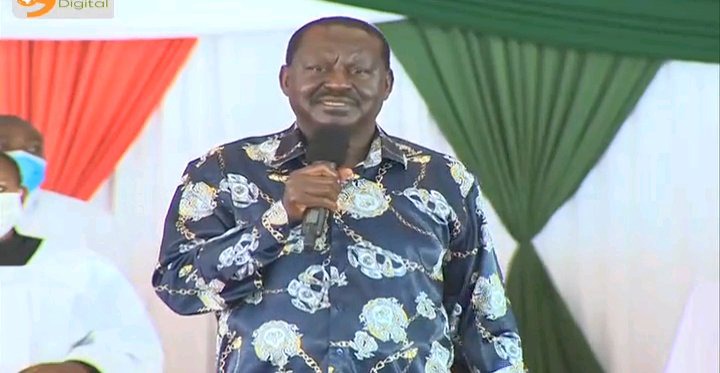 Raila Odinga, the leader of the Orange Democratic Movement, made time today to criticize Nyeri governor Mutahi Kahiga for his relationship with his deputy Caroline Karugu.

Raila, who was present at the funeral of the deputy governor's mother, chastised the governor for treating his deputy with disrespect, and questioned how Caroline's paychecks were held by the governor until she transferred to the courts, despite the fact that she had been working all along.

Raila warned the governor, who just announced his support for deputy president William Ruto, that he should be ashamed of his actions, which he claimed were aimed at undermining women's leadership in Kenya.

"Don't look down your nose at our women; they deserve to be respected. They are complete citizens of our country, paying taxes just like everyone else and capable of performing at the same level as men." According to the former Prime Minister of the United Kingdom.

Despite the governor's apology for his connection with his deputy, he insisted that the two had settled their differences.