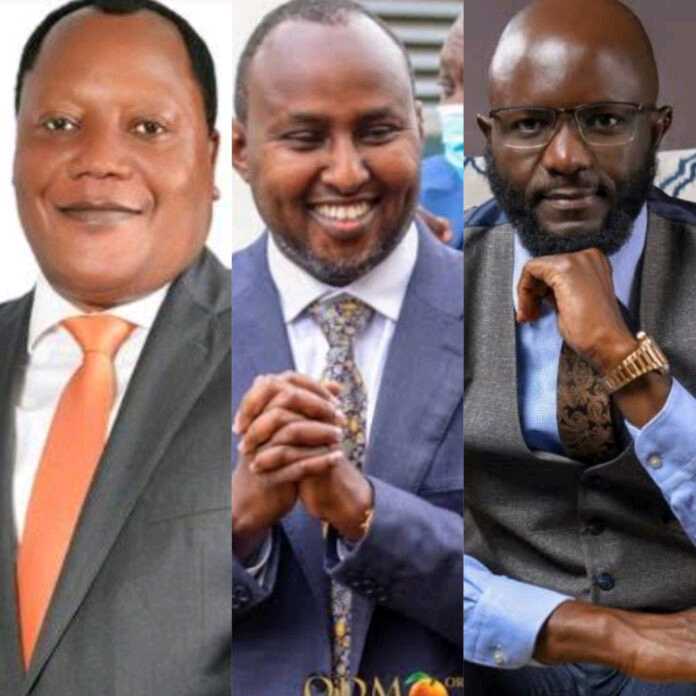 In contrast to Jubilee MPs who were ruthlessly ousted, a handful of ODM MPs gained favor with their constituents and were granted the opportunity to serve once more.

The winners of the MP seats have already begun to be announced by returning officers across the nation, and more results will continue to come in throughout the day.

Here is a list of some of the lucky ODM MPs who have so far managed to hold onto their seats after the party was successful in winning seats all around the nation.

Martin Peters Owino, a member of parliament for Ndhiwa, also won re-election and received 31,3854 of the total votes cast.

In the general elections held on Tuesday, 15,572 people voted for Raphael Wanjala of Budalangi, and he was re-elected.

Titus Khamala, a Lurambi MP who ran on an ODM platform but received 32,309 votes, was not disqualified. With 9,342 votes, Timothy Vikiru of the NRA party finishes in second.

With 37,676 of the total votes cast, Otiende Amollo won the Rarieda seat. With 27, 266 points, Augustine of UDM, his closest rival, placed second.

Alego Usonga's Samuel Atandi won 68,129. He created political history by becoming the first MP in the district to win a second term.

As Kenyans wait for the final "list" of persons who will be in charge of the country for the next five years, results for the general elections that were held on Tuesday, August 9, are still coming in.

14 million Kenyans reportedly cast ballots in the general elections, according to the IEBC.

MP Otiende Amollo Distances Himself from Freemasonry after Rachier's Interview