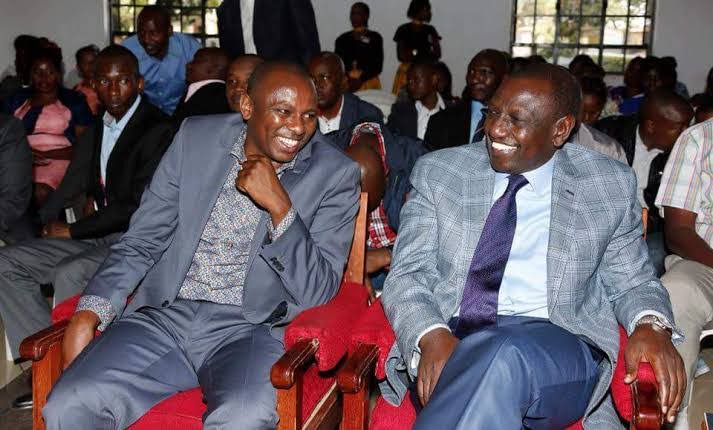 Kikuyu Member of Parliament Hon Kimani Ichung'wah has advised Nakuru County Governor Lee Kinyanjui to join the Hustler movement associated with the Deputy President before it's too late.

"We have received information that Jubilee Party has replaced the nomination of late Senator Victor Prengei with Isaac Ngugi from Nyandarua."The Governor noted.

According to Lee Kinyanjui, the move to appoint Isaac Ngungi deprives the marginalized, poor Ogiek of the only representation they had through Prengei.

" We are tired of witnessing the continued reckless action by a few people, who have personalized the management of a party that belongs to its members." He added.

And now Kikuyu legislators and strong DP Ruto ally Kimani Ichungwa has offered the Governor a piece of advice and told him to join the Hustler movement. 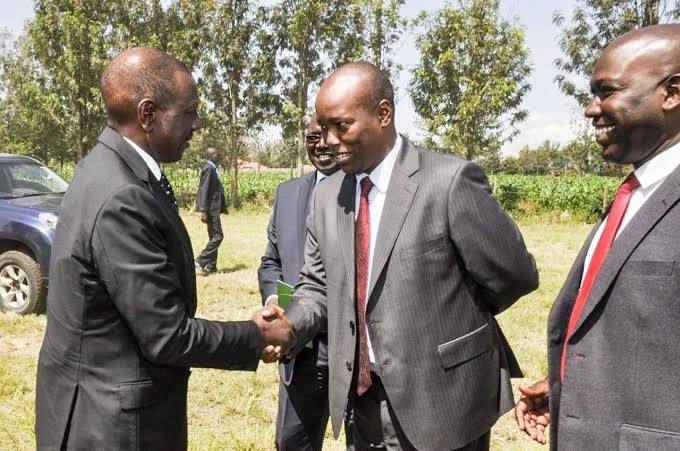 " My brother Gov LeeKinyanjui , pls run. Run from this Tower of Babel at Pangani before it gets darker than it is... Karibu hapa Hustler Nation, where consultation is REAL Bottom-Up."He tweeted. 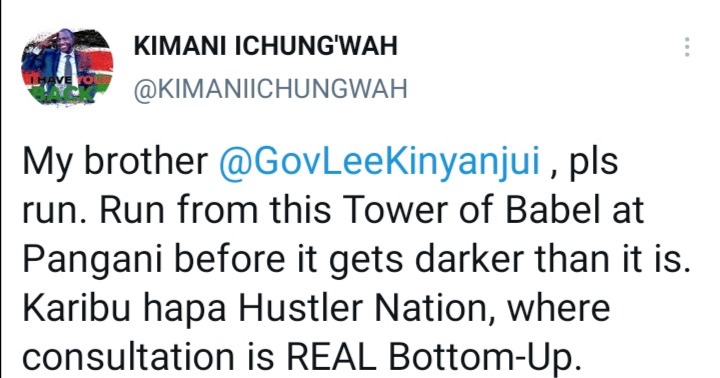 "It's Not Deep State, " DP Ruto Reveals Who Will Help Form The Next Government