By AngelMbuthia (self meida writer) | 1 months

Chaos have erupted at Iyabe Main SDA church after ODM Candidate Pavel Oimeke tried to demean his rival Zebedeo Opore of Jubilee Party who was not present.

The youths allied to Jubilee Party Candidate Zebedeo Opore stormed the church and started shouting at the ODM party candidate Hon Oimeke demanding that he leave the Church.

Earlier, Youth Leader Douglas Ogari had talked and congratulated Zebedeo Opore for the good development he had done while MP and urged Riana Ward residents to support him and stand with the government. Ogari also hinted on CS Matiangi's presidential bid as he informed the residents to be prepared for the presidency of Interior Cabinet Secretary Dr. Fred Matiang'i come 2022. 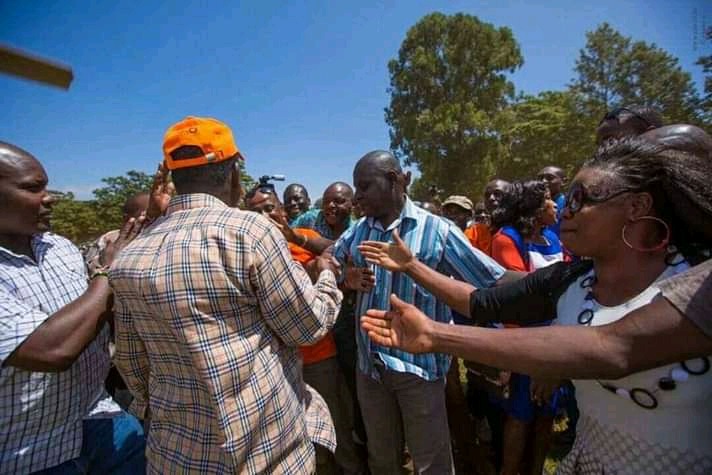 However, things went quagmire when Hon Pavel Oimeke took the podium to address the electorates. In his speech Hon Pavel Oimeke blamed the government for allegedly firing him, a situation that rattled impatience in youths allied to Zebedeo Opore forcing them to storm the church and start shouting at Oimeke.

"This Pavel Oimeke you're seeing here was assisted his job at Geothermal Development Company by Jubilee Candidate Zebedeo Opore, so it would be wrong to demean him. My brother Moisabi, the tarmac that you came to here was constructed by Zebedeo Opore." Said Omoke.

Before Dennis Omoke could finish speaking, ODM Candidate Pavel Oimeke again stood up and shouted. "Opore never employed me!". This followed a showdown between Pavel Oimeke and Opore's supporters who disorganized the church, the pastors took over the programme, called for tolerance and said the final prayer to wind up the day's service. 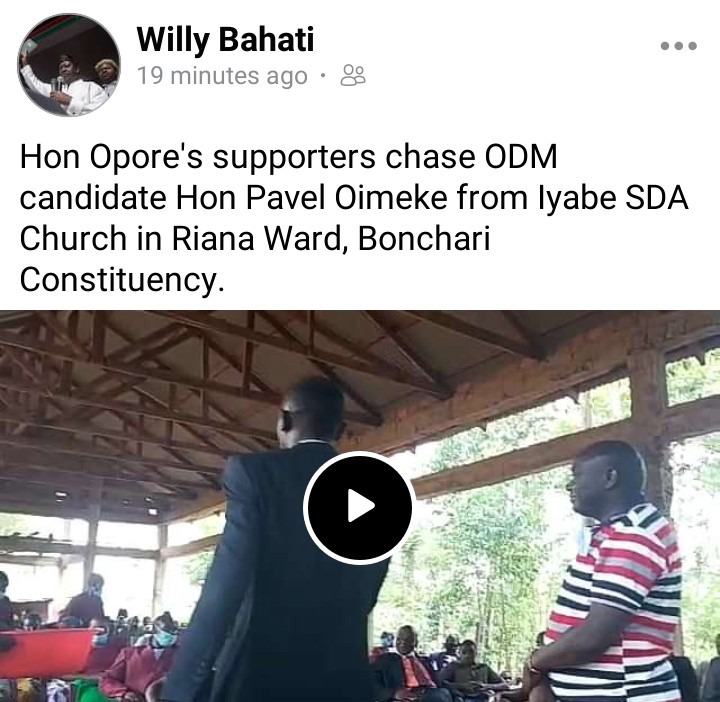