A recent revelation made by Agostinho Neto, a former member of parliament for Ndhiwa, was that former Prime Minister Raila Odinga would run for president in the general election of 2027 but would ultimately lose to Dr. William Ruto. Agostinho Neto made this revelation recently.

On Monday morning, Neto indicated on a program that aired on TV 47 Live that Raila was still actively looking for a position of power. He asserted that the leader of the Orange Democratic Movement (ODM) would make a sixth attempt for the presidency in an effort to surpass his sworn enemy Dr. Ruto. Ruto is the current incumbent president of Kenya.

However, the co-party chairman of the United Green Movement made a light-hearted comment that despite Raila's sixth attempt to win the presidency, he will still be unsuccessful owing to the stupidity of people around him.

According to his analysis, the former prime minister might have been able to win the election that was just recently held if he had refrained from endorsing preferred candidates during ODM primaries in his strongholds of Nyanza, the Coast, and Western Kenya. These areas are considered to be his strongholds. 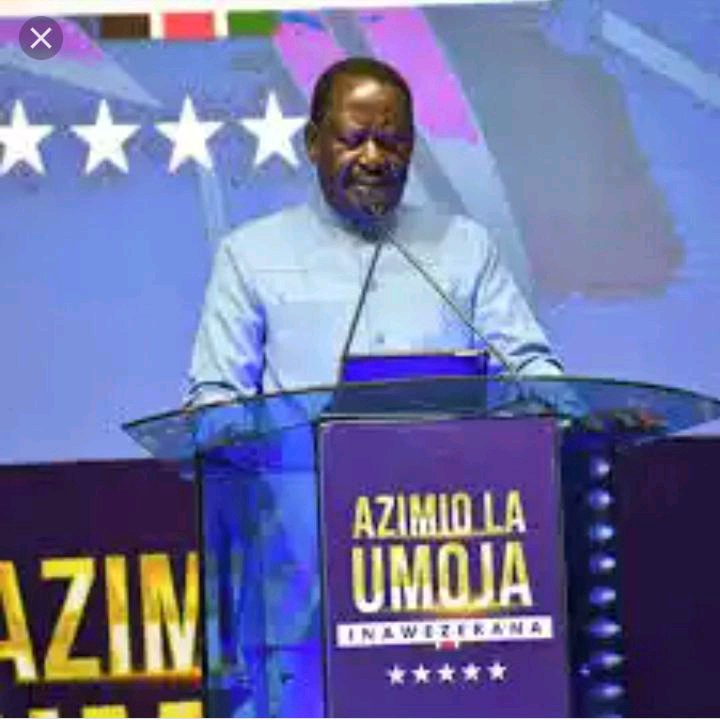 "Raila will be running for office again in 2027, but he will be unsuccessful due to the influence of his inner circle. If he intended to run for president in 2022, he should not have taken a stand in the political strongholds that he controls "During the show TV 47 Live, Agostinho Neto made the following statement.

This arises as a result of Dr. Ruto's victory over Raila in the presidential elections held in August of 2022. At that time, the second individual had high hopes of successfully hitting the objective that he was aiming for, but his wishes were not granted. Due to the fact that he and former President Uhuru Kenyatta had developed and strengthened their bond through the infamous handshake in 2018, he was counting on Kenyatta to swing the situation in his favor and help him win.