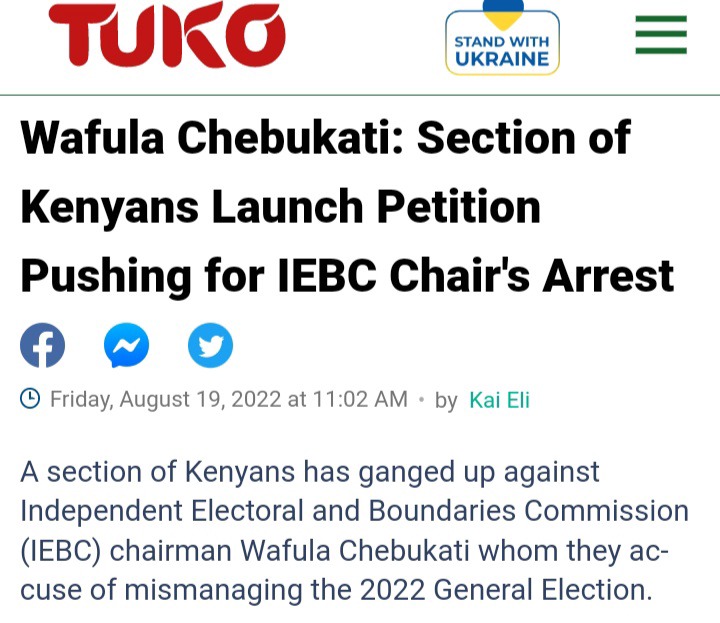 A group of Kenyans have banded together to oppose Wafula Chebukati, the chairman of the Independent Electoral and Boundaries Commission (IEBC), whom they accuse of mismanaging the 2022 General Election. 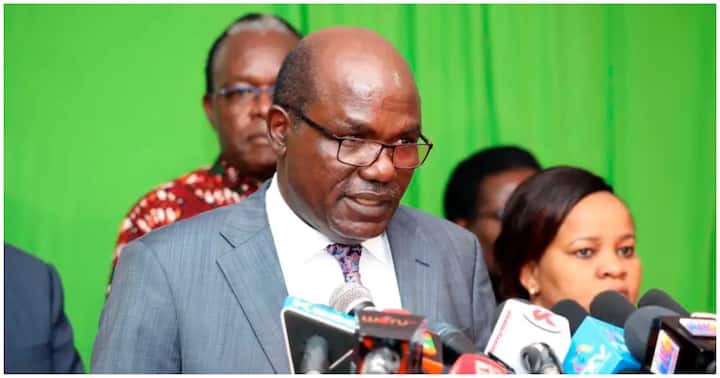 The petitioners claimed that Chebukati tampered with the integrity of the vote from the time it obtained and handled election materials to the time the winner of the presidential election was announced.

They contend in their petition that;

It was highly suspicious of his involvement with Venezuelan nationals detained at JKIA for bringing IEBC election materials in carry-on luggage.

He failed to notify the appropriate authorities of this transport, which jeopardized the elections' constitutionally required simplicity and transparency, and he provided no convincing justification for his failure to do so.

According to the KPMG report on the IEBC voter register, 2 million registered voters were transferred to other polling places. According to the audit, the IEBC had 14 "super returning officers" who had access to its servers and could change, move, add, or remove registered voters at will. It's unclear if Chebukati found a solution to these problems. 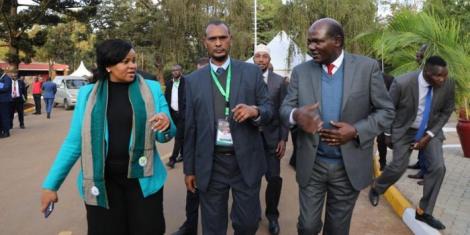 3. The declaration of the final results by Chebukati was incorrect.

Chebukati ought to have waited to make the results public until all the commissioners had agreed upon them. Without this consensus, only one Commissioner (Chebukati) signed the form; the other four declined, and the other two did not vote.

Only Chebukati signed the form because six of the seven Commissioners declined to do so, indicating that the IEBC did not have faith in their veracity. This implies two ideas.

The results of Chebukati are different from those of the majority of the commission, to start. Second, the belief of one man, supported by a minority, was the foundation upon which the President-Elect was declared.

Chebukati used extrajudicial authority. "There is no doubt from the architecture of the laws we have considered that the people of Kenya did not intend to vest or concentrate such sweeping and boundless powers in one individual, the chairperson of the appellant," it was stated in the Maina Kiai case (2017).

4. Chebukati did not perform his duty.

Chebukati fell short of duty by:

(2) announcing the final outcomes before announcing the outcomes for each constituency. Regarding the former, it was determined from the public portal that not all Form 34As had been received by the IEBC at the time of the declaration.

Regarding the latter, before making his announcement, Chebukati omitted to announce all the results from all 291 constituencies.

In the absence of group agreement, Chebukati's declaration of the results posed a threat to our national security. It is well known that Kenya's election season is a contentious time for the nation.

The IEBC exists to ensure consistency in message and action in this unsteady environment. This crucial uniformity was lost due to Chebukati's hasty declaration.

Particularly in light of the fact that this could have been avoided had Chebukati been prepared to communicate with his Commissioners prior to the declaration deadline. 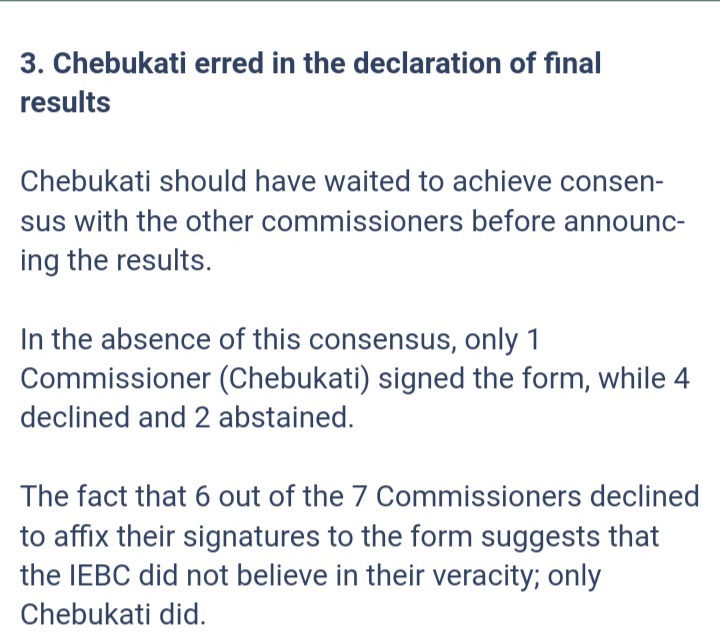 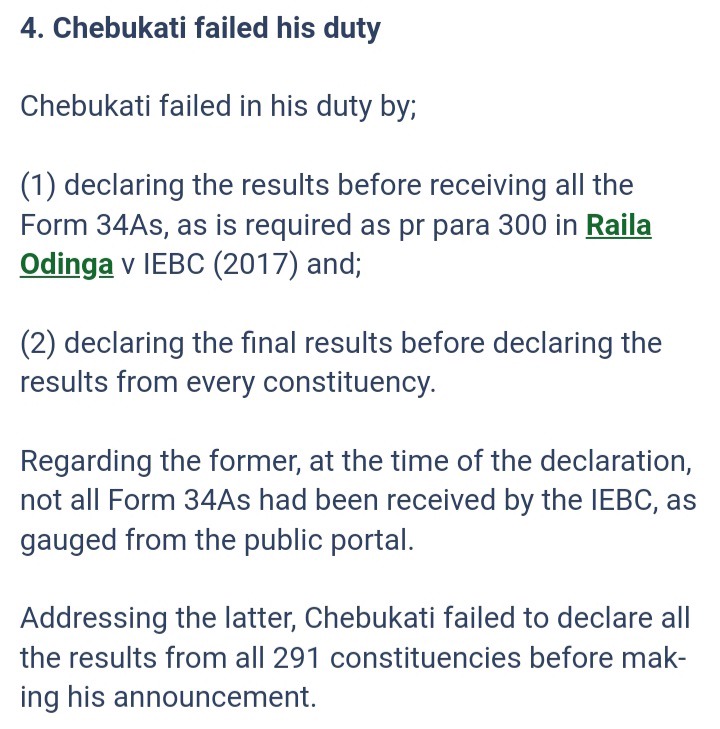 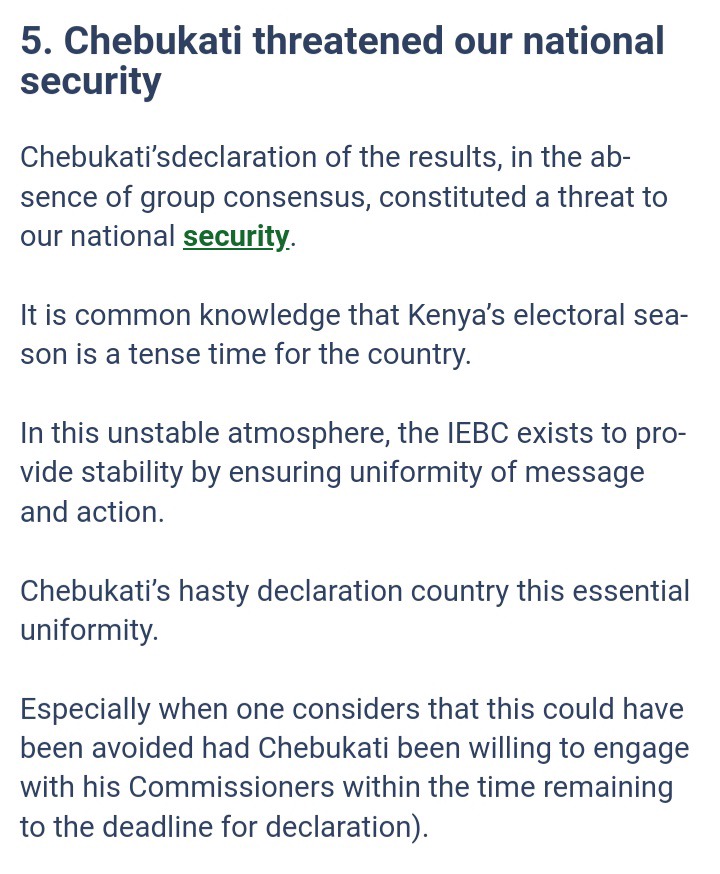 Just In: Supreme Court's Directive To The IEBC During Their Today's Ruling

Relief to DP Gachagua After Court Makes This Decision Over Disputed Land Valued at 1.5 Billion