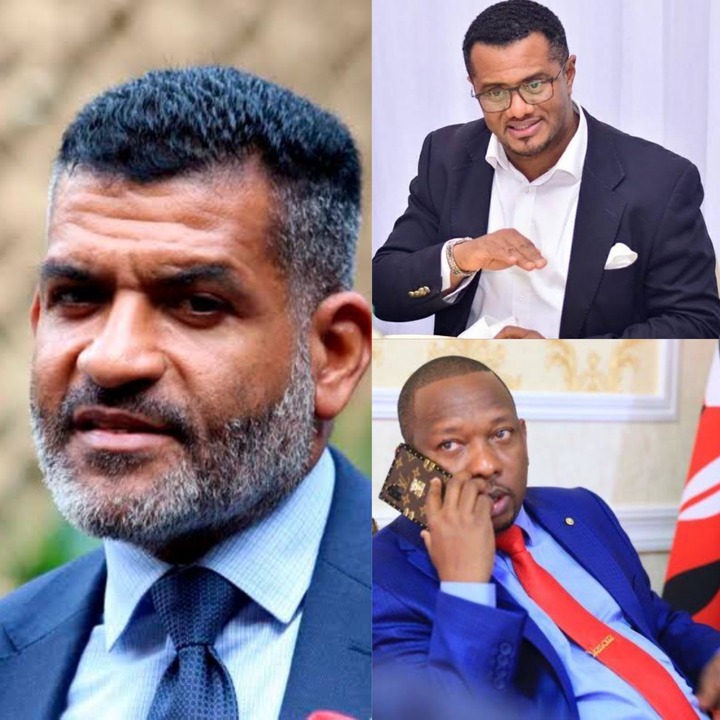 Mombasa county which is regarded as Raila Odinga's stronghold has shown an interesting twist in the gubernatorial race following the entry of Ex Nairobi Governor Mike Sonko who has now caused a lot of panic in ODM camp.

Raila Odinga's point man Abdulswamad Nassir who was regarded as the strongest contender in the Mombasa Gubernatorial Race is currently facing hard times as opinion polls has placed him in position two.

Among those in the race include; Mike Sonko (Wiper), Hassan Omar (UDA), Abdulswamad Nassir (ODM) among others.

In the just released opinion poll by Mizani Africa, Mike Sonko has emerged the winner in the race followed by the ODM ally as Ruto's candidate finished third.

Sonko was voted by 34.6%, Nassir came second at 27.1% as Omar finished third with 26.3%. This is the second time Sonko is emerging the winner in the Mombasa Gubernatorial opinion bid. 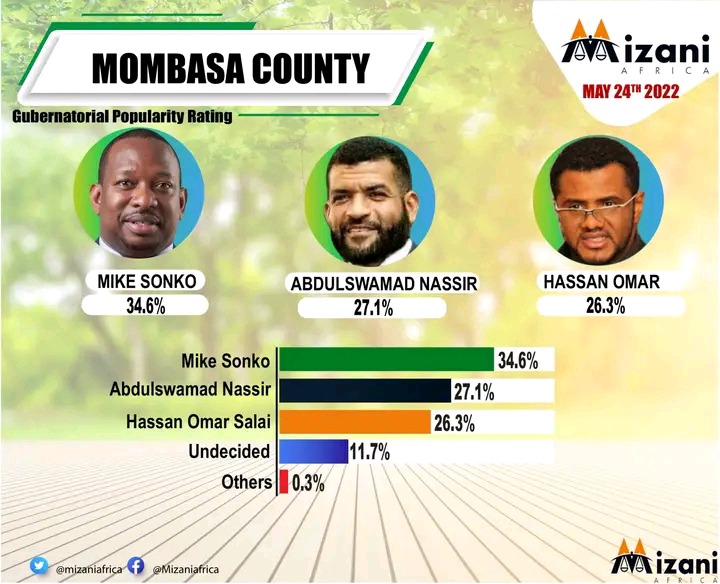 Video: Wajackoyah's Supporters Openly Carries Bhang Plant to One of His Rallies in Vihiga

How Rigathi Gachagua Was Received By Nyeri Residents Today (Photos)