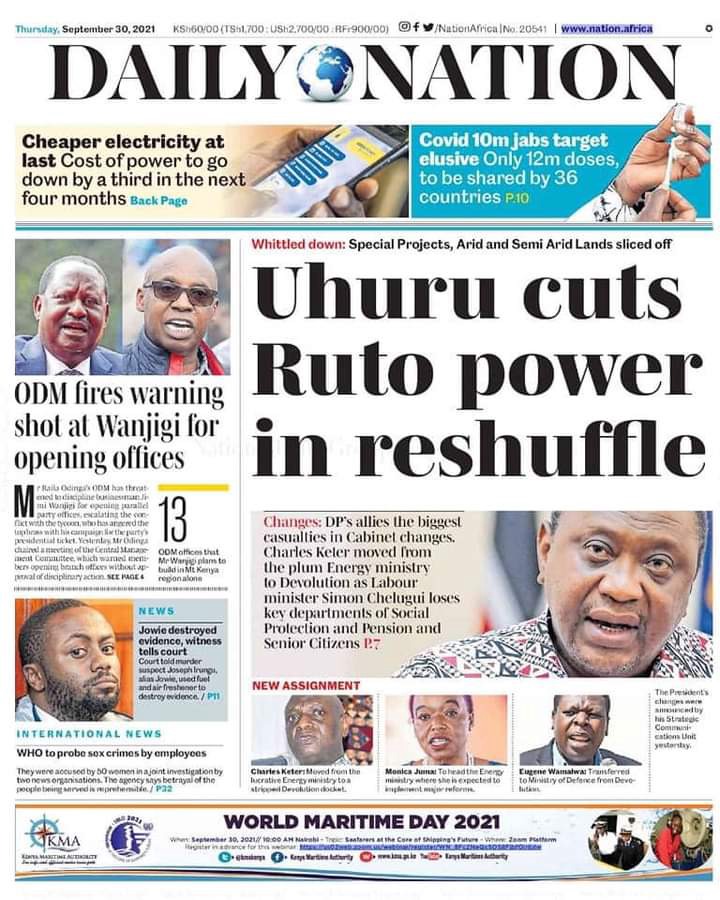 This headline did not sit well with the members from the DP Ruto's camp. The headline was follows an event that occurred on Wednesday during President Uhuru Kenyatta's cabinet reshuffle. 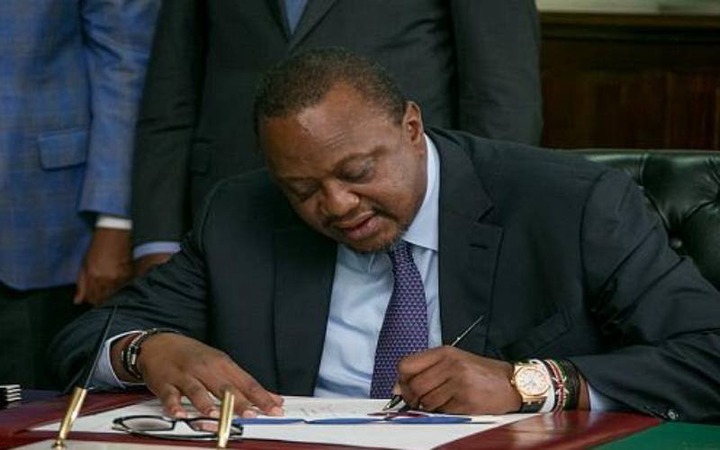 In the reshuffle, CSs perceived to be Ruto's men were moved to less plum docket. This is the case of the former Energy CS Charles Keter who was moved from this powerful ministry to the downgraded ministry of Devolution. Another perceived Ruto man, Simon Chelugui was placed in the lowly Labor Ministry. 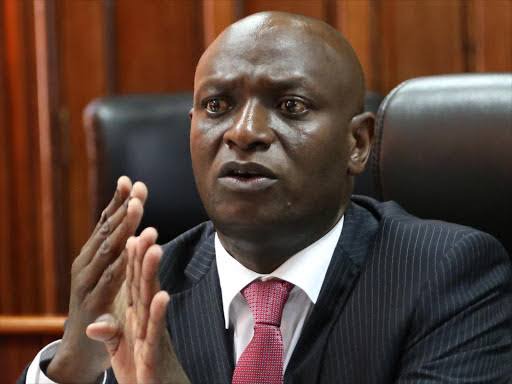 Ruto's allies came out guns blazing to protest the Daily Nation headline terming it as a mere opinion. Some of the staunch DP Ruto's supporters who did speak out includes former Machakos Senator Johnston Nduya Muthama and the vocal Nominated Senator Millicent Omanga.

Muthama who is also the chairman of UDA party called out the Newspaper headline. He said that DP William Ruto had not been in any competition with his boss President Uhuru Kenyatta. He opined that the cabinet reshuffle was a routine activity carried out by the government. According to him, the cabinet reshuffle would not affect Dp Ruto in any way as cabinet secretaries are appointed to serve the people and not DP William Ruto. 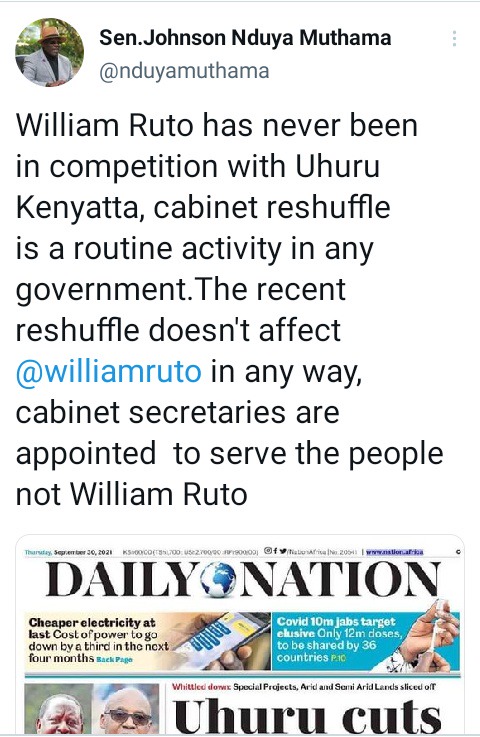 "William Ruto has never been in competition with Uhuru Kenyatta, cabinet reshuffle is a routine activity in any government.The recent reshuffle doesn't affect @williamruto in any way, cabinet secretaries are appointed to serve the people not William Ruto," Muthama tweeted.

Muthama also added that if there was a possibility of malignity between the two, we should let them play their cards.

"If there's any malignity behind it then, let us play the cards," Muthama tweeted.

The firebrand Nominated Senator Millicent Omanga also had a say on the matter. Omanga said that it was unfortunate that today's front page headline by the Daily Nation was an opinion yet the Newspaper was reporting it as news. 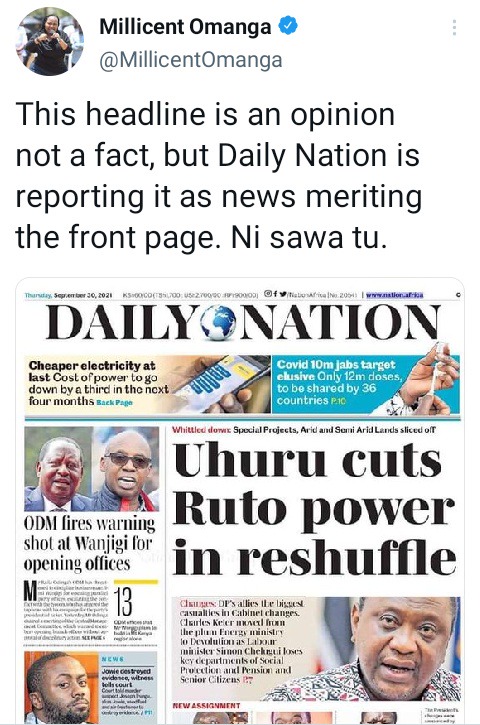 "This headline is an opinion not a fact, but Daily Nation is reporting it as news meriting the front page. Ni sawa tu," Omanga tweeted.