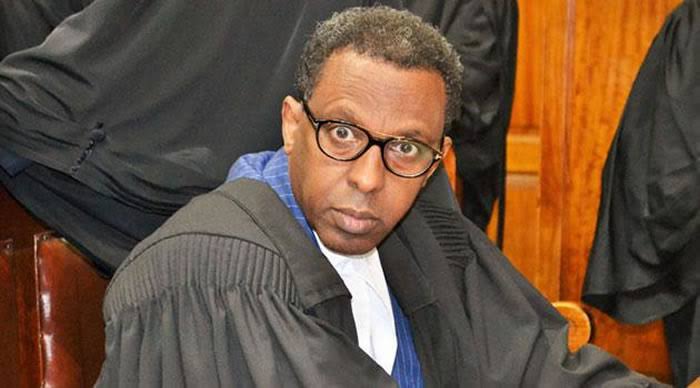 The vetting process to appoint the next Chief Justice has kicked off today. Justice Said Chitembwe was the first candidate to be interviewed and he defended himself to the best of his ability. The Judiciary Service Commission said that they will be interviewing one candidate per day.

However, as the process goes on, Lady Justice Philomena Mwilu has allegedly received a letter on the fate of Fred Ngatia. Atheists In Kenya Society has written a letter to Mwilu saying they are opposed to the nomination of Senior Counsel Fred Ngatia for the vacant position of President of the Supreme Court and Chief Justice of Kenya. 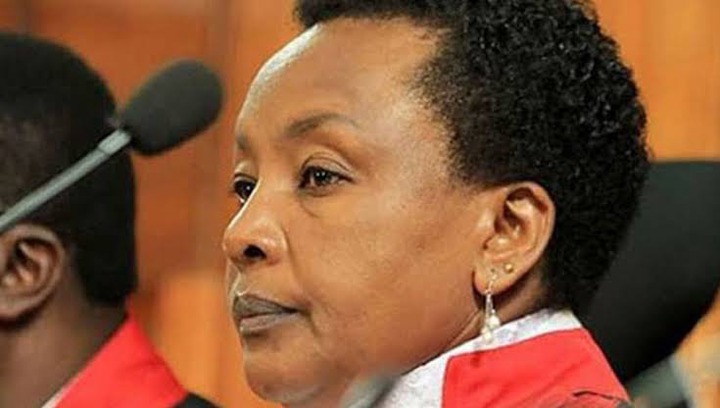 In the letter the society acknowledged the experience of Ngatia but said that they are opposed to his appointment because he will compromise the independence of the Judiciary like that of the Supreme Court of Kenya. They said that Ngatia defended President Uhuru Kenyatta in his disputed win in the presidential petition filed by Hon. Raila Odinga and his supporters in 2013 and 2017. In the detailed letter, it was also stated that Ngatia's personal interest will be contrary to his loyalty to the public as the Chief Justice of the Judiciary.

However, lawyer Ahmednassir reacted to this letter and said that this is just cheap publicity. The big question now is will Mwilu react to this letter by stopping Ngatia from taking part in the interviews or just dismiss it? 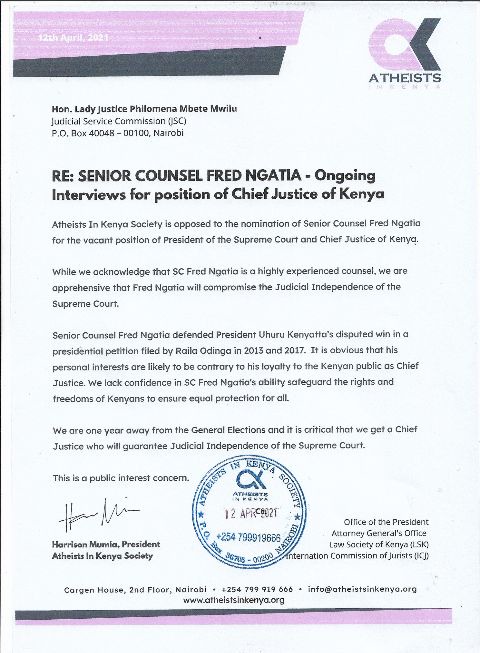 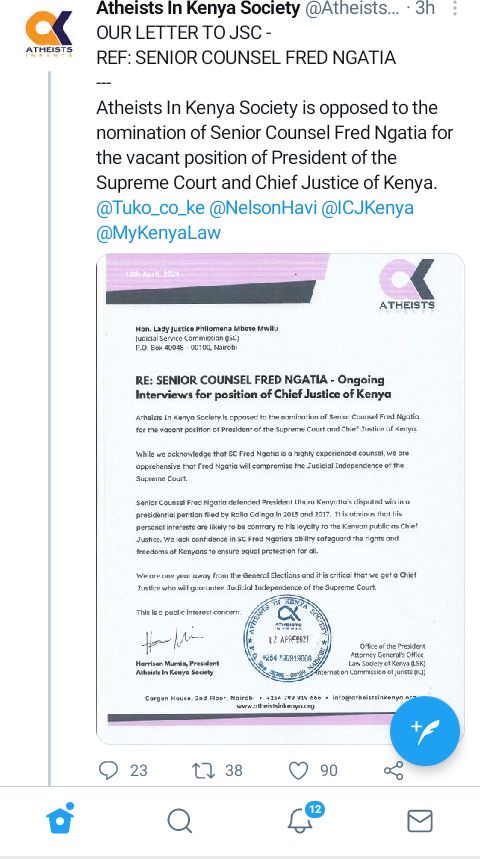 Muranga: "We Never Sent Ndindi Nyoro To Vote 'No' For BBI" Wairia Supporters Claim As They Riot

Murathe Alleges Sen Mwaura & Allies Plan To Cause Chaos, Reveal What Will Happen to Millicent Omanga

Yoweri Kaguta Was Sworn As Uganda President For The Sixth Time