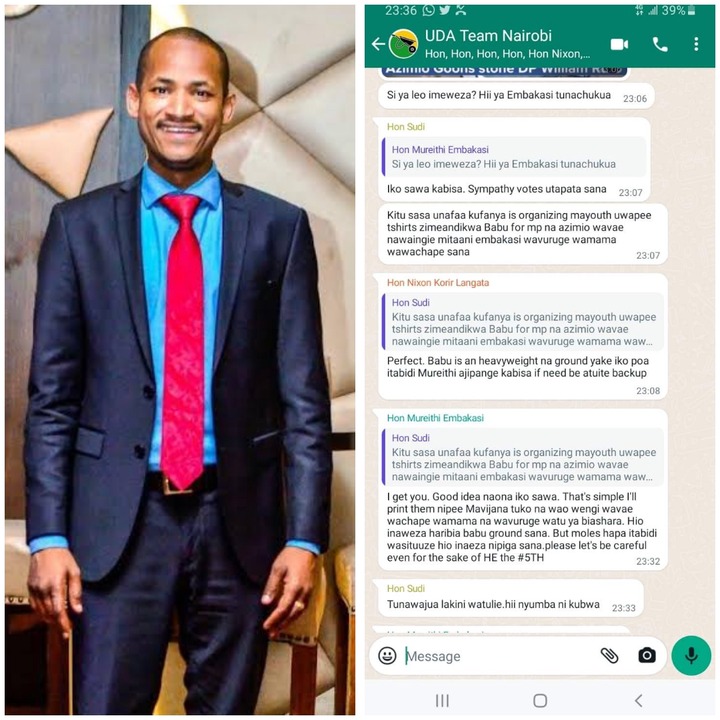 Embakasi East member of parliament Babu Owino left many speaking across the internet after he dropped an alleged conversation from Nairobi's UDA team.

According to Babu, the UDA team in Nairobi had planned the scary violence witnessed at the mega Jacaranda rally.

On the said day, Deputy president William Ruto and his close allies were stoned by some unknown goons as they entered Jacaranda grounds.

During the scuffle, Embakasi East parliamentary aspirant Francis Mureithi was badly injured leaving him nursing a deep cut on his face.

In a ScreenShot shared by Babu Owino on his official social media handles, the UDA team might have planned the said violence to gain sympathy votes.

Well, this ScreenShot has attracted some serious backlash with netizens terming it as fake and intended to hide what really transpired in the said rally.

This was the second time that Ruto and his allies were stoned during their rallies at Jacaranda.

As political temperatures flare around the country leaders have been urged to preach peace and also practice political tolerance to avoid such ugly scenes. 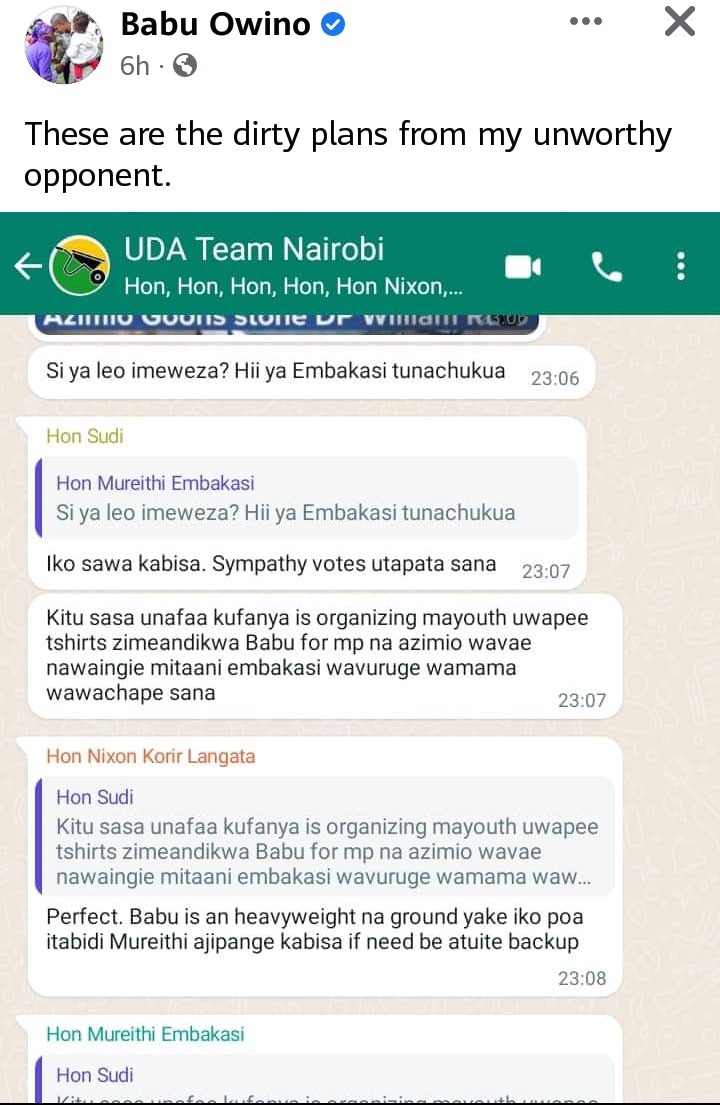 What Chebukati Has Finally Done to Ruto at Gachagua After he Declared Them as Winners, Kenyans React