By Gabrielokwenah (self media writer) | 2 months ago

The defeat of the Azimio La Umoja One Kenya Alliance presidential candidate Raila Odinga, by President William Ruto, in the August 9th presidential elections has opened up a discussion of his succession as Luo kingpin. 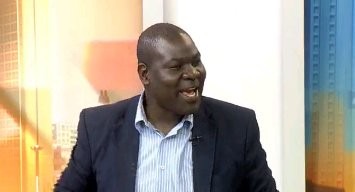 Despite a section of political analysts saying that Raila should not be wished away as far as the 2027 presidential polls is concerned, there seem to be unrest among leaders from Nyanza, and even in Raila's Orange Democratic Movement, ODM party, with everyone trying to fit on Raila's shoes.

For years, the Former Prime Minister has been the region's kingpin, and has given directions of which political path to take in that analysts say the residents only ask him how high they should jump when he tells them to, and not why.

According to Political Expert and Nazerene University Law Lecturer Duncan Ojwang, the next kingpin should be from the south Nyanza, and not from the North Nyanza.

Speaking with K24 TV on Thursday, Ojwang argued that the region now deserves a new kingpin, and that leader should come from either Homa Bay County or Migori, and not Kisumu or Siaya.

"The next time, us from Luo Nyanza will not accept a kingpin from Siaya. If there is someone from there who is now thinking that us in South Nyanza are waiting for a kingpin from the North, are getting it wrong."

"If the leader does not come from Migori or Homa Bay, then let every county do their own thing, furthermore the constitution does not recognize the Nyanza or Luo region, but the respective counties. Most of us do not oppose Raila, but his moves and how he controls everything without giving other leaders an opportunity," argued Ojwang 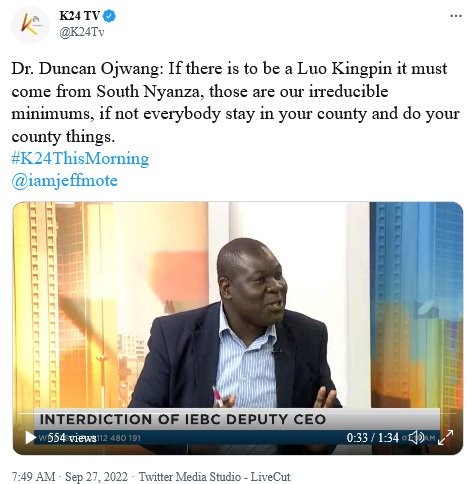