United Democratic Alliance whose Jacaranda Grounds rally was interrupted by police yesterday have today offered an official statement regarding the incident. The statement that was read by the party chairman Johnson Muthama at Hustlers center earlier today has been issued to the public through their official social media accounts.

In the statement, the party has blamed their opponents in the coming August general elections Orange Democratic Movement for being behind the violence witnessed, the party have described the violence as well-Orchestrated, violent ugly scenes of throwing stones meted by those hired by ODM.

They went ahead to connect the event at Jacaranda Grounds to the event in Kitale that took place the same day where their supporters were disrupted by police when having what they termed as a peaceful meeting. They have then called on the Ministry of Interior and Kenya National Police Service to solve the series of violence that is being witnessed frequently during UDA campaigns. They also called IEBC to take action against those responsible for being behind the violence. 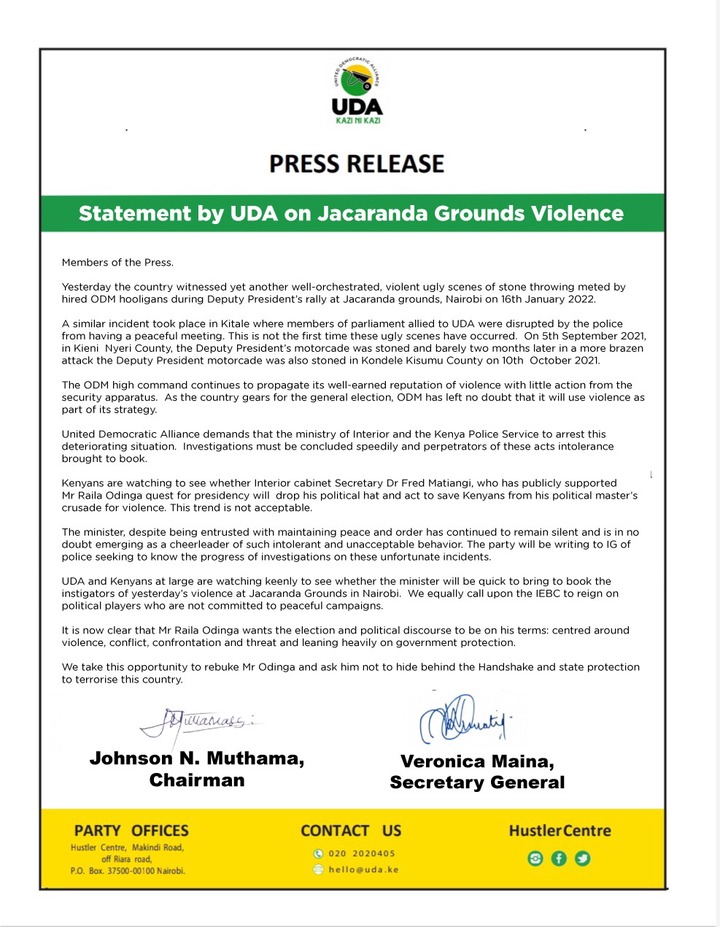 Ten Cheapest Cars You Can Own In Kenya

The Statehouse Gift That Narok Artisans Gifted Raila Odinga In His Campaign Rally In The Area.