Deputy President William Samoei Ruto has been transversing through the country popularizing his bottom up politics and leaving nothing to chance. His bid for presidency has received backing from a good number of seasoned politicians while as well receiving blows from Leaders who are not 'singing the same tune' as he is concerning next year's general elections. Among his critics is his boss the president. Soon after the handshake between President Kenyatta and ODM leader Raila Odinga, the bromance the president and his deputy used to publicly display became a thing or the past. 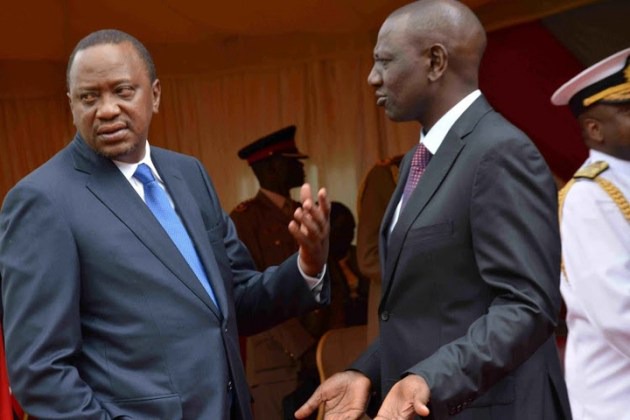 Uhuru is reportedly keen to form a titanic vehicle that would bring on board all the bigwigs and some of the regional parties. One of the roles the president could play to guarantee Raila Odinga a win is to succefuly broker a coalition deal between the former NASA principals. All these regional parties coming together will bring together enough numbers to undoubtedly guarantee Raila Odinga rakes up the 50% +1 of the total votes cast, enough to declare him president elect. 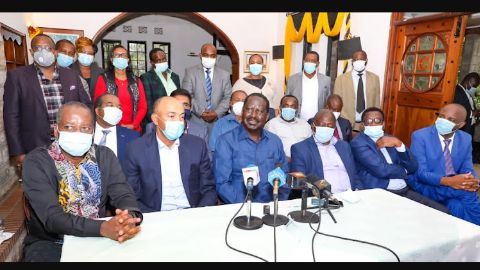 From endorsements by the mount Kenya foundation and the region's elders in a bid to woe the central region into accepting Raila as a better suit candidate for presidency, the president seems to be on a fight back strategy to scuttle Deputy President William Ruto's fortunes in the vote-rich region. Ruto has previously enjoyed unrivaled popularity in the region that he has promised to pick a running mate from but Raila as well is keen to reap from the president's backyard. Ruto seems to be much aware of how important the central region is to his bid for presidency. The region has about 4.6 million registered voters and combining a solid vote from this region with those from his expansive Rift Valley backyard would undoubtedly give Ruto the numbers to win next year's elections as it did in 2013 and 2017.One other last move that could see Ruto loose more votes in Central Kenya is if Uhuru Kenyatta endorses Raila Odinga. Mind you , the president is still the regions spokes person and still enjoys a lot of support in the region and endorsing ODM leader Raila would spell doom to Ruto's camp.