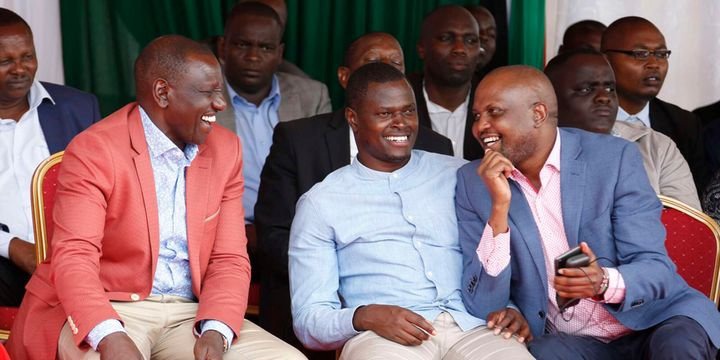 One of the party leaders of the Kenya Kwanza affiliate outfits has announced plans to dissolve his party to join the United Democratic Alliance (UDA) party.

This is former Gatundu South MP Moses Kuria, who was leading the Chama Cha Kazi party, on whose ticket he sought the Kiambu governor seat in August.

But he has now announced that he has opted to join the UDA party, and has communicated the same to the office of the Registrar of Political Parties.

He on Sunday announced that he has also applied for the dissolution of his party, meaning that it will cease to exist once Anne Nderitu confirms his application. 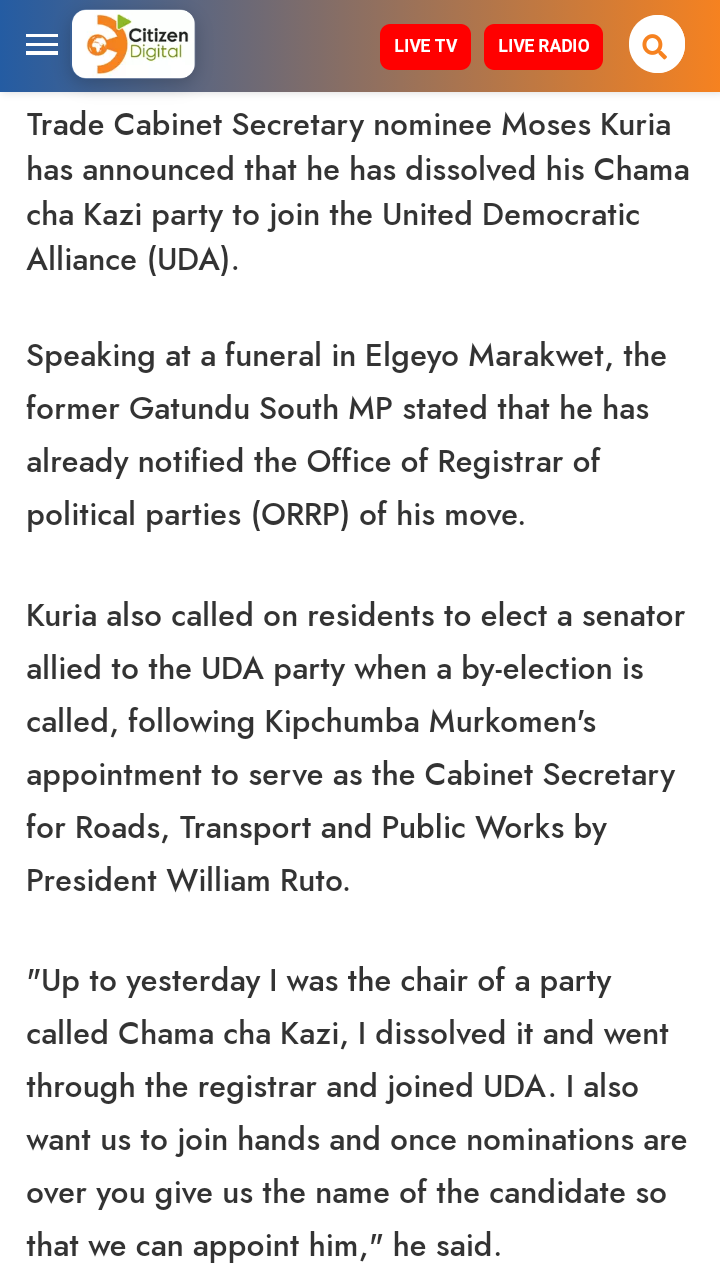 He made the remarks in Elgeyo Marakwet County, where he asked residents to elect a UDA senator in the anticipated forthcoming by-election.

"Up to yesterday I was the chair of a party called Chama cha Kazi, I dissolved it and went through the registrar and joined UDA. I also want us to join hands and once nominations are over you give us the name of the candidate so that we can appoint him," said the leader, as is reported by Citizen Digital.

He made the remarks only days after President William Ruto, the UDA party head, chose him to lead the Trade docket in his government.

Outgoing Elgeyo Marakwet Senator Kipchumba Murkomen, who was also present, has also been tipped to lead the Transport docket.