Raila Had Reportedly Refused to Vie For President, Insider Reveals What Followed 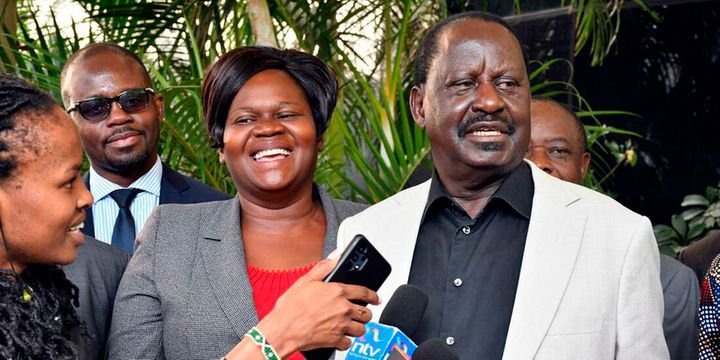 ODM party leader Raila Odinga had given up on the presidency before he re-emerged and once again began pursuing the top seat, it has been alleged.

The leader has unsuccessfully sought the seat four times, his latest bid being during the 2017 general election, where he lost to President Uhuru Kenyatta.

It is now emerging that the former Prime Minister had decided not to vie again, as has been revealed by KANU Secretary Political Affairs Frederick Okango.

He says that the leader had to be pressured to take his fifth shot at the top seat, terming his fifth candidature just an act of giving in to pressure.

Speaking on Citizen TV on Monday, he also predicted a win for the leader, saying that they are already seeing signs of things working for their camp. 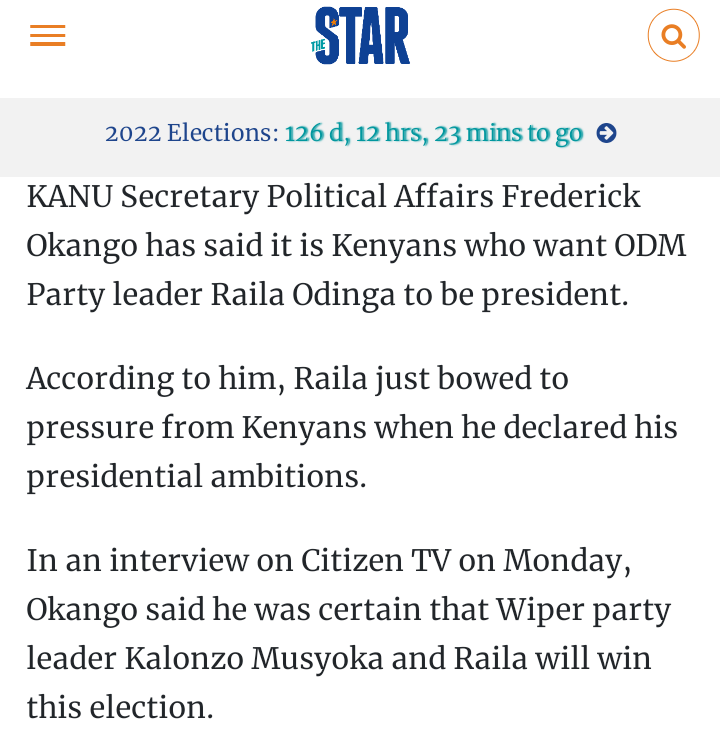 "If we continue campaigning like we are doing right now, I do not see a situation that will make us not win the elections," he said.

He also suggested that Wiper leader Kalonzo Musyoka has agreed to stand behind Raila, after a while of insisting on being endorsed for the seat.

Okango said that as a result, it has been decided that Raila will be the one to fly the Azimio flag as Kalonzo and the others support him as his allies.

“Our candidate for the presidential post is Raila Odinga, there is no doubt. Kalonzo has told the Kenyans that they are ready to win the August polls," he added.

KANU is among the parties making up the Azimio camp, with its leader Gideon Moi being among the over 20 party heads allied to Mr Odinga.

Karua Pours Cold Water on Ruto's Win, Wonders What he Will do Should Court Nullify His Win