By KhakameSoita (self media writer) | 27 days ago 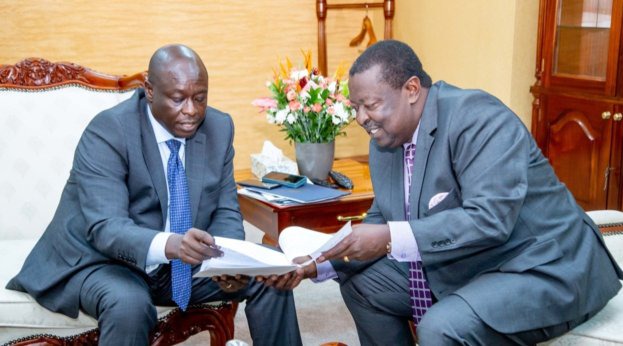 Led by Deputy President Rigathi Gachagua, they have sworn not to allow people who actively participated in de-campaigning President William Ruto any where near government offices.

They have agreed to have a session with the President over this matter, Opera News has learnt.

In a meeting that was held last night, the leaders who included cabinet secretaries, newly appointed KRA chairman Antony Mwaura and his CA counterpart Mary Wambui Mungai, recollected the frustrations they went through under ex-president Uhuru Kenyatta's operatives.

He told the meeting that already a core team was being dismantled following the recent sacking of head of Presidential Delivery Unit, Andew Wakahiu.

Others in that team include David Murathe, Peter Kariuki, formerly of NMS, Alfred Gitonga and architect Joe Karago.

“These people threw all of us out of business and unleashed state agents on us to visit terror and mayhem on innocent people in the name of measuring loyalty to Uhuru. We can’t accept them in our government,” they said.

Interestingly, both Mwaura and Wambua were opponents of the DP during the UDA running mate process, but have since patched up their differences.

They were reacting to the expose of Opera News that indicated plans to appoint Karago as a consultant in the Office of the Prime Cabinet Secretary under Musalia Mudavadi.

The new Executive Order by the President gives that office wider mandate of coordination and supervision, performance and delivery of the national government.

It is believed that Karago, a close ally and agent of Muhoho Kenyatta, is strategically positioning himself to help monitor ongoing projects initiated by his bosses.

Karago was also appointed part of the transactional advisory team of the mega Railway City project. The lead consultant is the British audit firm KPMG.

There are also claims that Karago’s firm, on behalf of Muhoho, has been involved in huge projects in government agencies that include DOD, Kenya Railways, KPA, KAA amongst others.

And speaking to local station Inooro recently the DP called for the seizure of wealth acquired by the Kenyattas and their Allie’s through state capture during his tenure as President. He said proceeds of corruption must be surrendered to the state.