By Johndoe (self media writer) | 1 month ago 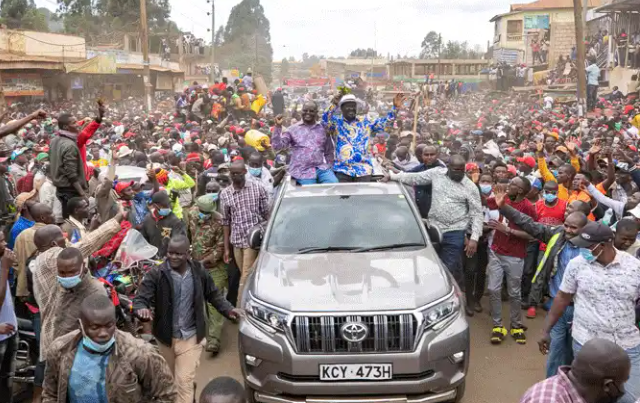 The absence of the former prime minister Raila Odinga at the National Prayer Breakfast at Safari Park Hotel has sparked mixed reactions from Kenyans and others who wanted to know his whereabouts.

After skipping the event, the representative of the Azimio presidential candidate was represented by the coalition's deputy President Hon. Marta Karua.

Shortly after the event, details of the Azimio La Umoja One Kenya presidential candidate Raila Odinga's whereabouts finally surfaced after being revealed by one of Azimio's online promoters named Marigiri.

According to the blogger, the ODM leader is meeting with Butula grassroots leaders in Busia County ahead of the mega Azimio rally to popularize his candidacy for the presidency. 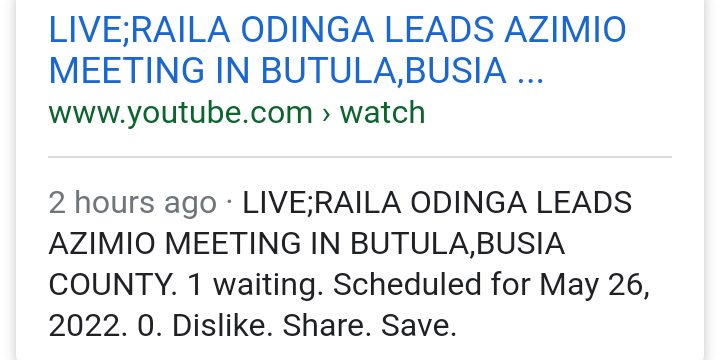 On the other hand, Azimio counterpart Hon. Martha Karua flew from Nairobi to Nyandarua where she was received by Governor Francis Kimemia and Jubilee SG Jeremiah Kioni before a major big rally to sell Raila's bid for the presidency. 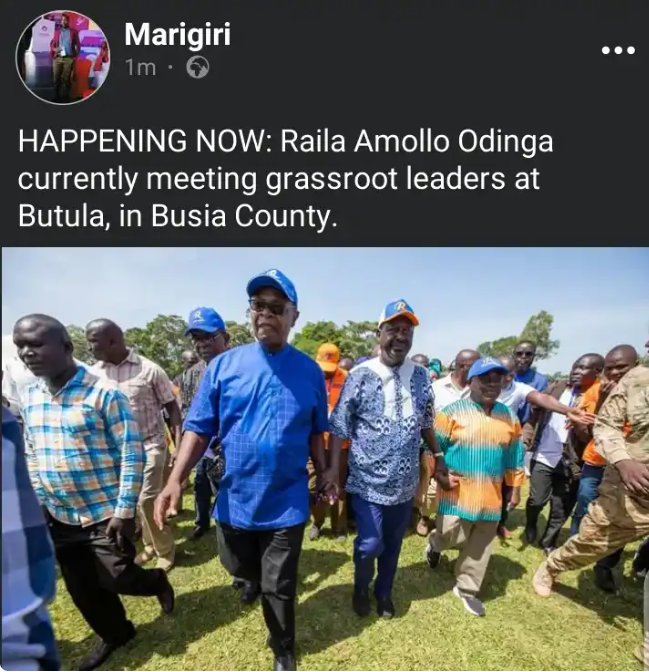 Content created and supplied by: Johndoe (via Opera News )