Thi is after the vocal city lawyer Silas Jakakimba had accused Murkomen for allegedly being at the forefront in criticising presidents Kenyatta leadership skills.

"You Mr Chairman you elected president Kenyatta 3 times to serve two full terms totalling to 10 years, running out does not arise" Jakakimba stated.

Kipchumpa Murkomen had allegedly stated that Presidents Kenyatta time to leave the office was fast running out afer his appointment of the 34 judges and on Thursday May while rejecting the approval of the other six.

"His time is running out, i am more worried by the thought that all judicial appointments in the future will depend on the presidents wishes. Makes nonsence of Judicial indipendence under our constitution" Murkomen tweeted.

While defending his decision to vote for president Kenyatta Murkomen stated that the president never promised to break the law.

"I fully admit that i voted for president Kenyatta 4 times and thus helped him to be president. He never promised anywhere to break the law. It is also incontrovertibly true that he wouldnt have committed the grave transgression without the help of your boss Raila Odinga" Murkomen stated on his twitter account.

Murkomen also accused Jakakimba of championing Uhuru impunity by supporting his decisions including the appointiment of the 34 judges. 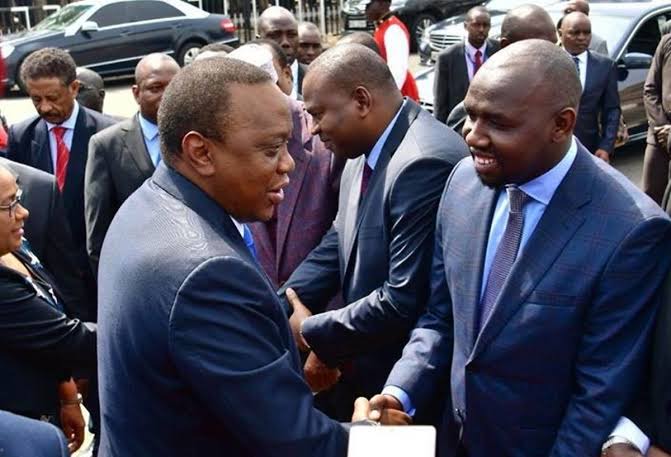 Content created and supplied by: Kenya411 (via Opera News )

I Will Follow My People, Martha Karua Reveals Who she Will Endorse

Malala Prepares Ground For A Mega Rally As He Meets The Following Leaders.