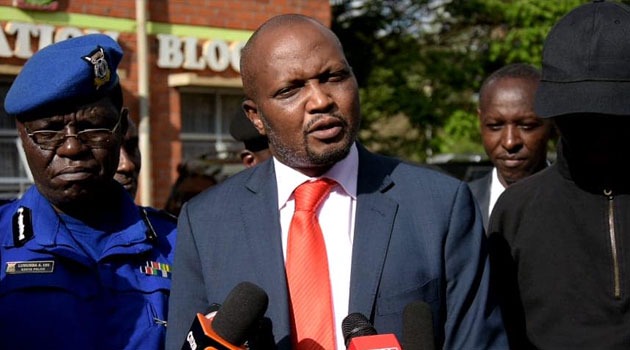 On Tuesday, flamboyant city politician Donald Kipkorir opined that President Uhuru Kenyatta, as the Head of the State, should give a Presidential fiat on the Building Bridges Initiative (BBI).

In his statement on twitter, Kipkorir, who has openly declared his support for the BBI, called on the Head of State, who is also the leader of Jubilee Party, to cruck a whip on members of his party who don't support the BBI, but have not come out to openly declare their stand.

According to Kipkorir, some of the leaders in Jubilee Party are going around the country poisoning Kenyans against the BBI which is supported by the leader.

He noted that this is undermining their leader something that should not be taken lightly.

"President Uhuru Kenyatta as the CEO of the country has to issue a Presidential fiat on BBI. Members of Jubilee can’t be going run the country poisoning people against BBI and yet not openly saying they are for NO Campaign. No Democracy allows Party Members to undermine the leader," said Donald Kipkorir.

In a rejoinder, Gatundu South Member of Parliament Moses Kuria called on Donald Kipkorir to start by him in his expulsion calls.

Kuria, a member of the Jubilee Party in the NO team against the BBI, has maintained on various occasions that he won't support the doecument, and even named himself the Supreme leader of the NO Campaign in the BBI Referendum.

The Most Educated Countries In Africa

Why BBI Is Facing a lot Criticism (Opinion)