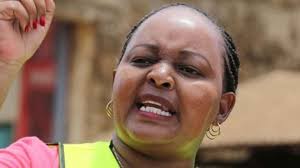 Governor Waiguru was alleged to have been involved in the NYS corruption scandal during her tenure at the Ministry of Devolution and Planning where reports indicated that the figure could have been as higher as Kes 1.8 billion.

In a post that has sparked reactions online, Kirinyaga County boss revealed that she appeared before the hearing as a prosecution witness of the NYS1 case which was linked to the loss of Kes 791 Million.

She however indicated despite hearing being adjourned to a later date, Wairugu said that she is so hopeful that all shall go well and justice will eventually prevail. 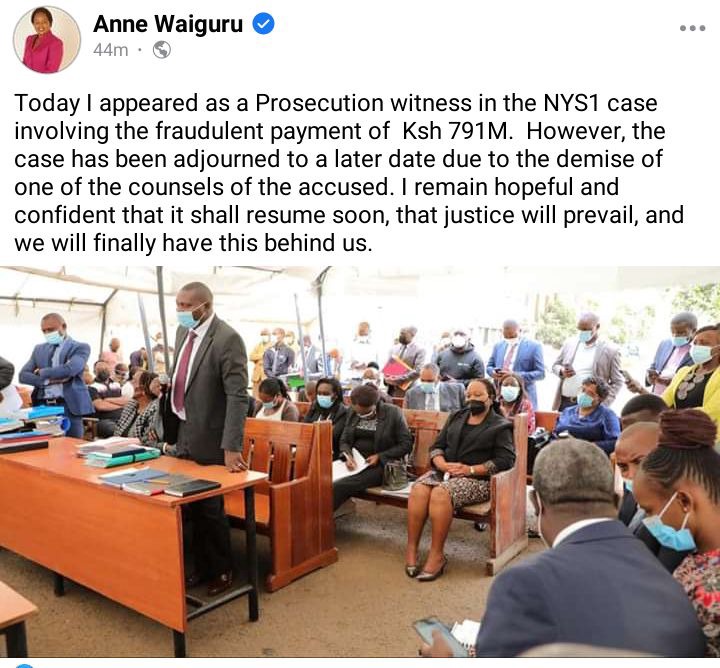 It was in September 2015 when the director of public prosecutions asked Governor Ann Waiguru to record a statement following the loss of the funds.

Kenyans have reacted to Waiguru's post as fans expressed different opinions and feelings over the NYS cased linked to her.

Some of the mixed reactions that ensued after Kirinyaga County Governor Anne Waiguru took to social media her message are as shown in the screenshots below: 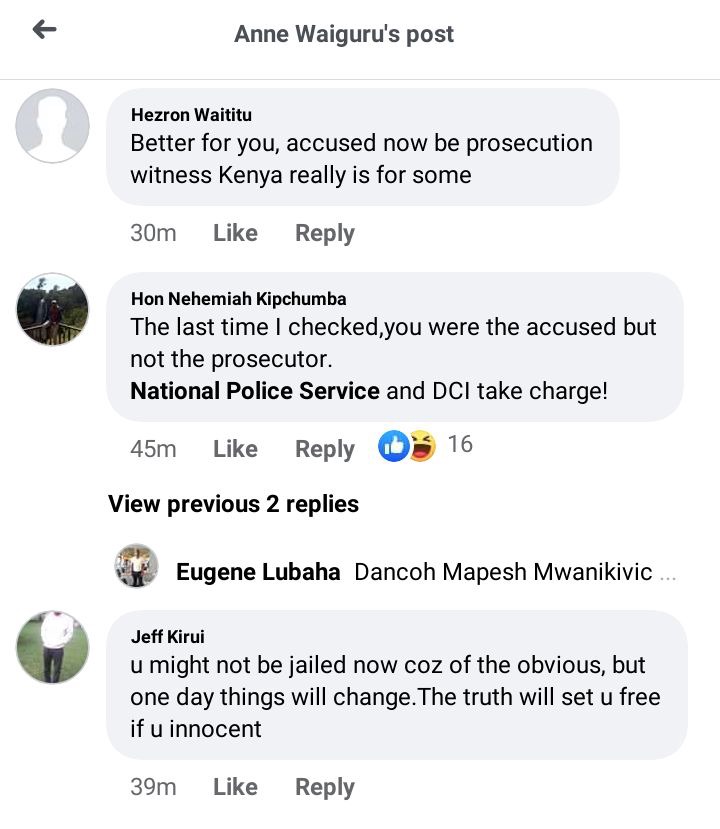 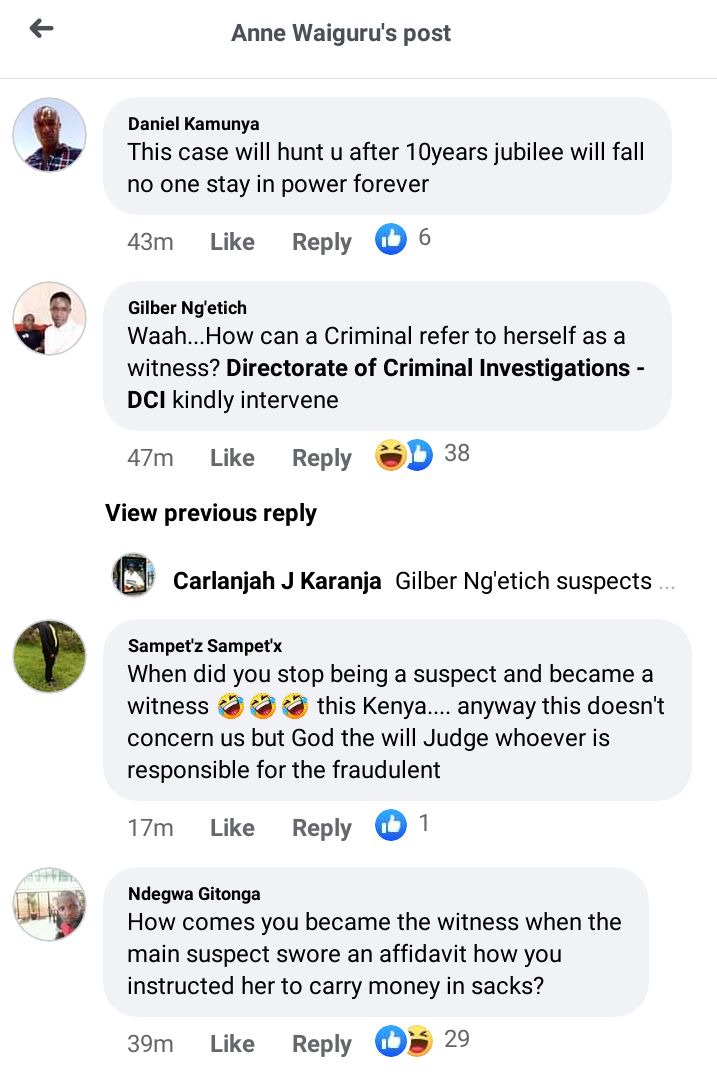 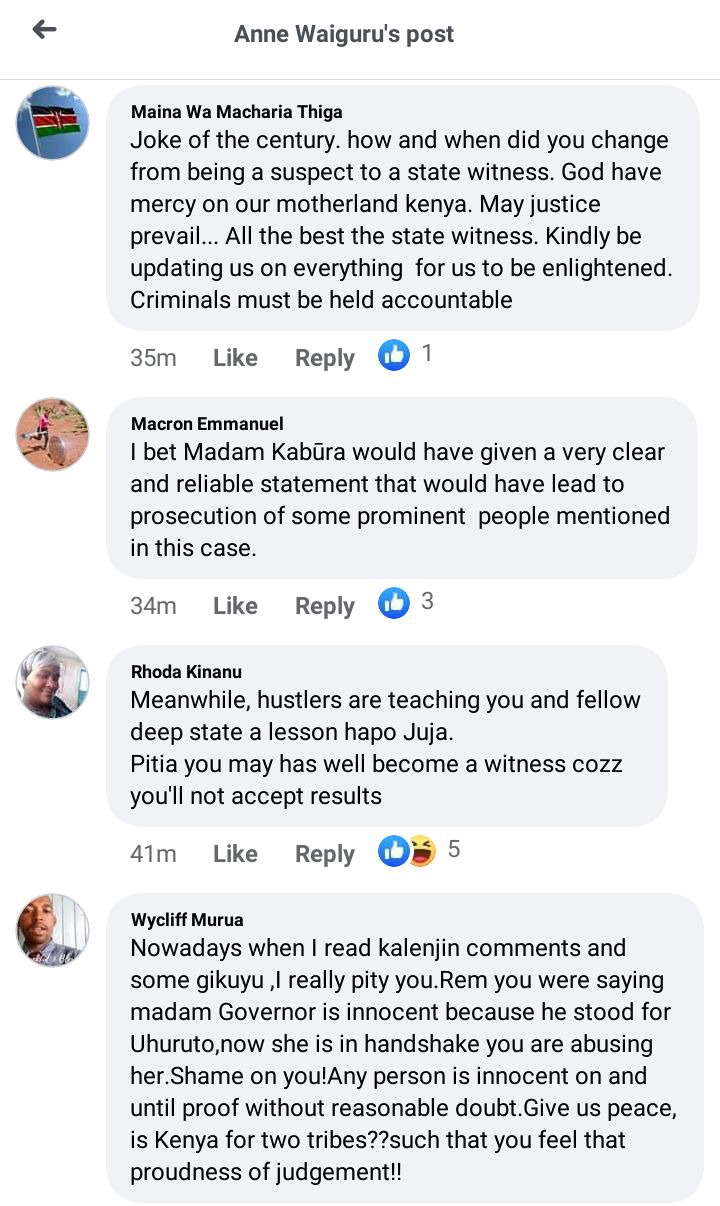 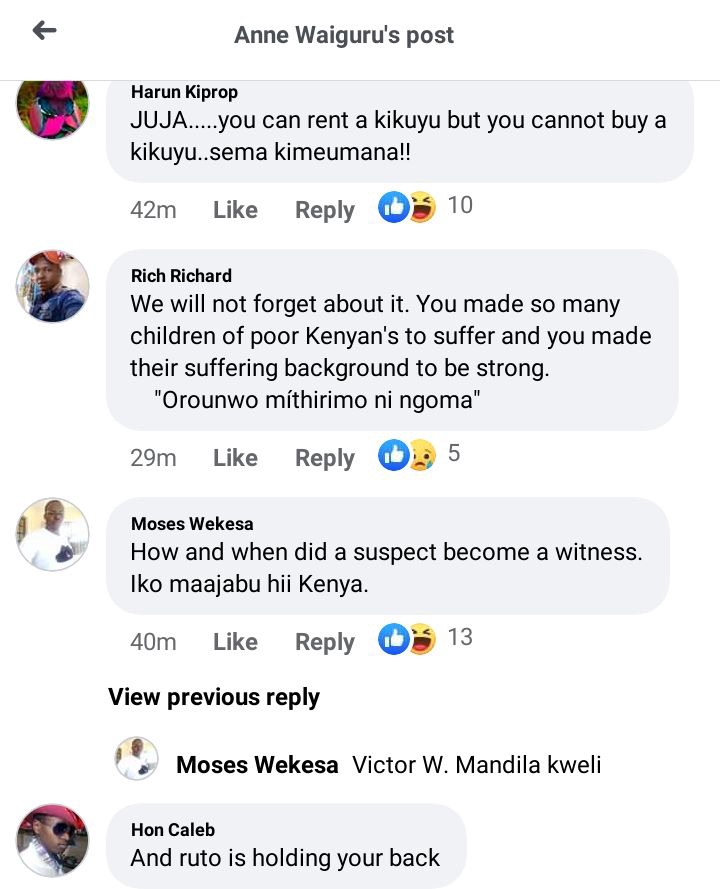 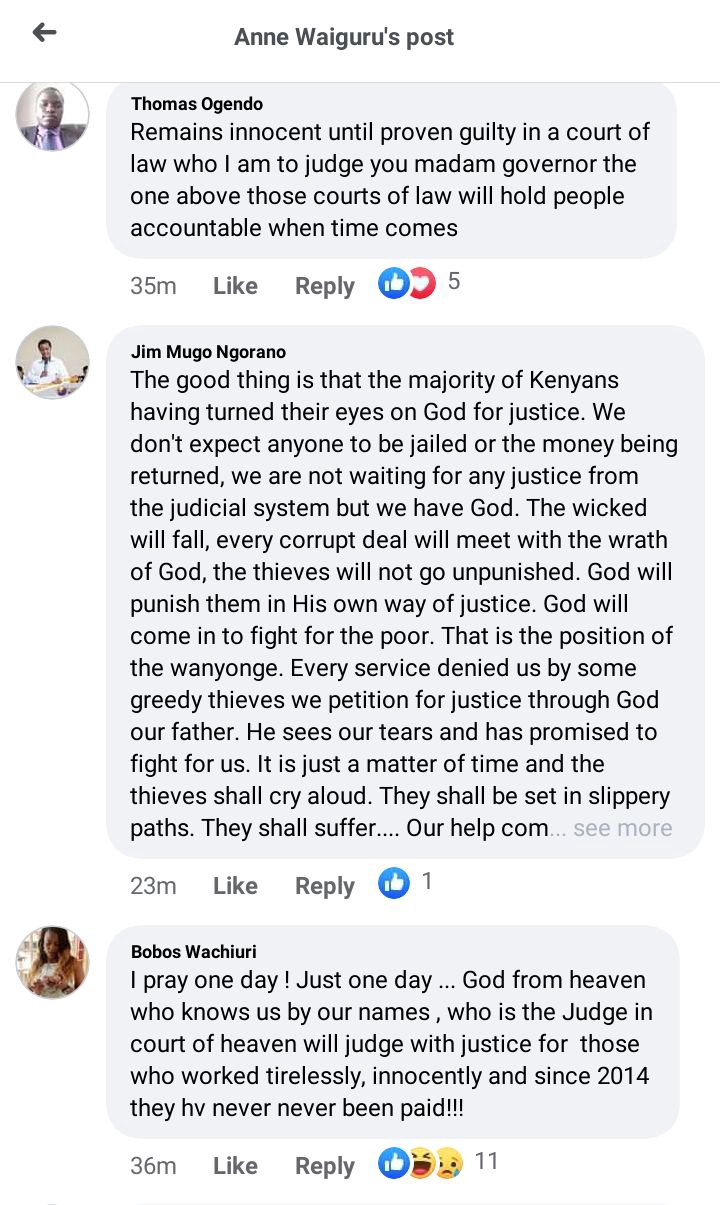 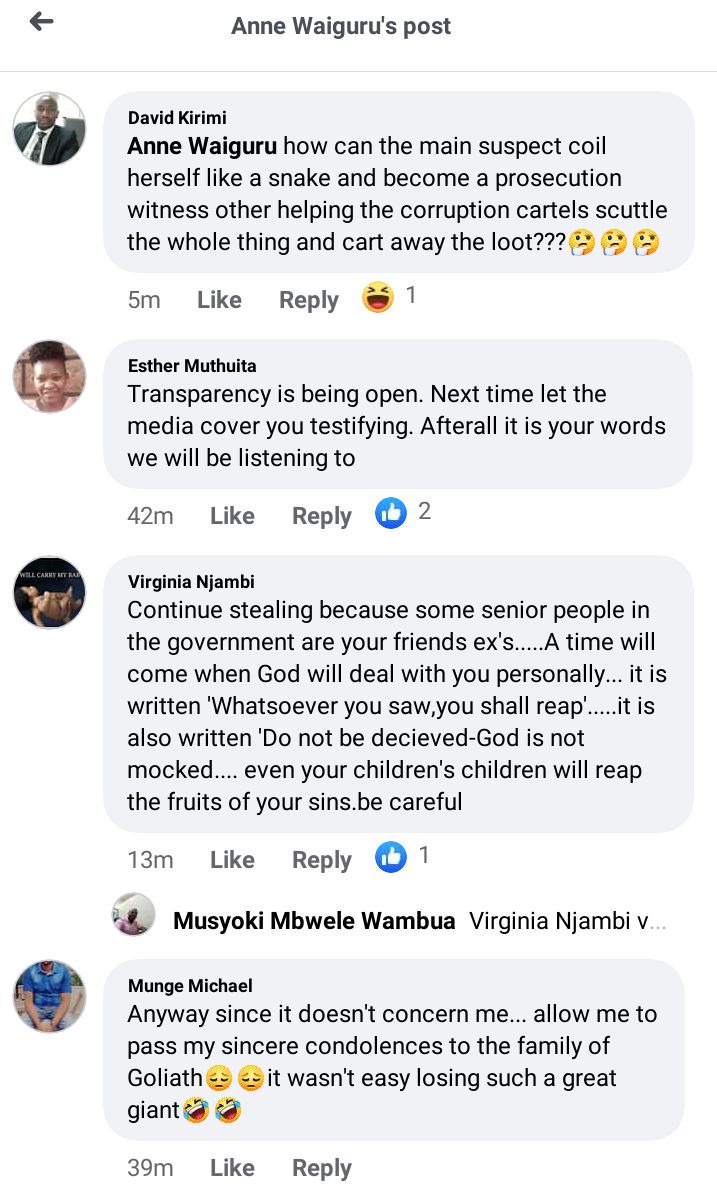