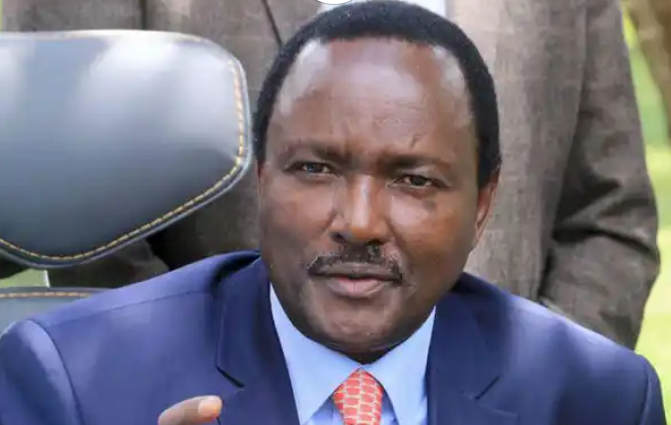 Kenyans should prepare to see a Wiper leader Kalonzo Musyoka and Moses Wetangula (Ford Kenya) ticket in 2022 should things not go according to the plan for the former Vice President.

This comes amid reports that Kalonzo, under pressure to go for the top seat in the coming polls, could have settled on Wetangula as his running mate should ANC leader Musalia Mudavadi refuse to do it.

This is according to sources who spoke to The Star, who have revealed that his allies are the forces behind the plan, and are insisting that he must be in the contest and shouldn’t not rally behind Mudavadi.

Among those pushing him is Mavoko MP Patrick Makau, who says that Kalonzo deserves the support of the other OKA chiefs; Mudavadi, Wetangula and Gideon Moi and must also be in the race.

“What we want is to propel Stephen Kalonzo Musyoka to the State House. He is the best, even in Oka. He is the most experienced and most suitable of them all to become the fifth president,” he said.

Should things go according to the plan and the alliance remain solid, then the four leaders are expected to name the presidential flag bearer they will have agreed on by December.

After this, the paper was told, they will kick off their campaigns, with further details suggesting that there will be no nominations to pick the leader of the pack.

“We believe in consensus. Through a consensus, OKA will get the candidate who is best suited to lead the team,” ANC Deputy Party Leader Ayub Savula said.

Of the four, only Mudavadi and Kalonzo seem serious about the presidency, with Wetangula appearing to some degree uninterested. Moi has launched his bid but is seen as likely to back ODM boss Raila Odinga.

There are also reports that the entire team, except Mudavadi, could end up rallying behind Raila, thanks to pressure from President Uhuru Kenyatta and some top state officials said to represent the Deep State