By olageKE (self media writer) | 21 days ago 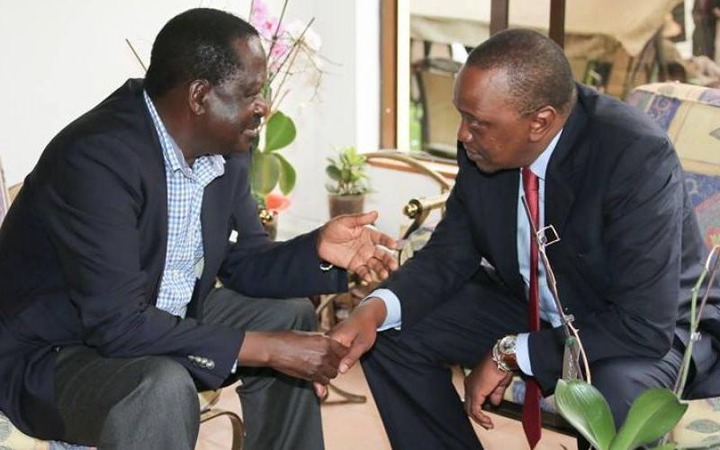 Deputy President William Ruto together with his camp blamed Uhuru, Raila handshake for the fallout between Uhuru and Ruto.

The handshake switched the political sphere, creating strong ties between Raila and Uhuru. The handshake gave Raila the thrust he so deserves in order to cruise through Uhuru's backyard in his presidential bid.

For team Ruto, the handshake wasn't aimed at uniting all Kenyans for Mr Ruto wasn't included in the pact.

While speaking to tycoons from the Mt Kenya region, the ODM boss highlighted how the handshake manifested. 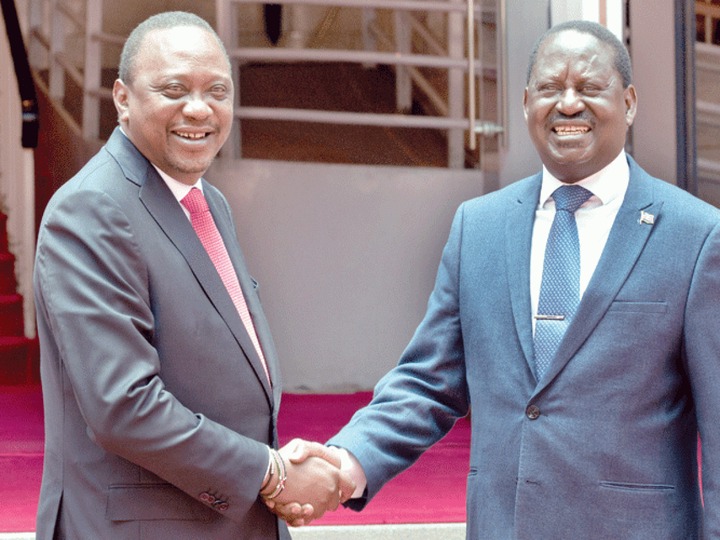 The ODM boss revealed that their first meeting was a solid 13 hours, and for the first two hours they both looked at each other after which they blamed each other for the past insults. Uhuru complained that Raila repeatedly called him a drunkard and Mr Odinga responded by saying that Uhuru called him a 'Muguruki'

The audience broke into laughter as Raila disclosed what went down the first hours they met. 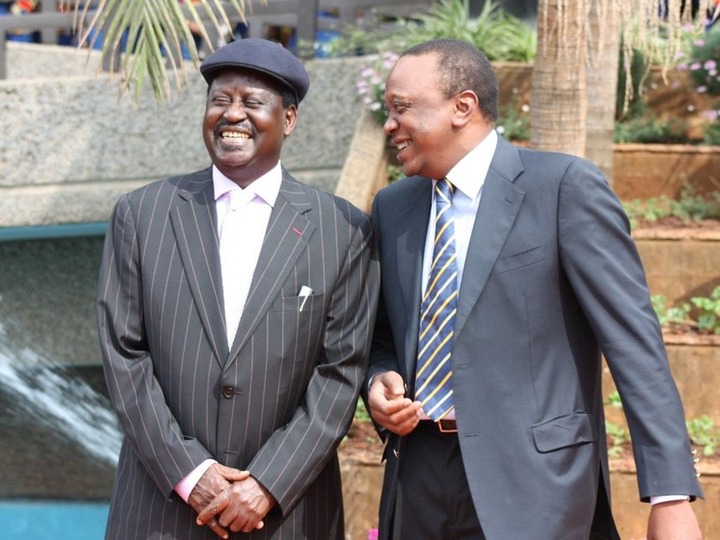 Raila mentioned how they decided to push behind their differences and join hands to mould together a better Kenya.

Raila's admission comes at a time when Ruto has started stalling attacks on his boss. Careful observation reveals that Mr Ruto is now taking on Raila directly as he has stopped using the hustler-versus-dynasty narrative which was denounced as inciteful.