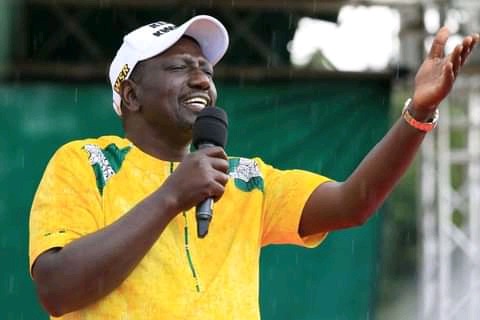 Deputy President Dr William Ruto has claimed that Azimio la Umoja Movement-One Kenya Alliance coalition, led by ODM leader Raila Odinga has no agenda in fighting corruption instead they are just hoodwinking Kenyans about the corruption crisis in the country. Ruto claimed that Raila is surrounded by the Kemsa scandal beneficiaries, hence if he wants to fight corruption he should start with himself because he is the one who benefitted from Kemsa money together with his allies.