By Olmoran.news.com (self media writer) | 3 months ago 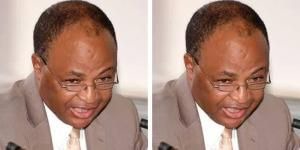 Ugandan Member of Parliament (MP) David Wakikona, who was reported missing after taking a taxi in Nairobi has been found.

Kilimani OCPD Andrew Muturi confirmed that Wakikona was found by officers attached to the Directorate of Criminal Investigations (DCI).

Muturi added that the lawmaker had already travelled back to Uganda and that the DCI was conducting a further probe on the matter.

"There was a missing persons report filed at the police station and the DCI took over the investigations. He was found and has already returned to Uganda," stated the OCPD stated.

According to the police report filed at the Kilimani police station on October 3, his colleague, Emmanuel Opio noted that the MP had boarded a taxi from a residential area in the upmarket estate to ferry him to the Central Business District (CBD).

"Wakikona had checked in at Samura Court along Argwings Kodhek road together with his colleagues and his whereabouts remain unknown,” the report read in part.

A guard who was manning the gate stated that Wakikona had asked him to get him a cab to Tom Mboya Street as the destination.

The MP was in the company of other lawmakers of the Ugandan Parliament who had rented out the apartment during their trip to the country.

A former Minister for Trade and Industry, Wakigona was elected back to parliament in the January 2021 General election to represent Bukigai County in Bududa District.

He was elected under President Yoweri Museveni's National Resistance Movement (NRM) party and is a close ally of the head of state.

Wakikona initially represented Manjiya County and served as the State Minister for Northern Uganda in 2006. He is a trained pilot and served as the former Director of Soroti Flying School and General Manager of Uganda Air Cargo