"Has Ruto Secretly Approached Moses Wetangula For a 2022 Coalition?" Richard Onyonka Says This 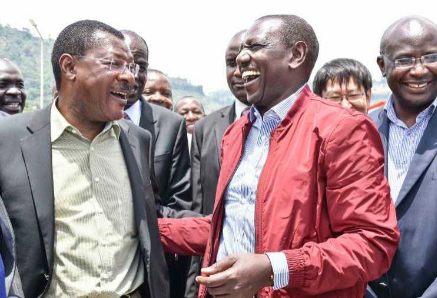 Reports have been going viral that Deputy President William Ruto has been secretly reaching out to Ford Kenya's party leaders Moses Wetangula in a bid to consolidate his camp ahead of the 2022 general elections.

Speaking with the Nation on Sunday, the party's leadership led by the deputy party leader Richard Onyonka dismissed the allegations, revealing that Ruto's camp had not made such a move.

He went on to state that Ford Kenya was in working agreement with ANC, Wiper and Kanu under the One Kenya Alliance, and they believe in the ideologies of the new political outfit.

"The information circulating that Ruto has approached us is not true. At the moment, we are believing in OKA," posed Onyonka. 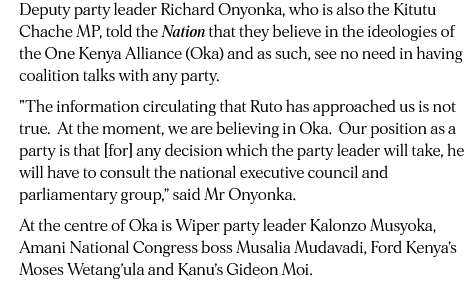 He however added that the party's political journey is tied to consultations between the party leader, the other party officials, parliamentary group and also the National Executive Council.

Onyonka was also keen to state that the party was open to coalition talks, but stated that it was too early to make the moves, since as supporters of the BBI report, they were awaiting the Court of Appeal verdict.