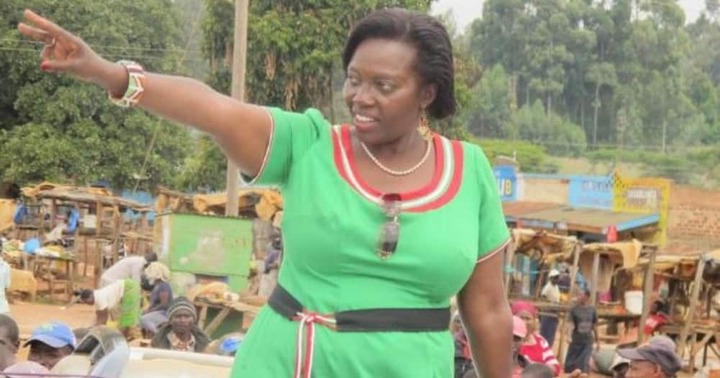 Trouble could be looming inside Azimio la Umoja One Kenya Alliance coalition after a jubilee candidate in Kirinyaga county asked Martha Karua's Narc Kenya candidate to step down from the county's gubernatorial race.

This was after the current Senator and Jubilee party gubernatorial aspirant Charles Kibiru and his running mate Peter Ndambiri asked Narc Kenyato withdraw its candidate from the race and be satisfied with the appointment of Martha Karua as Raila Odinga's running mate.

The two said Muriithi Kagai should step downa nd allow them to run for the seat since they are already assured of a place in government should Raila win in August.

"We don't have a problem with Narc Kenya party clinching position of the Deputy President, but then they are supposed to let Jubilee fly Kirinyaga county gubernatorial seat under Azimio la Umoja-One Kenya Alliance," Ndambiri told his followers during a political meeting in Kutus town. 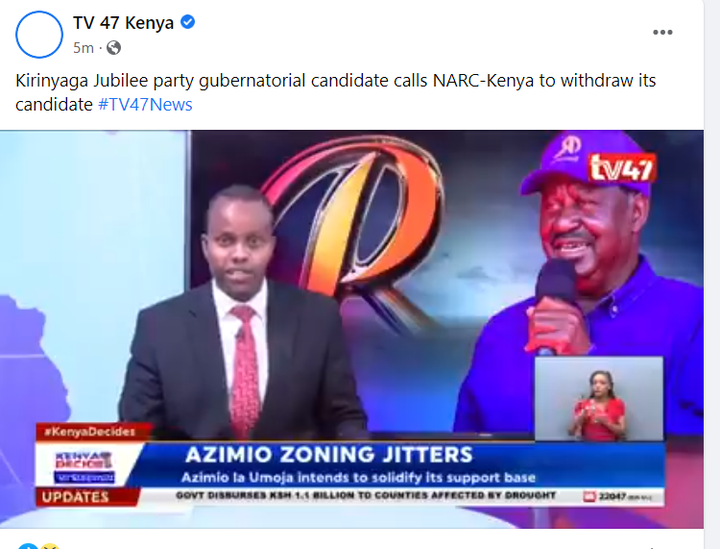 However, Narc Kenya's Kagai told off Jubilee aspirants saying they are competing on issues and how they will help the people of Kirinyaga and not based on parties. He vowed to stay put up to the ballot box.

"It's about the people of Kirinyaga and not about Jubilee or Narc Kenya. We want people who can deliver so that it will be merit, not mediocrity. Jubilee's demand is wishful thinking," stated Kagai

This comes just a day before IEBC gazettes the names of different aspirants in the 9th general elections. ODM Secretary-General Edwin Sifuna has insisted that the coalition will weed out all weak candidates before IEBC's deadline.

"If you have a problem with zoning, then that is your own problem, we want to have only one Azimio candidate in all our constituencies to increase our chances of defeating our competitors from Kenya Kwanza" stated Sifuna

He said George Aladwa had been identified as the coalition's only candidate in Makadara constituency. His sentiments were echoed by former Nairobi county gubernatorial aspirant Tim Wanyonyi who said he willingly accepted to step down for Igathe to boost Azimio's chances of clinching the seat.

Kenyans told on the meeting Ruto held in Karen with Kenya Kwanza leaders and some presidents.