Business tycoon Jimmy Wanjigi is serious with his Presidential bid ever since he announced it a few months ago.

His move was arguably received well by the youths, influencers like Eric Omondi soon started to drum support for him as the rightful candidate.

Approaching 60, the businessesman has a vast opportunity to turn things to his favour in the murky terrain of Kenyan politics.

The fallout between Raila Odinga and Jimmy Wanjigi is almost often addressed by the good deeds the latter extended to Mr Odinga. We are reminded of how Raila sought refuge in Wanjigi's home after rumours had it that the Authority wanted to deal the former Prime minister a blow.

Wanjigi's presence in Raila's ring meant some concrete plans for the ODM boss. This included the Wanjigi's proposed NASA tallying centres. Aside from that, the billionaire funded Raila's campaigns on the mighty hope that the ODM leader will hoist himself to the accent seat.

Mr Wanjigi has in the recent past earned the support of many youths, especially those hailing from Nairobi and frequently using Twitter.

His understanding that communication is key could help him sell himself to many people across the nation. He knows how to use the internet to his favour and this is supported by his 2018 efforts to update the public of the happenings when the authorities wanted to arrest him. 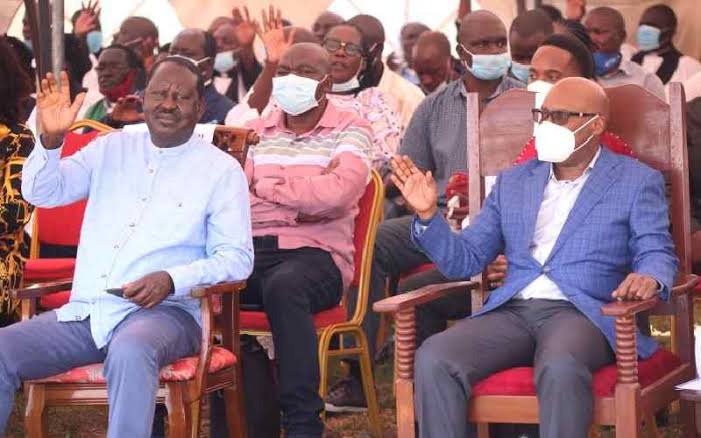 Compared to Nairobi's ex-governor Mike Sonko, Wanjigi appears to be fit for the Nairobi's gubernatorial seat. He's success isn't tarnished by allegations of corruption and also, many render him as a self-made billionaire. If he takes on the seat, he certainly won't make political blunders that Sonko made.

Wanjigi could stand a better chance of becoming victorious should he push aside his Presidential bid and rather focus on winning the Nairobi's top seat.

Should he seek Raila's endorcement, Mr Wanjigi could easily become the next governor of Nairobi county.