By Thelivis (self meida writer) | 22 days 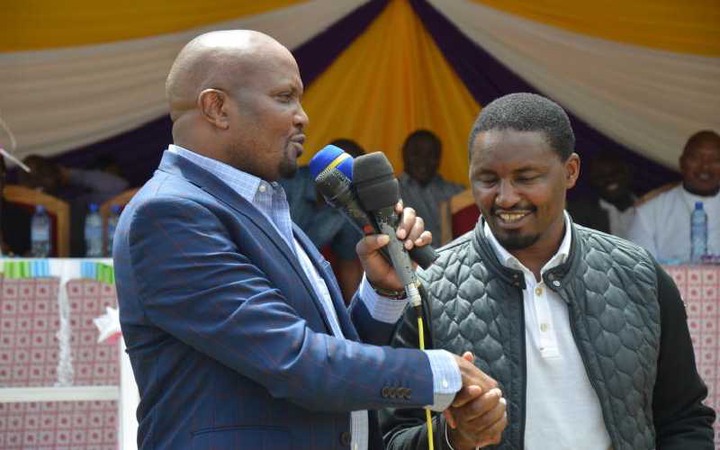 Although the Building Bridges Initiative (BBI) led by President Kenyatta and Raila has proposed an extension of the Executive Council to include the post of prime minister and two deputies, it is unclear whether the process will end and take effect before elections.

Now, aspiring candidates to run for office against presidential opponents are expanding their political work as they seek to please them. Last week, Tangatanga leaders in the Mt Kenya region set up a committee that they hope will use it to secure positions in support of Ruto's bid for the presidency.

Members of Parliament in the region believe that having produced three presidents, Jomo Kenyatta, Mwai Kibaki and Uhuru, they can sit back in 2022. Kirinyaga Women's Advocate Wangui Ngirici said the constituency was not ready for a presidential election and most politicians could not pull the crowd out of their seats.

“I will still see the leader of Mt Kenya who is able to pull the crowd out of his district or region. What we have is the chiefs of the region and I believe that is what is hurting the president. The district is looking for an independent and fearless person but most of the district leaders who are committed to being president do not have those qualities, ”said Ngirici.

MPs Nduati Ngugi (Gatanga) and Peter Kimari (Mathioya) agreed with the woman that the region was not ready to produce a candidate for the presidency, but said that the Head of State would decide which political direction the region would take.

Mr Kimari said: "We have numbers, we may not produce a president but our numbers are enough to produce a vice president or other senior position to be created by the proposed BBI Bill."

Politicians, including Laikipia Senator John Kinyua and Nyeri Woman Reperi, Rahab Mukami, have set their sights on Kiunjuri, stressing that apart from Meru Governor Kiraitu Murungi and Karua, he is the largest politician in the region.

Mr Kinyua said the former CS was a veteran politician who was widely accepted in Mt Kenya. "He has what it takes to be not only a candidate but also a candidate for president," he said. Following his ouster from President Kenyatta's Cabinet in January 2020, Kiunjuri launched The Service Party (TSP).

"The Kenyan Service Party wants to be a grassroots national party that will not only be a woman's voice but also look at politics differently," she said.

But Kiunjuri will have to deal with Kirinyaga Governor Anne Waiguru who cares about political ambitions, if her latest steps are a thing of the past.

On Wednesday, Waiguru met with Raila in what appeared to be a very popular ODM leader. In the West and the Coast, a certain faction of leaders is working to catch the eye of presidential candidates. Kakamega Governor Wycliffe Oparanya has been plagued by witchcraft and three weeks ago he met Ruto, Raila and Kalonzo - the three candidates.

Oparanya, who is serving his last term as governor, has thrown his hat in the ring to get a ticket for the ODM presidency with his Mombasa counterpart Hassan Joho. He admitted that he met several times with Ruto to discuss the 2022 politics.

“You can be his enemy, but the vice president is my friend. Kenyans should allow leaders to express themselves and speak freely, ”Oparanya said.

Kilifi Governor Amason Kingi is expected to launch the event next month, which he wants to use to bring together the Coast region and negotiate at the national table.

Mulled Plan by Uhuru and Raila to Save BBI Bill

Lawyer Ndegwa Njiru: Always At The Centre Of Impeachment Motions

Embarambamba Does It Differently On His New Song

The List of the Top Performing MPs According to the Latest Poll, Where is Your MP