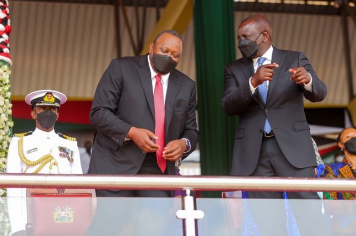 For months now, President Uhuru Kenyatta and his Deputy William Ruto have been under pressure from religious leaders across all denominations to denounce their differences and read from the same page for the sake of Kenyans as the country inches near the 2022 general elections.

Their fallout was reported to emerge from the 2018 March handshake between Uhuru and the former Prime Minister Raila Odinga.

Almost a month ago, Catholic Bishops argued that the reconciliation talks had hit a deadlock after 'disinterest' from the duo, remarks that did not sit well with Ruto's camp who said they had officially communicated to the Bishops.

On Mashujaa Day last week, both Uhuru and Deputy were seen on public sharing light moments which came four months after they shared podium in Kisumu during Madaraka Day.

According to analysts, the two are still 'buddies' and their body language could not go unrecognized.

As quoted by the Standard, Kericho Catholic Bishop Mr. Alfred Rotich said that since they made another move in pushing for the reconciliation, there has been a great improvement from the two sides, and that fresh behind the scene talks had begun.

"The process is on going, beacon have been pitched and what remaining is normal surveying. We could have a breakthrough before Christmas," said Rotich.

Another source from the government who sought anonymity confirmed the talks stating that there is a general agreement by the two parties to end their differences. 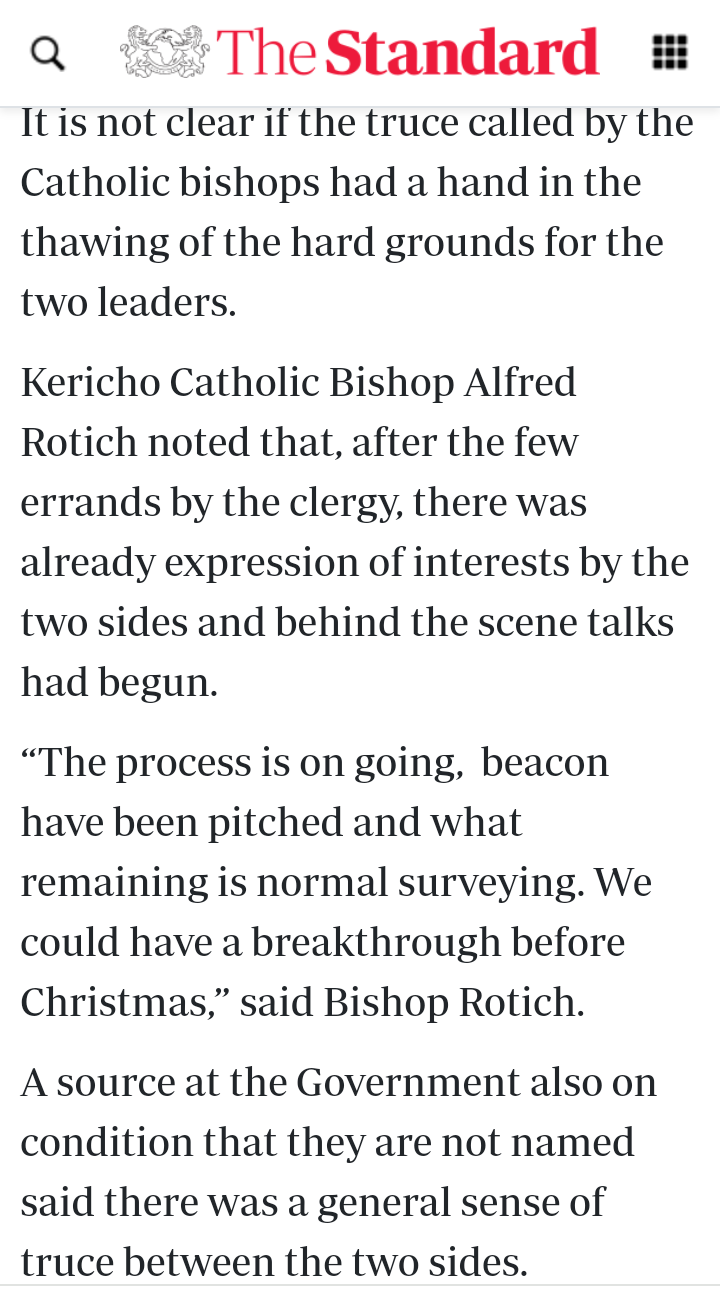