Former Rarieda Mp Honorable Nicholas Gumbo has called upon the inspector General of police, Hillary Mutyambai to conduct an investigation in order to find a group of Goons who allegedly Stoned his motorcade.

In a news report that has been shared by a reliable source of information, it has been revealed that the renowned politician was heading to Raila's Rally before he was stopped by the suspects who blocked him.

Addressing this issue, the renowned politician who ditched ODM for UDM has urged the police IG to conduct an investigation in order to arrest these suspects.

This is happening at the same time when the former prime Minister of Kenya and Orange Democratic Movement party leader, honorable Raila Odinga has called upon kenyans to make sure they stay peaceful ahead of the oncoming General elections which is supposed to be held in a week's time.

In his own words, the former prime Minister of Kenya has called upon kenyans to also vote for him in the oncoming General elections stating that he is going to deal with the increasing number of corrupt government officials and politicians stating that corruption is the major problem in the country.

While reacting to this incident, kenyans who took to their different social media accounts to express their opinions and suggestions on the matter have called upon the inspector General of police along with the director of criminal investigations to conduct an investigation in order to find out who ordered these goons to do this.

According to the reports given by most Kenyans, they claimed that it was so unfortunate that the government is yet to do something about the increasing cases of chaos and politicians who are currently being Stoned in different political rallies despite the fact that the country is heading to the general elections. 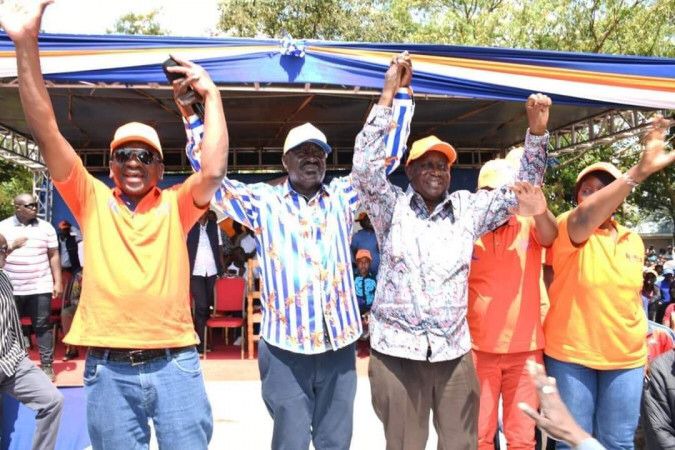 Latest Provisional Results as Per Report From Nation

The Verification Of Presidential Results Begins At Bomas