"We Must Make Voting Compulsory, Because Many Kenyans are Ignorant About it" Ruto Ally Says

Former Kakamega senator Bony Khalwale has said that the government should move with speed and set up laws that will make voting compulsory in Kenya in order to curb the problems of low voter turnouts and negligence when it comes to national Identity collection in the Country.

Through a statement during an interview, Khalwale said that Young people have been reluctant on several occasions to vote, and it's now time that they should be made responsible and laws put in place to ensure everyone appears to the voting stations. He added that this will help to rise the voter turnout to around 95 %, which is a better number than before.

"I think we have a solution to this problem of low voter turnouts. I propose that we make it compulsory for Kenyans especially the youths to vote, and that will make a difference because around 95% of the people will come forward. We have witnessed such ignorance when it comes to Collection of Id's and registering as voters in the past and we have to fix that. " He said.

Speaking about matters of politics, the former Senator blamed His Lugha Kingpin Musalia Mudavadi together with Kalonzo Musyoka for allegedly preaching tribalism among Kenyans and seating on the negotiation table alone instead of involving their fellow leaders and voters from their region. He added that Dp Ruto is on a Mission of Mobilizing Voters from all Counties so that they can vote Him in not on tribal basis. 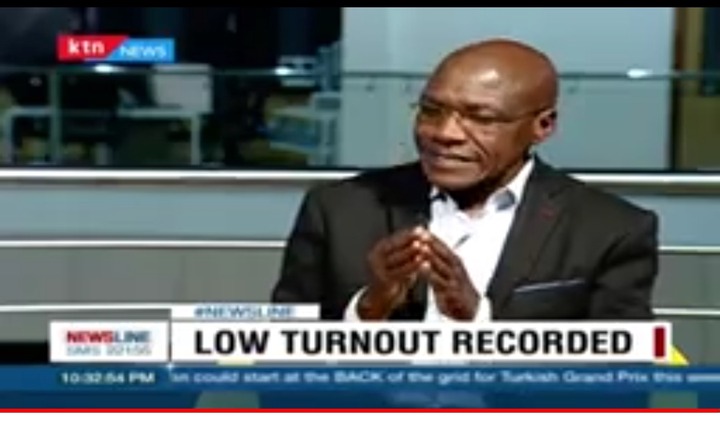 "We also have a problem with some leaders such as Mudavadi, Kalonzo and other tribal Kingpins who want to take Kenya towards the issue of tribes so that Kenyans can vote for them depending on their places of origin.They also sit on the negotiation table alone leaving other leaders from their backyards, and the people who make them ascend to power. Ruto and our camp are spreading the message of unity and avoiding Tribalism by engaging people from all Counties. "Khalwale added.

The Tangatanga politician said the sentiments during an interview with KTN News today evening where He was speaking of the current affairs that is going on in the Country, at this period when the political heat is getting higher every day.

This also comes at a time when the voter registration exercise has been affected all over the nation today after very few Kenyans turned out to register for the exercise.

KPLC Anounces a Long Electricity Blackout On Wednesday October 20, Check If You Will Be Affected