The Daily Nation, The Standard And The Taifa Leo Newspapers Headline 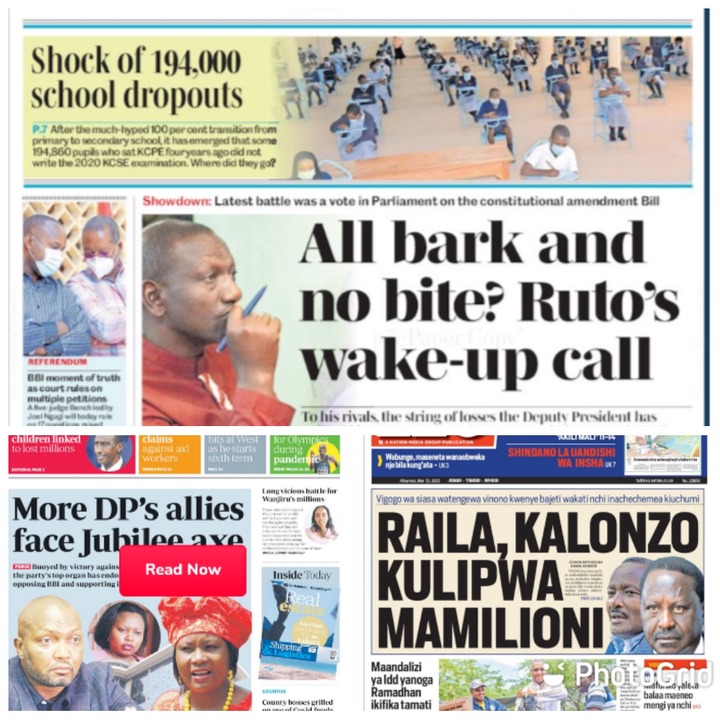 The papers publication features how the deputy President William Ruto's allies bark but does not bite.

This came after the National Assembly and the senate voted in favour of the 2020 Constitution Amendment Bill, the Bill the second in command did not support. 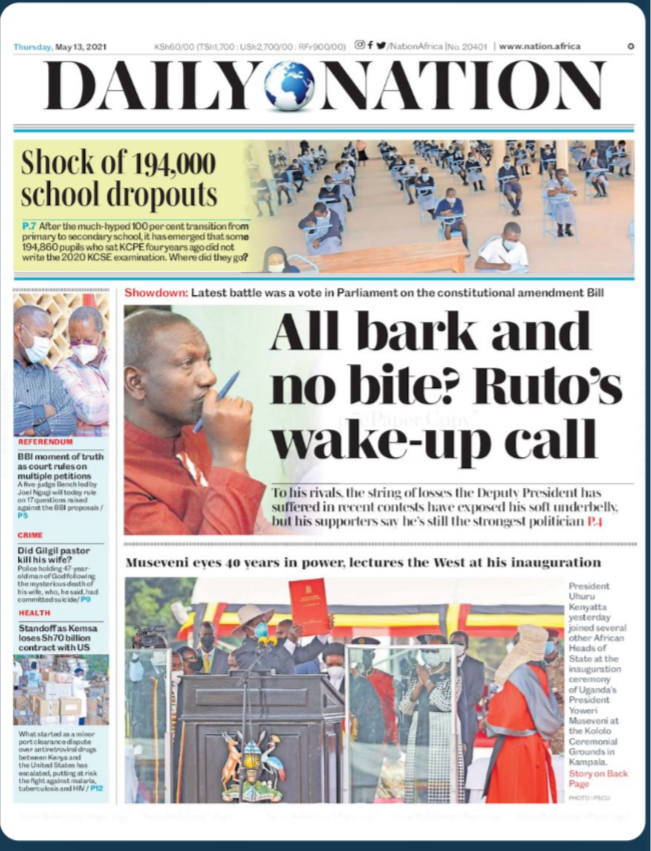 According to the publication,DP Rutos rivals sees the strings of loses Ruto has suffered in both the National Assembly and the Senate as exposing Ruto's soft underbelly.

However,Ruto's allies feels he is still the strongest politician in the country, claiming the second in command did not lost in both houses since he did not support or oppose the Bill. The paper speaks about the ruling party targeting more members allied to the second in command.

Jubilee is targeting nominated leaders who had declared their allegiance to the second in command and shifting their focus to United Democratic Alliance (UDA) party,which is associated with DP Ruto.

The nominated leaders were earlier on suspended from the party due to gross misconduct and shifting their allegiance UDA.

According to the reports,nominated Senator Isaac Mwaura,who was nominated to represent people with disabilities,has already lost his seat.

Reports have emerged that the ruling party is now targeting more Ruto allies like Senator Omanga,Moses Kuria among others. 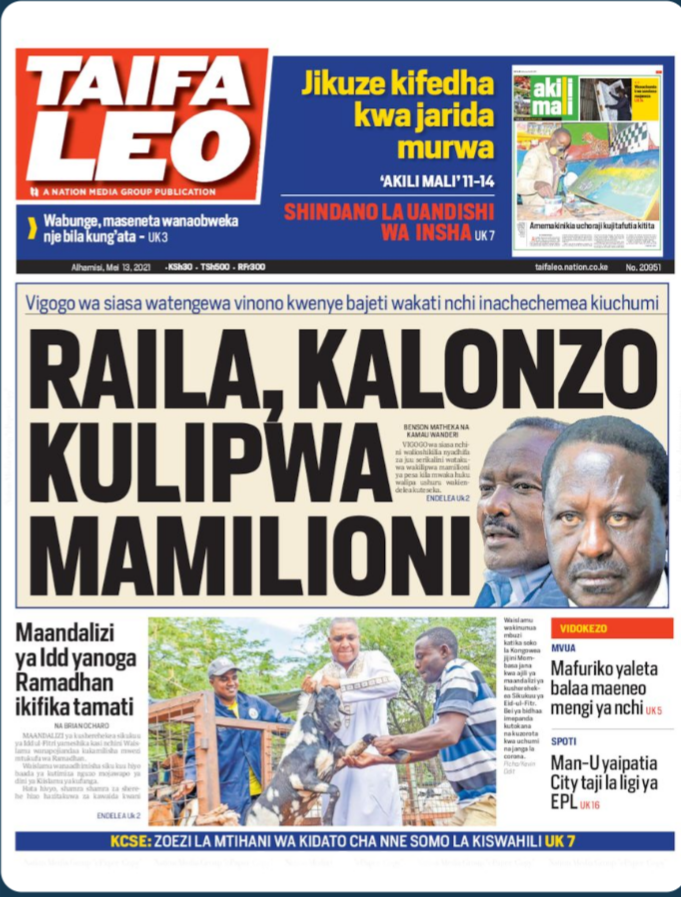 The publication speaks about how Kalonzo Musyko(the former vice President)and Raila Odinga the former prime minister will pocket millions of money a time Kenyans are suffering from the effects of Covid-19.

This came after the government budget set aside more money for them,despite the challenges the country is facing.