By JJ.NEWS.COM (self media writer) | 1 month ago 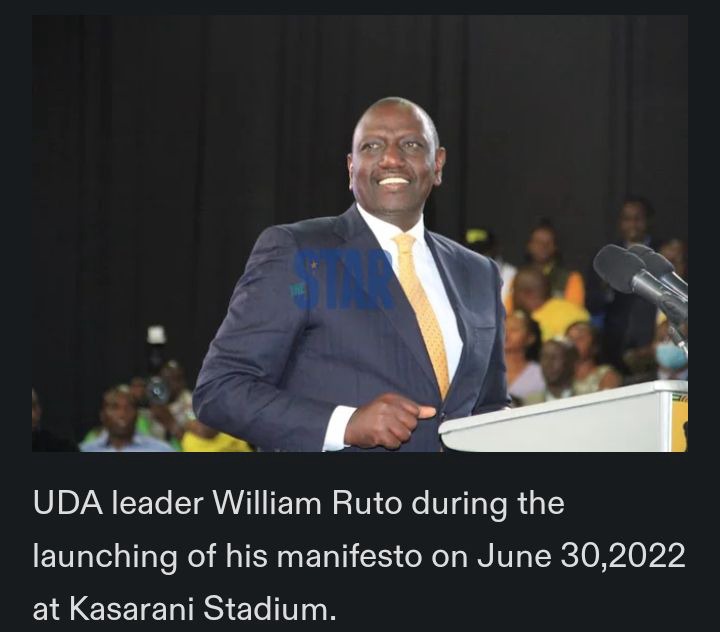 The accusations of DP Ruto by his opponents have created controversial speeches within the Kenyans. All over the social media, the supporters in both ally's ( that of Ruto and that of Odinga) have broken silence where Ruto's ally are standing firm with him and dismissing the accusations saying that it's political fights and irrelevant and unethical.

In the Azimio ally, their have accused Ruto allover the country much on their campaign in Homa Bay where Juliet Mohamed the Azimio La Moja spokesperson, released a tape which was heard from a recording during Ruto's meeting with Kikuyu elders in his Caren home claiming that Ruto almost slapped his boss Uhuru Kenyatta.

Despite the accusations being dismissed by the judiciary, It has becoming a campaigning tool by Azimio ally. Peter Kenneth goes dipper into digging that disagreements between Ruto and Uhuru was still there early in 2017 and not 2018 after handshake as Ruto claims.

However, deputy President William Ruto have stand firm and says he is the one and his government will take care of Uhuru when he retires. 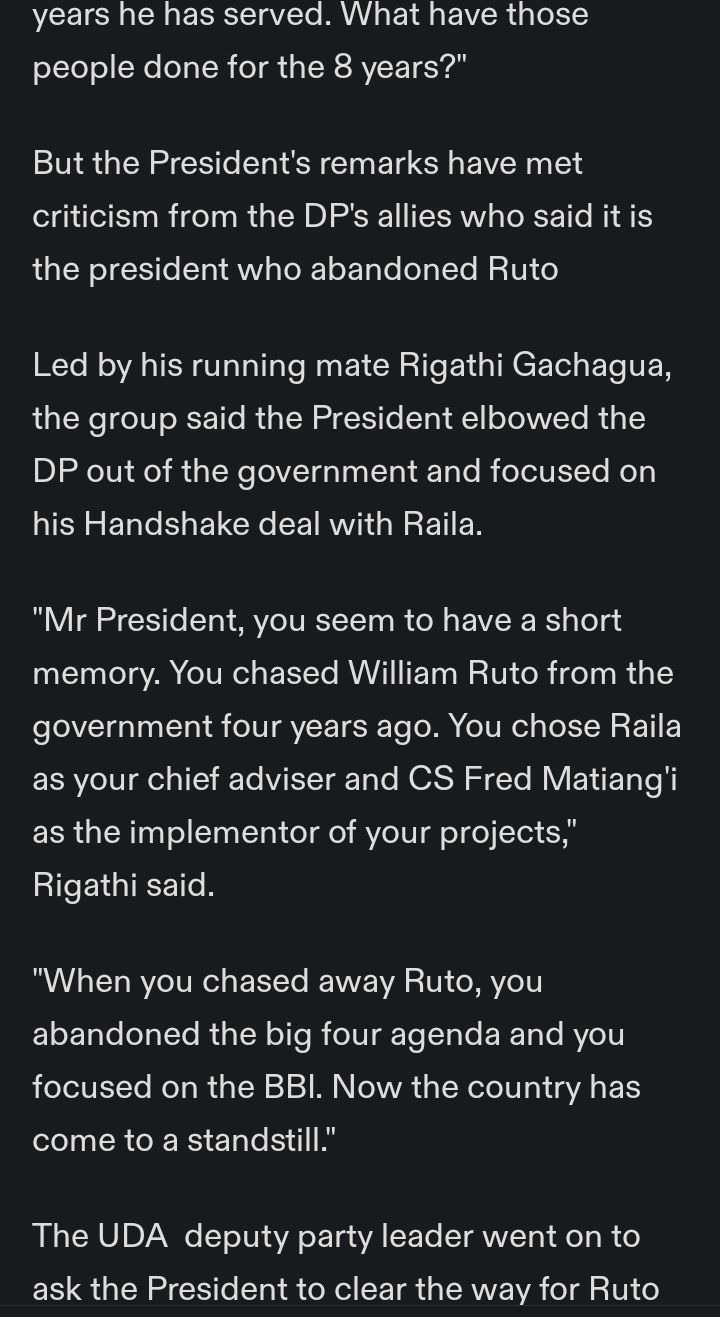 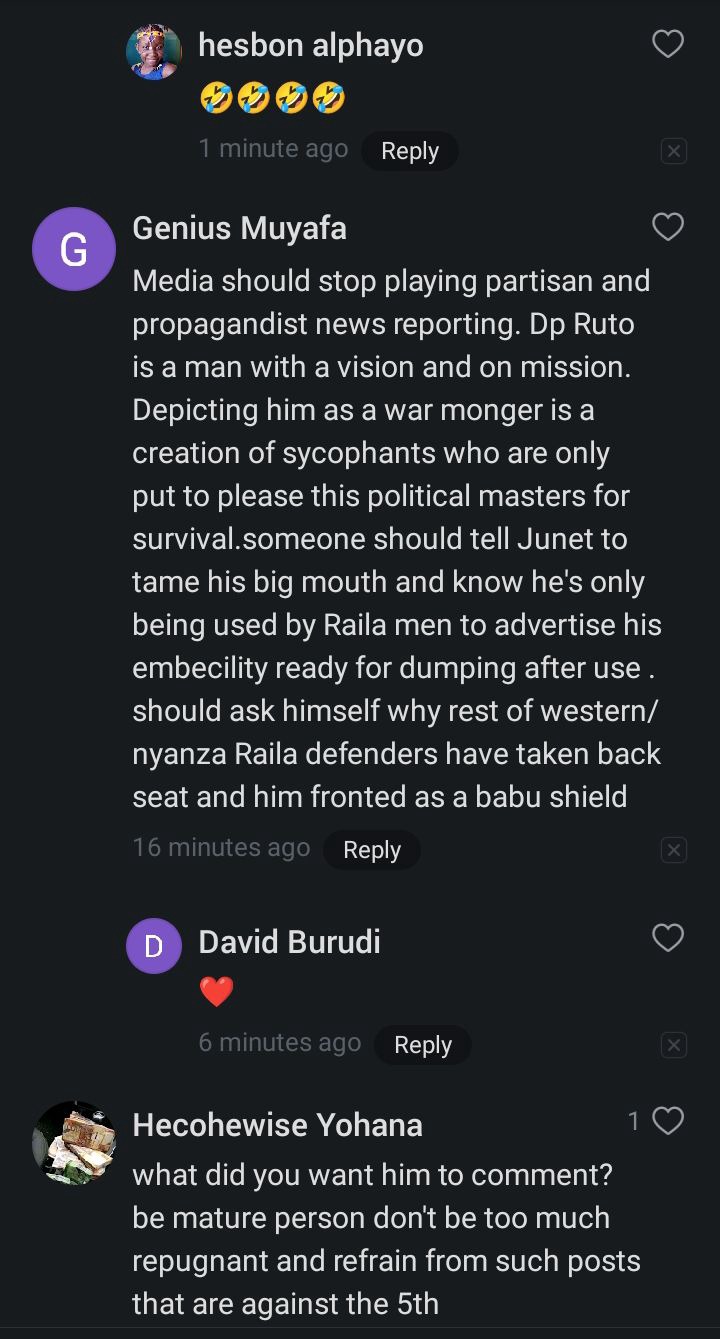 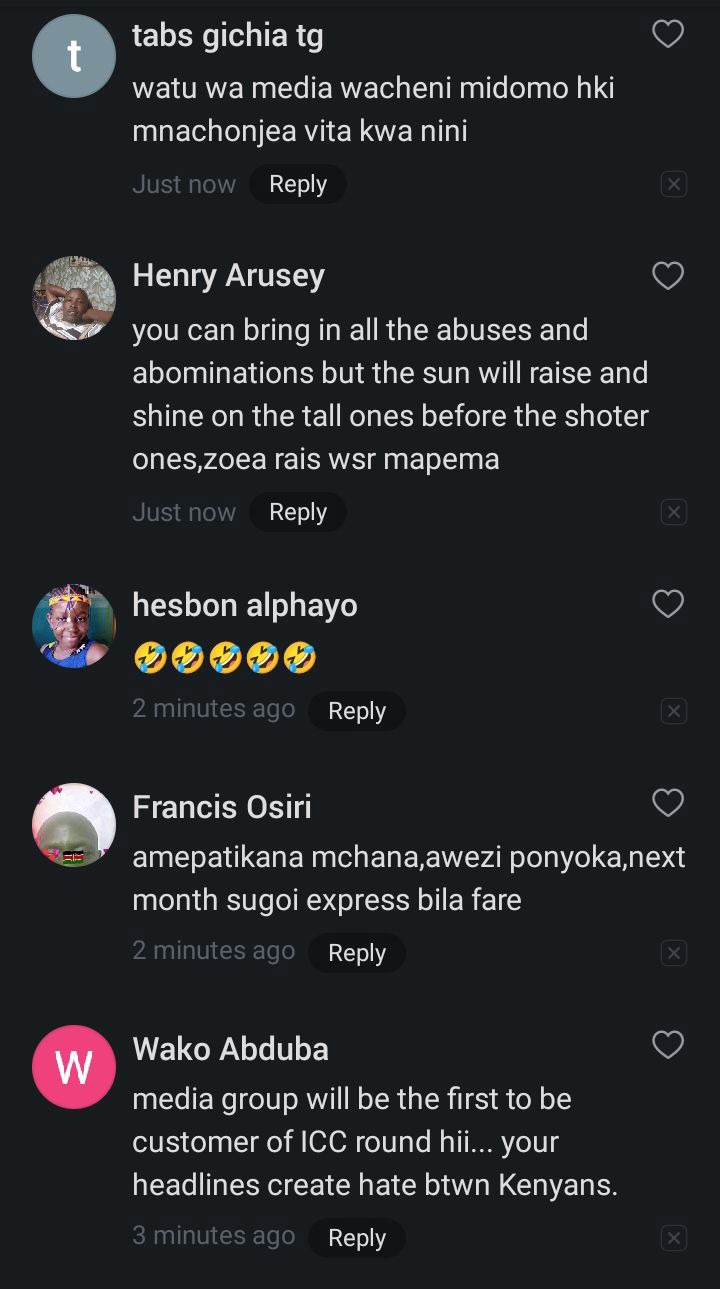 Content created and supplied by: JJ.NEWS.COM (via Opera News )